Hoorah for Rosenstein and Mueller!

Rosenstein: “No Allegations That Any American Had Any Knowledge” Of Russian Election Influence Operation

The Department of Justice indictment is here. The Department of Justice has issued charges against 13 Russian nationals involved with the Internet Research Agency, an organization at the center of fake news and trolling during the 2016 presidential election.

The US Justice Department has filed charges against 13 Russian nationals and three Russian groups for interfering with the 2016 presidential election.

In an indictment released on Friday (.pdf), the Justice Department called out the Internet Research Agency, a notorious group behind the Russian propaganda effort across social media. Employees for the agency created troll accounts and used bots to prop up arguments and sow political chaos during the 2016 presidential campaign.

Facebook, Twitter and Google have struggled to deal with fake news, trolling campaigns and bots on their platforms, facing the scorn of Capitol Hill over their mishandlings.

The indictment lists 13 Russian nationals tied to the effort. Prosecutors said the efforts began as early as 2014 to interfere with US politics, with trolls posing as Americans, creating false personalities and spreading fake news across Facebook, Twitter and YouTube.

“These groups and pages, which addressed divisive U.S. political and social issues, falsely claimed to be controlled by US activists when, in fact, they were controlled by defendants,” the indictment said. 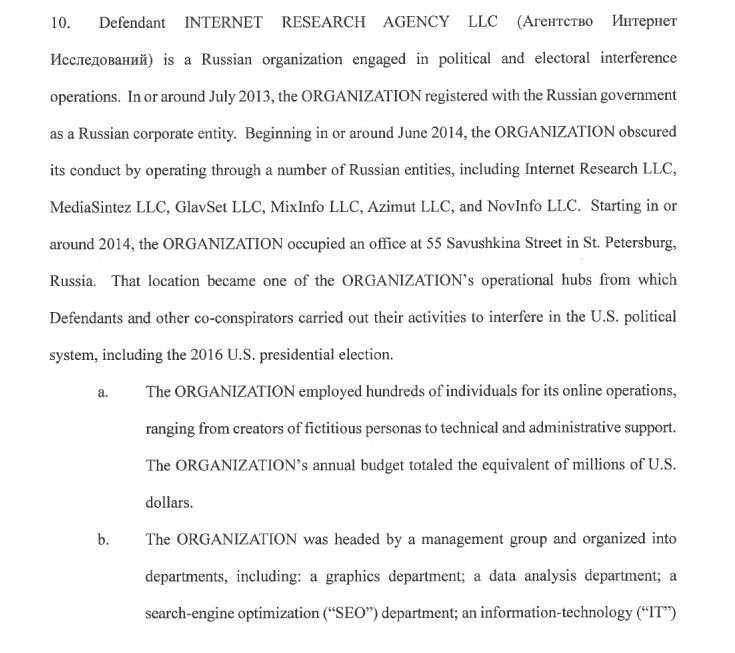 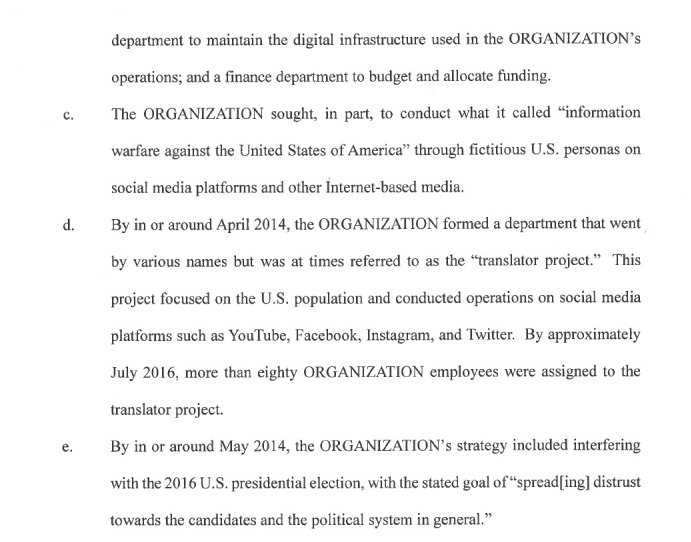