Last October, the President hosted a meeting of the Interagency Task Force to Monitor and Combat Trafficking in Persons. Not only is this a domestic issue, it is worldwide. Secretary of State, Mike Pompeo held a briefing on the matter.

So how about liberal media reporting some of the domestic successes? Anyone? Well read on.

PANAMA CITY, Fla. (WDHN) — A joint-investigation performed by Panama City Police and the FBI has ended with the arrest of a Pensacola man and the dismantling of a human trafficking ring. 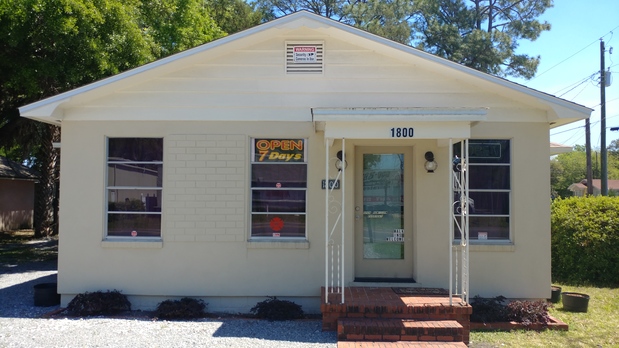 The investigation began in 2017 when investigators sent a confidential informant into a massage business at 1800 Beck Avenue. Once inside, an Asian woman offered to perform sexual acts on the informant for more money, investigators wrote.

As the investigation continued, officers learned that the business was owned by 41-year-old David Williams of Pensacola.

Late last week, Williams was arrested and charged with using interstate facilities for purposes of racketeering, conspiracy to commit money laundering, and the harboring of illegal aliens for commercial advantage or private financial gain.

The charges allege that Williams was exploiting undocumented women and offering sexual acts for money during massages at his parlors. The investigation originated from a tip received by the National Human Trafficking Hotline. The investigation remains ongoing.

“The defendant allegedly used his businesses to exploit women in several different states and force them into prostitution purely to line his own pockets,” Attorney General Josh Shapiro said. “Thanks to strong collaboration with our federal, state, and local law enforcement partners, we have put an end to this criminal enterprise and are seeking justice for the defendant’s victims.”

DeKalb County Police Detective: The DeKalb County Vice Unit, which is a part of the FBI MATCH Task Force, will be conducting an Operation Independence Day, which is an ongoing operation for the entire month of July.

The objective of the operation is to identify potential victims—underage females or males—who are forced into sexually explicit activities. The objective also is to rescue, recover, and provide all available resources for the victims who are exploited. So that’s what we are focusing on today in reference to trying to locate underage females and giving them help. Because they are victims. So we’re not going to treat them as suspects.

We have undercover officers here who are helping us out on various social media sites and escort sites looking for runaways, looking for essentially juveniles who have been posting themselves for commercial sex.

Once they make contact with that juvenile—and sometimes adult victims—then they will make a fake date with them wherein they’ll be intercepted at a predetermined location and brought back to this location where they will be interviewed and then provided services if they so request, and then transported to the hospital for a forensic examination.

We are here to rescue children and we are here to build good cases against traffickers. If we have developed enough rapport with the victim, we will build a case against their trafficker and hopefully charge them in federal court.

Radio Voice: Just make sure we don’t have any cars visible in that area.

Radio: We parked on the south side. I’m going to see if we can get him to walk over here.

Radio: He’s almost to our car, so if you want to roll up here, that’s fine.

Anne Darr, Victim Specialist, Denver FBI: A lot of the operations that we do also include social media operations. And typically what we see is underage minor boys who are engaging in unsafe methods online where they agree to meet for a date in exchange for money or anything of value.

And so it’s important that we intervene and that we provide education, awareness, and resources to them. So that way they don’t go back online and could meet somebody who could be an online predator.

Radio Voice: We’re on the south side of 7-Eleven.

Darr: What they essentially are doing is extremely dangerous. You never know who you’re going to meet on the other end. It could be a pimp. It could be an online predator. Somebody that’s going to exploit them, who could essentially rape them, take their money, do whatever to harm them.

So, we want to make sure that we’re intervening and doing that outreach to them.