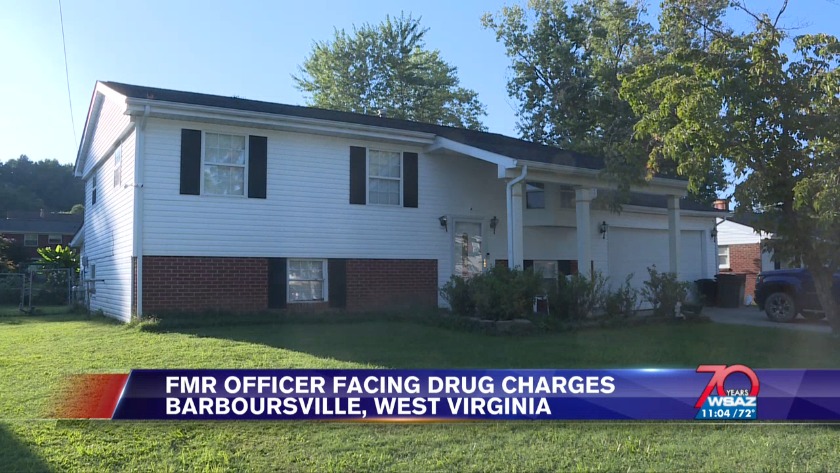 Just an every day common home, except it wasn’t.

Meet Larry McCallister and his son. Enough fentanyl that if it actually hit the streets, an estimated 750,000 people could have died from an overdose. We however do not know the official source that the retired sheriff deputy and his son had to acquire the narcotics. That is a key unanswered question.

HUNTINGTON, W.Va. – United States Attorney Mike Stuart announced that a federal grand jury sitting in Huntington has returned a six count superseding indictment charging Steven Dale McCallister, 45, and his father, Larry McCallister, 76, a retired Cabell County Deputy Sheriff, with various drug and gun crimes.  Steven Dale McCallister was arrested on June 12, 2019, at the McCallister home in Barboursville following the execution of a search warrant on the residence.  During the search, law enforcement officers seized approximately 1.2 kilograms of fentanyl, 300 grams of methamphetamine, over $8,000 in cash, $4,000 of which was from an earlier undercover purchase of fentanyl.  A Smith and Wesson, Model 686, .357 revolver was also seized.  Larry McCallister was at home and present during the search.

Larry McCallister is charged in the superseding indictment with maintaining a drug-involved premises and aiding and abetting the possession with intent to distribute methamphetamine.   If convicted on all charges, he faces a sentence of 5 to 40 years in prison.

“This is a significant case on many levels and a substantial event for the greater Huntington region,” said United States Attorney Mike Stuart.  “Had the fentanyl in this case hit the streets, potentially more than 750,000 people could have lost their lives to overdose. Massive quantities of fentanyl. Massive quantities of methamphetamine. And a gun. All of this incredibly heinous activity was based out of a normal house on a normal street in Barboursville. There was nothing special about this house in this typical neighborhood, in this All-American town, except that it was a haven for the poisons of death and the home of a retired Cabell County Deputy Sheriff.”