That is a pathetic condition by our agency secretaries and that means the National Security Council at the White House along with the president himself have no clue, hence no policy. What is the problem with Russia you ask?

Not in order of priority.

Early on November 15 astronauts aboard the International Space Station received an unexpected directive: Seek shelter in your docked spacecraft in case of a catastrophic collision. The station was about to pass through a freshly created cloud of orbital debris that posed a significant risk to the seven space travelers on board.

Four NASA astronauts, who had arrived just last week retreated, to their SpaceX Dragon capsule, while Russia’s two cosmonauts and another NASA astronaut took cover in their Soyuz spacecraft. They stayed inside these orbital lifeboats for about two hours, then repeated the exercise roughly 90 minutes later, as the station again passed through the new debris cloud. NASA has since canceled a handful of planned activities, warning that the schedule would be in flux.

“It’s a crazy way to start a mission,” mission control told the crew during a briefing.

The U.S. State Department later confirmed that the debris endangering the space station was produced when Russia tested an anti-satellite (ASAT) weapon and intentionally destroyed one of its own defunct satellites. The impact left behind hundreds of thousands of debris objects that now pose a risk to the ISS crew and other satellites in low-Earth orbit (LEO).

“Even though we know they have this capability, we were shocked that they chose to test it as they did,” says Kaitlyn Johnson, deputy director of the Aerospace Security Project at the Center for Strategic and International Studies. The test shredded a satellite whose orbit intersects with the path of the ISS, putting the humans on board, including Russian cosmonauts, at risk.

“The things rumbling around my mind are: Why now? What is this tied to? What message are they trying to send? And why that specific satellite?” she says.

The Russian defense ministry has since released a statement confirming the test but denying any risk to the space station: “The U.S. knows for certain that the resulting fragments, in terms of test time and orbital parameters, did not and will not pose a threat to orbital stations, spacecraft and space activities.” more details

Russia has more than 92,000 troops amassed around Ukraine’s borders and is preparing for an attack by the end of January or beginning of February, the head of Ukraine’s defense intelligence agency told Military Times.

Such an attack would likely involve airstrikes, artillery and armor attacks followed by airborne assaults in the east, amphibious assaults in Odessa and Mariupul and a smaller incursion through neighboring Belarus, Ukraine Brig. Gen. Kyrylo Budanov told Military Times Saturday morning in an exclusive interview.

Russia’s large-scale Zapad 21 military exercise earlier this year proved, for instance, that they can drop upwards of 3,500 airborne and special operations troops at once, he said.

The attack Russia is preparing, said Budanov, would be far more devastating than anything before seen in the conflict that began in 2014 that has seen some 14,000 Ukrainians killed. source

HALIFAX, Nova Scotia — A top Space Force official admitted on Saturday that the U.S. has “catching up to do very quickly” to match Beijing’s hypersonic capability, one week after China successfully launched a missile that circled the globe before striking a target.

Russia also launched a hypersonic missile from a warship in the Arctic this week, underscoring how quickly Washington, D.C.’s two primary competitors are racing ahead in this technology.

“We’re not as advanced as the Chinese or the Russians in terms of hypersonic programs,” Gen. David Thompson, vice chief of space operations, said during his appearance at the Halifax International Security Forum.

Hypersonic missiles fly at least five times the speed of sound, but their ability to glide on the atmosphere while changing direction at such a high speed makes them virtually impossible — with existing radars — to track and destroy.

While the Pentagon has pushed the development of new hypersonic missiles, the Army isn’t slated to field its first missile until 2024. The Navy is aiming to put its own version of the missile on a destroyer in 2025 and on Virginia-class submarines in 2028.

“It should be no surprise to anyone that China is developing capabilities that would be viewed negatively by like minded allies and partners,” Adm. John Aquilino, head of U.S. Indo-Pacific Command, told a small group of reporters on the sideline of the event.

The Space Force is working to “figure out the type of satellite constellation that we need” to track these missiles, Thompson told POLITICO after his public remarks. “It’s a new challenge, but it’s not that we don’t have an answer to this challenge. We just have to understand it, fully design it, and fly it.”

While there’s no timeline for when these new satellites can get into orbit, “we’re evolving our approach and our timelines rapidly,” Thompson said.

Both Thompson and Aquilino expressed concerns for how the often slow and risk-averse acquisition process is affecting the military competition from under the sea and into space.

“The bureaucracy that we’ve built into our defense and acquisition enterprise, not just in space but in other areas, has slowed us down in many areas,” Thompson said. “The fact that we have not needed to move quickly for a couple of decades — in the sense of a strategic competitor with these capabilities — has not driven us or required us to move quickly.” 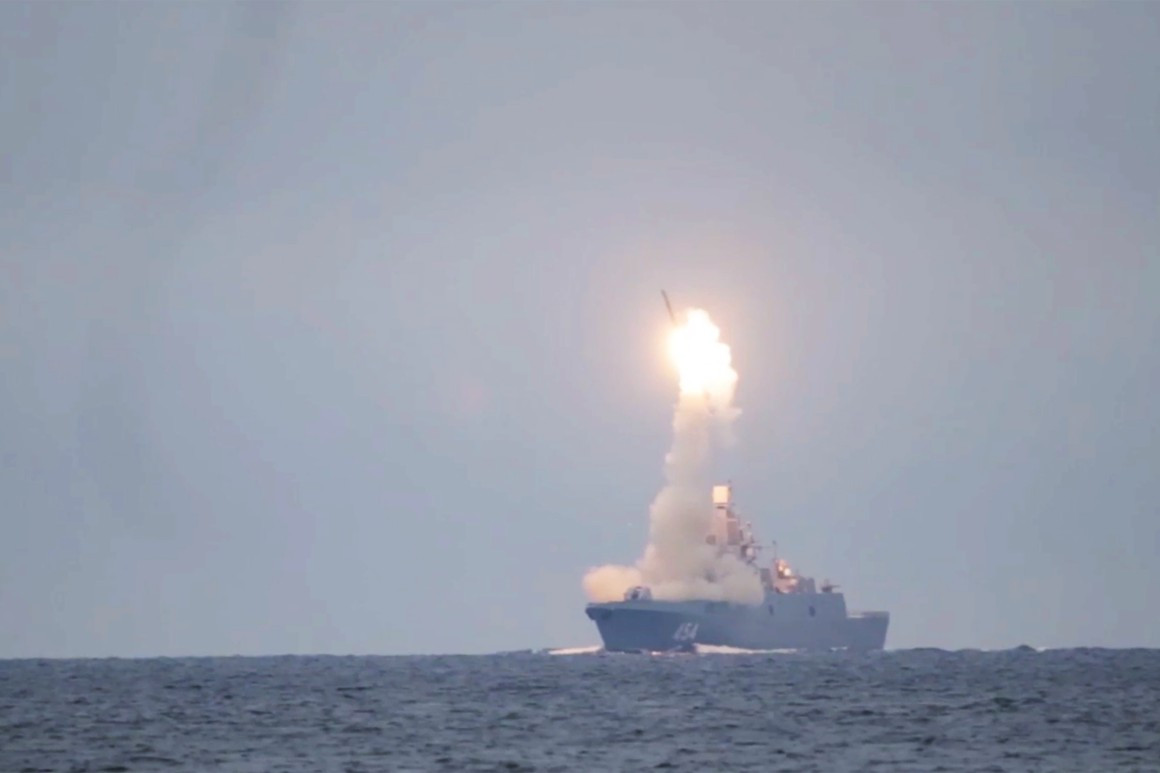 “An important stage in the training of any pilot is the launch of guided air-to-air missiles,” Zvezda quoted Maxim Aleksanin, a Russian squadron commander, as saying. “For the first time, Syrian pilots used R-73 guided missiles from MiG-29 aircraft. In the future, we plan to improve the tactics of conducting close and long-range air combat in order to prevent provocations in the skies of Syria, as well as near its borders.”

The video that accompanied the report showed two Syrian MiG-29s (3431 and 3436) being prepared and taking off with R-73 missiles, although not launching them, and at least one was shown carrying a missile as it landed.