It is beginning to sound like some oligarch corruption out of Ukraine but read on.

Salamé became Governor of Lebanon’s central bank, on August 1, 1993. He was subsequently reappointed for four consecutive terms in 1999, 2005, 2011 and 2017. Salamé chairs the BDL Central Council, the Higher Banking Commission, the AML/CFT Special Investigation Commission and the Capital Markets Authority. 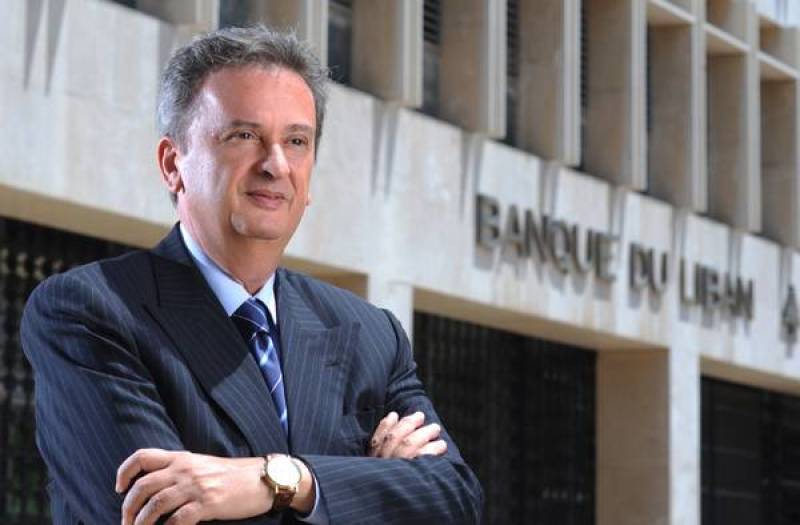 In 2012, Salamé chaired the annual meetings of the International Monetary Fund (IMF) and the World Bank Group in Tokyo. So he is well connected and maybe a Middle East swamper,,,,but could something else be revealed?

(Reuters) – Offshore companies linked to Lebanon’s central bank governor own assets worth nearly $100 million, a media group said in a report, as his role in Lebanon’s economic turmoil is under intense scrutiny.

The companies tied to Riad Salameh invested in real estate in Britain, Germany and Belgium over the past decade according to a report by a collective of European news outlets called the Organised Crime and Corruption Reporting Project (OCCRP), a nonprofit media organisation, and its Lebanese partner, Daraj.com.

The report by the Sarajevo-based OCCRP does not allege any wrongdoing by Salameh and Reuters has not reviewed any of the documents on which the report is based.

Responding to the report, Salemeh told Reuters he had declared during a TV interview in April his net worth prior to becoming a governor in 1993 and it was $23 million dollars.

“I have shown the supporting documents as a proof. This to eliminate doubts on the origin of my net worth and that it was prior to holding office,” he said.

He said he had previously stated that he asked professionals and trustees to manage his net worth. “The origin of my net worth is clear, this is the important matter,” he said.

Salameh, previously seen as a guarantor of financial stability in the country, has become a focus of anger for street protesters since Lebanon’s financial system collapsed earlier this year under the weight of one of the world’s biggest public debt burdens.

The report into his personal wealth comes at a sensitive time as Lebanon grapples with the aftermath of an enormous chemicals explosion that devastated the capital Beirut, fuelling public anger with the country’s leadership.

The OCCRP report also comes after central bank accounts seen by Reuters last month revealed that Lebanon’s central bank governor inflated the institution’s assets by over $6 billion in 2018, showing the extent of financial engineering used to help prop up the Lebanese economy.

The governor told Reuters last month that the central bank accounting was in line with policies approved by the board.

A Lebanese judge last month ordered a protective freeze on some assets held by the governor after ruling in favour of a complaint that he had allegedly undermined the financial standing of the state.

By the end of 2018, Salameh’s assets were worth more than $94 million, the report said, citing balance sheets of Luxembourg companies controlled by the governor.

Salameh said his declaration on his net worth demonstrated he was not trying to escape public scrutiny and was the proof he has “nothing to hide.” (Reporting by Davide Barbuscia and Laila Bassam; Editing by Tom Perry and Jon Boyle)