We already know about Bernie Sanders praising Fidel Castro and the communist takeover of Nicaragua. Yet, he still seems to appeal to the millennial class while enjoying their campaign contributions. This demonstrates the failure of the education system for decades. Okay, so how about Kirsten Gillibrand and Pete Buttigieg? 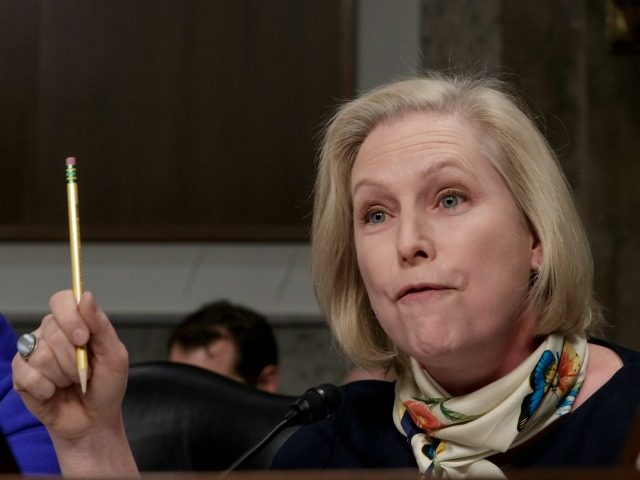 BuzzFeed reported Tuesday that the New York senator will endorse a new report recommending steps to reduce the racial wealth divide, including policies such as a commission to study slavery reparations.

“A draft of the report, titled ‘Ten Solutions to Bridge the Racial Wealth Divide,’ will be jointly released this week by the Institute for Policy Studies, the Kirwan Institute for the Study of Race and Ethnicity, and the National Community Reinvestment Coalition,” they report. Gillibrand told BuzzFeed News that she was “proud” to support the document.

One of the organizations Gillibrand is “proud” to partner with, the Institute for Policy Studies (IPS), was infamous during the Cold War for its defense of Communist governments and for its kneejerk support of the Soviet line.

Emory Professor and preeminent historian of American Communism Harvey Klehr dedicated an entire chapter of his book “Far Left of Center” to the IPS, which he characterized as “an intellectual nerve center for the radical movement, providing sustenance and support for a variety of causes, ranging from nuclear and anti-intervention issues to support for Marxist insurgencies.”

“IPS fellows have consistently maintained that the Soviet threat is largely non-existent and a product of the military-industrial complex,” he wrote. Klehr detailed how IPS fellows’ partnered with Soviet-funded “peace” organizations, defended USSR and Vietnam from charges of human rights abuses, defended the Sandinistas and other Latin-American terrorists, and denied the existence of the Cambodian genocide, even as two million people died.

Former Communist spy and defector Ladislav Bittman likewise wrote in his seminal book “The KGB and Soviet Disinformation” that the Soviets were “particularly interested” in IPS, whose “nucleus” was composed of “researchers and scholars with Marxist perceptions that Soviet foreign and military policies pose no threat to Western democracies.” More here. 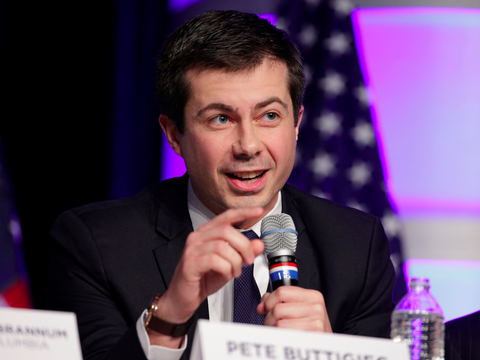 Well he was groomed politically by his father, a Marxist. Yep….

The father of Democratic presidential hopeful Pete Buttigieg was a Marxist professor who spoke fondly of the Communist Manifesto and dedicated a significant portion of his academic career to the work of Italian Communist Party founder Antonio Gramsci, an associate of Vladimir Lenin.

Joseph Buttigieg, who died in January at the age of 71, immigrated to the U.S. in the 1970s from Malta and in 1980 joined the University of Notre Dame faculty, where he taught modern European literature and literary theory. He supported an updated version of Marxism that jettisoned some of Marx and Engel’s more doctrinaire theories, though he was undoubtedly Marxist.

He was an adviser to Rethinking Marxism, an academic journal that published articles “that seek to discuss, elaborate, and/or extend Marxian theory,” and a member of the editorial collective of Boundary 2, a journal of postmodern theory, literature, and culture. He spoke at many Rethinking Marxism conferences and other gatherings of prominent Marxists.

In a 2000 paper for Rethinking Marxism critical of the approach of Human Rights Watch, Buttigieg, along with two other authors, refers to “the Marxist project to which we subscribe.”

In 1998, he wrote in an article for the Chronicle of Higher Education about an event in New York City celebrating the 150th anniversary of the Manifesto. He also participated in the event.

“If The Communist Manifesto was meant to liberate the proletariat, the Manifesto itself in recent years needed liberating from Marxism’s narrow post-Cold War orthodoxies and exclusive cadres. It has been freed,” he wrote. More here.

So, now you have a head start on 3 of the candidates for President. How about choosing to do a few others and see what you will find. Here is a tip, Kamala Harris’ father, Donald, a Professor Emeritus of Economics at Stanford straddles between socialism and Marxism himself.