On January 17, 2018, Rep. Rooney stated, “you can’t do jack s— for your
constituents” without earmarks. Perhaps Rep. Rooney’s successor will find a
way to do his or her job without resorting to the most wasteful and corrupt
practice in congressional history.
$11,000,000 for the aquatic plant control program, an increase of 22.2
percent from the $9 million earmarked in FY 2017, and the largest amount
ever earmarked for this program.
Since 1994, there have been 24 earmarks worth a total of $58.1 million
for aquatic plant control projects, including three by Sen. Chuck Schumer
(D-N.Y.) and one each by Sen. Patrick Leahy (D-Vt.) and then-Sen. Jeff
Sessions (R-Ala.). 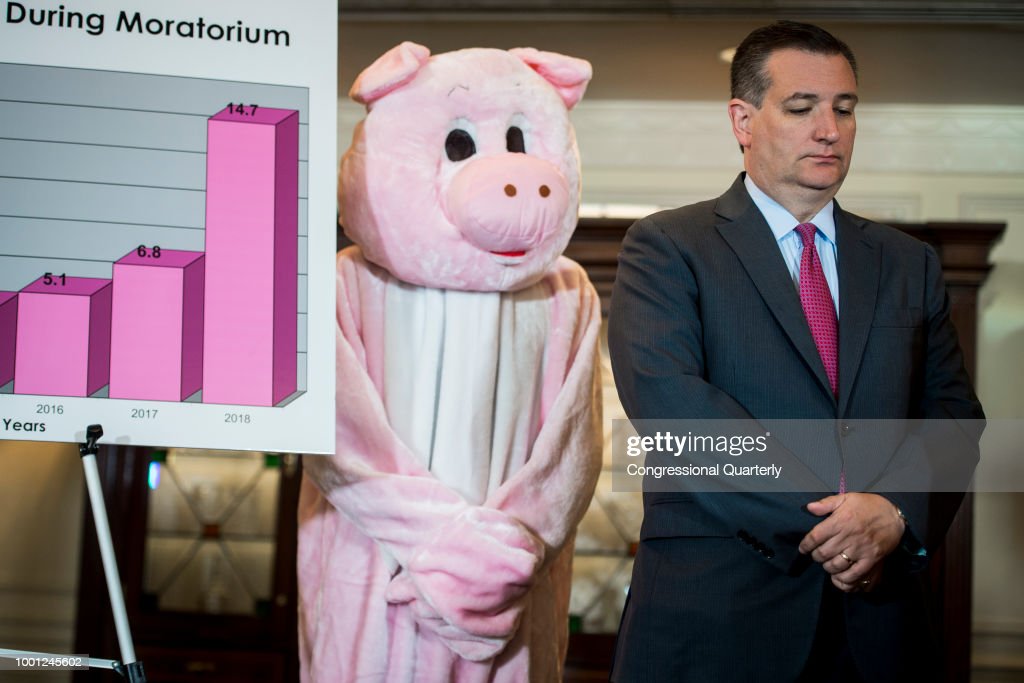 FNC: The federal government is spending millions to save Pacific Coast salmon. And it’s doling out more than $600,000 to kill brown tree snakes in Guam.

A watchdog group, Citizens Against Government Waste, on Wednesday released its annual Congressional Pig Book of what it considers the most egregious examples of pork-barrel spending in Congress, drawn this time from fiscal year 2018 appropriations bills.

Among the most blatant examples of pork flagged by the group:

Faye the pot-bellied pig has arrived and she needs some coffee. #PigBook pic.twitter.com/U7VOPPC56b

— $65 million for “Pacific coastal salmon recovery.” According to its website, the Pacific Coastal Salmon Recovery Fund “was established by Congress in 2000 to reverse the declines of Pacific salmon and steelhead, supporting conservation efforts in California, Oregon, Washington, Idaho and Alaska.”

— $663,000 for a “brown tree snake eradication program.” According to Citizens Against Government Waste, the snakes are “native to northern Australia, Indonesia and many islands in Melanesia, and have caused damage to the ecosystem of Guam, where they were likely introduced by the U.S. military following World War II.”

Getting ready for the @GovWaste #PigBook press conference this morning! Come learn about wasteful spending. pic.twitter.com/6XMIEHvvud

— $10 million for “high-energy cost grants” within the Rural Utilities Service.

– $2.8 million for the National Capital Arts and Cultural Affairs grant program, which funds arts and cultural institutions in Washington, D.C.