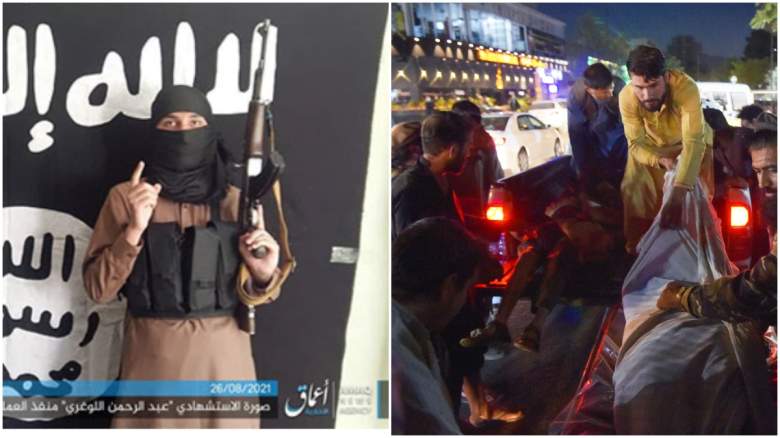 As the militants overran the country, they emptied jails stocked with both their own prisoners and Islamic State terrorists opposed to them and the US.

“It’s hard to explain what the thinking was in letting out people who were a threat to the Taliban,” Edmund Fitton-Brown, a senior U.N. counterterrorism official said during a recent conference in Qatar, the outlet said.

Al-Logari has been active in terrorist for years before. A 2017 plot he was involved with in New Delhi, India was foiled and Al-Logari was eventually transferred to the CIA which stuck in at Parwan prison near Bagram Air Base.

The base — and its two runways — was infamously abandoned and overrun by the Taliban on July 1. The situation forced the US do conduct its later evacuation from the more exposed and less well-equipped Hamid Karzai International Airport.

The US controlled the base until it abandoned Bagram in early July. The revelation underscores the chaos around the final days of the withdrawal from Afghanistan and the struggle of the US to control a rapidly deteriorating situation around the airport as it relied on the Taliban to secure the perimeter of the airport.
The US handed Bagram Air Base over to the Afghan National Defense and Security Forces (ANDSF) on July 1, as the withdrawal of US forces from Afghanistan neared 90% completion.
At the time, there were approximately 5,000 prisoners at Bagram, an Afghan Ministry of Defense spokesman told CNN. A few hundred were criminals, but the vast majority were terrorists, the spokesman said, including members of al Qaeda, the Taliban, and ISIS. There were also foreign prisoners from Pakistan, Chechnya, and the Middle East detained there. It was up to the Afghans to secure the compound.
As the US was turning over Bagram to the ANDSF, the Taliban accelerated their sweep across the country, claiming to control 150 of Afghanistan’s 407 districts by July 5. It was a sign of things to come, as provincial capitals began falling to the Taliban offensive in rapid succession. By mid-August, the Taliban were on the doorstep of Kabul and the complete collapse of the Afghan military was virtually complete.Biden said, “We will not be deterred by terrorists… we will continue the evacuation.” He said that ISIS-K leadership and facilities will be attacked. More than 100,000 people were “taken to safety in the last 11 days. In the last 12 hours or so, another 7,000 have gotten out,” he said. “These ISIS terrorists will not win. We will rescue the Americans who are there…America will not be intimidated.”

He called those who died “part of the bravest, most capable and selfless military on the face of the earth.. the backbone of America, the spine of America, the best the country has to offer. Jill and I, our hearts ache for all those Afghan families who lost loved ones, including small children, in this vicious attack. We’re outraged.” source