Don’t you wonder why any part of the media never does a story on new and promising coronavirus treatments? Do you wonder the same for the Biden White House much less Dr. Fauci?

Is Fluvoxamine the Covid Drug We’ve Been Waiting For?

A 10-day treatment costs only $4 and appears to greatly reduce symptoms, hospitalization and death.

The Food and Drug Administration last week authorized two oral antiviral medicines for the early treatment of Covid-19. But don’t get too excited. The U.S. will still have a meager treatment arsenal this winter.

The U.S. has been relying on monoclonal-antibody treatments, but most don’t hold up against the Omicron variant. One, by GlaxoSmithKline and Vir Biotechnology, does better at neutralizing the variant, but supply is limited. Pfizer’s newly authorized antiviral pack Paxlovid will also have to be rationed. There will be more of Merck and Ridgeback Biotherapeutics’ newly authorized antiviral, molnupiravir, but patients may be reluctant to take the drug. Some scientists worry it could cause DNA mutations in people, though the FDA determined that the likelihood of this was low when used on a short-term basis. 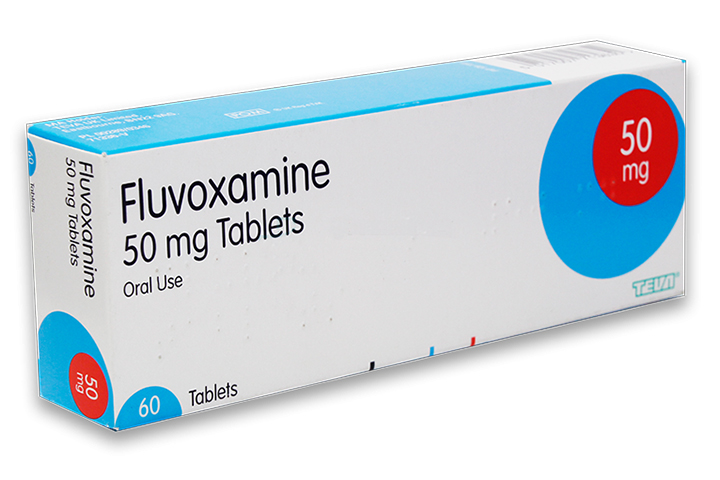 Yet a promising alternative isn’t getting its due: fluvoxamine, a pill the FDA approved in 1994 to treat obsessive-compulsive disorders. Doctors often prescribe it off-label for anxiety, depression and panic attacks. Studies show that fluvoxamine is highly effective at preventing hospitalization in Covid-infected patients, and it’s unlikely to be blunted by Omicron.

Doctors hypothesize that fluvoxamine can trigger a cascade of reactions in cells that modulate inflammation and interfere with virus functions. It could thus prevent an overreactive immune response to pathogens—what’s known as a cytokine storm—that can lead to organ failure and death. It also increases nighttime levels of melatonin—the hormone that makes you sleepy—which evidence suggests can also mitigate inflammation.

While experimenting with mice in 2019, researchers at the University of Virginia discovered that fluvoxamine could be an effective treatment for sepsis, or blood-borne infection. A large study in France during the early months of the pandemic found that Covid-19 patients treated with selective serotonin reuptake inhibitors such as fluvoxamine were significantly less likely to be intubated or to die.

A small randomized control trial last year by psychiatrists at the Washington University School of Medicine in St. Louis was a spectacular success: None of the 80 participants who started fluvoxamine within seven days of developing symptoms deteriorated. In the placebo group, six of the 72 patients got worse, and four were hospitalized. The results were published in November 2020 in the Journal of the American Medical Association and inspired a real-world experiment.

Soon after the study was published, there was a Covid outbreak among employees at the Golden Gate Fields horse racing track in Berkeley, Calif. The physician at the track offered fluvoxamine to workers. After 14 days, none of the 65 patients who took it were hospitalized or still had symptoms. Of the 48 who didn’t take the drug, six, or 12.5%, were hospitalized and one died. Twenty-nine had lingering symptoms, which might have resulted from inflammatory damage to their organs. Those who took the placebo were more likely to be asymptomatic when they tested positive, so they would have been expected to fare better.

The studies drew the attention of Francis Collins, director of the National Institutes of Health. “A big need right now is for a drug that you could take by mouth, that you could be offered as soon as you had a positive test, and that would reduce the likelihood that the virus is going to make you really sick,” he said in an interview with “60 Minutes” in March. “Fluvoxamine could certainly be something you want to put in the tool chest,” Dr. Collins added. “It looks as if it has the promise to reduce the likelihood of severe illness.”

Researchers are looking to sharks and their antibody-like proteins to neutralize the current COVID virus and prepare for viruses that could come in the future.

Coronaviruses, which refer to specific types of viruses, have existed long before COVID-19 was detected. As the John Hopkins School of Medicine explains, coronaviruses are named based on their appearance — “corona” means “crown,” and the term is used to describe the virus’s out layers, which are covered with spike proteins. In 2019, a coronavirus, SARS-CoV-2, was found. It causes a respiratory illness, which is now known as COVID-19.

VNARs (variable new antigen receptors), which are unique antibody-like proteins derived from the immune systems of sharks, can prevent the virus that causes COVID, its variants, and related coronavirus from infecting human cells, a study from the University of Wisconsin-Madison has found.

In the study — a collaboration between UW-Madison, the University of Minnesota, and Elasmogen, a Scotland biomedical company that develops therapeutic VNARs — shark VNARs were tested against SARS-CoV-2 and a version of the virus that cannot replicate in cells. Three VNARs from a “pool of billions” were found to be effective in stopping the virus from infecting human cells.

The three VNARs were also determined to be effective against SARS-CoV-1, which caused the 2003 outbreak of SARS. Shark VNARs were also able to neutralize WIV1-CoV, a variant currently found only in bats.

Another VNAR, 2CO2, appeared to lock the spike protein in an inactive form, researchers report. Where this VNAR binds, though, is altered in some of SARS-CoV-2’s variants. Researchers say they “do not have any structural data for the binding location” for the third VNAR, 4C10, but virus “mutations do not have a substantial effect” on its effectiveness.

Researchers say multiple shark VNARs could be included in a cocktail for future therapies. This is cheaper and easier to manufacture than human antibodies, but has not yet been tested in humans.

“The big issue is there are a number of coronaviruses that are poised for emergence in humans,” said Aaron LeBeau, a UW–Madison professor of pathology who helped lead the study, in a news release. “What we’re doing is preparing an arsenal of shark VNAR therapeutics that could be used down the road for future SARS outbreaks. It’s a kind of insurance against the future.”