Attorney General Bill Barr is moving in mach speed to clean up the swamp it seems. Just remember too that timing is everything in Washington DC. Barr is working presently with DNI Dan Coates, CIA Director Gina Haspel and FBI Director Chris Wray on the early stages of the misconduct of government agencies.

When a Special Counsel is assigned, they are generally provided a file to review where the evidence and testimonies gathered so far. So, meet John Durham, the U.S. Attorney in Connecticut that AG Barr just assigned to examine all things as to how the whole Russian collusion scandal began. 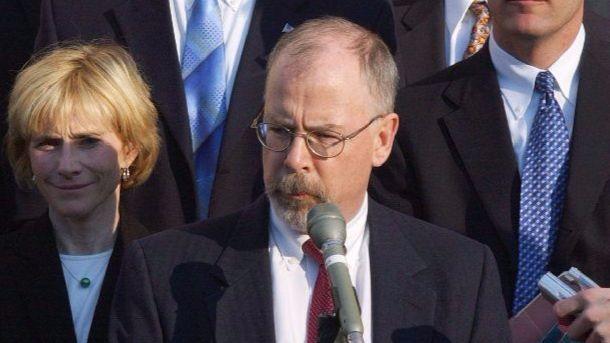 Durham has been reviewing the case actually for several weeks, which was noted a few weeks ago in Barr’s testimony before a Senate hearing. The focus of the Durham assignment is to review the use of FBI informants (read spies), improper use of the FISC and warrants and the counterintelligence operation.

We may soon find out just how many CIA/FBI operatives were assigned to all things Trump including who Stefan Halper really was working for and who is alleged assistant was, named Azra Turk.

Durham has a stellar pit bull reputation. He has worked in government law since he graduated from last school in the late 1970’s. Imagine the cases…

As The Federalist noted, consider the following:

While Comey’s record on truth-telling is decidedly mixed, he is correct that facts matter and that the FBI’s use of informants is governed by strict guidelines. How and why many of those guidelines came to be are important facts that the American public deserves to know as it considers revelations that the FBI used wiretaps and spies to surveil Donald Trump’s presidential campaign, his transition, and perhaps even his presidential administration.

Those guidelines, many of which the Government Accountability Office found were not being followed as recently as 2015, were put in place after rogue FBI agents working in the Boston field office routinely worked to cover up murders committed by their informants. You might say they were the direct result of justifiable attacks on the FBI for unconscionable violations of the public trust.

In fact, years-long violations of the rules about the FBI’s use of secret spies have led to massive investigations across every branch of government, including a multi-volume, 3,528-page congressional investigative report in 2003, a scathing 314-page report from the Department of Justice (DOJ) inspector general in 2005, and even a scathing 228-page, $102 million ruling against the government in 2007 after a federal judge ruled that the FBI deliberately withheld evidence, leading to the wrongful convictions of four men, in order to protect a mob informant. (Three of the men were originally sentenced to death; two died in prison awaiting justice for a crime they didn’t commit.)

From 1975 to 1977, Mr. Durham worked as a Volunteer in Service to America (VISTA) on the Crow Indian Reservation in Montana.

Mr. Durham graduated, with honors, from Colgate University in 1972 and the University of Connecticut School of Law in 1975.

Mr. Durham has served as an Instructor in the Criminal Justice Department at the University of New Haven, as a Moot Court Judge at the Yale School of Law, and as a lecturer for the Connecticut Bar Association.