CLEVELAND, Ohio — The FBI on Tuesday raided the Cleveland offices of a company with ties to a Ukrainian oligarch that owns several downtown buildings. 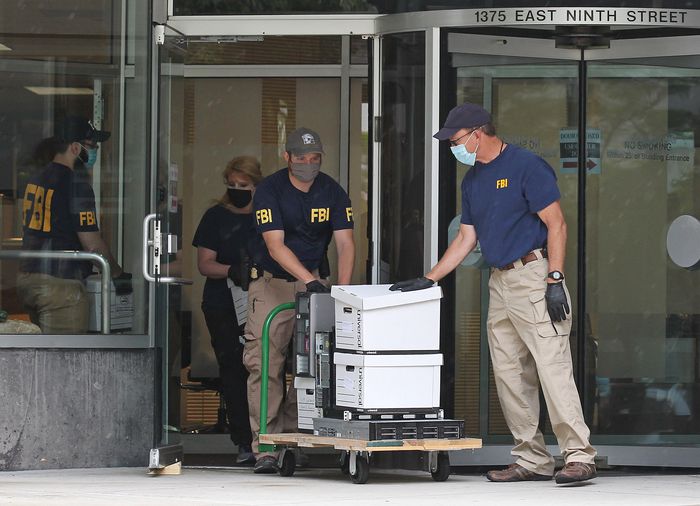 Optima is a conglomerate of companies across the United States that has interests in real estate in Cleveland, including One Cleveland Center, the 55 Public Square building and the Westin Cleveland Downtown. Its offices are visible from an entrance and windows on the side of One Cleveland Center, and on Tuesday multiple agents were seen carrying and moving computers, boxes and other items both inside the office and later as they loaded materials into a van.

Federal authorities in Cleveland have been conducting a wide-ranging probe involving Ukrainian oligarch Igor Kolomoisky that has been ongoing for quite some time. Kolomoisky is a principal of the Privat Group, a large Ukrainian business company, and principals of the company are also part of Optima. 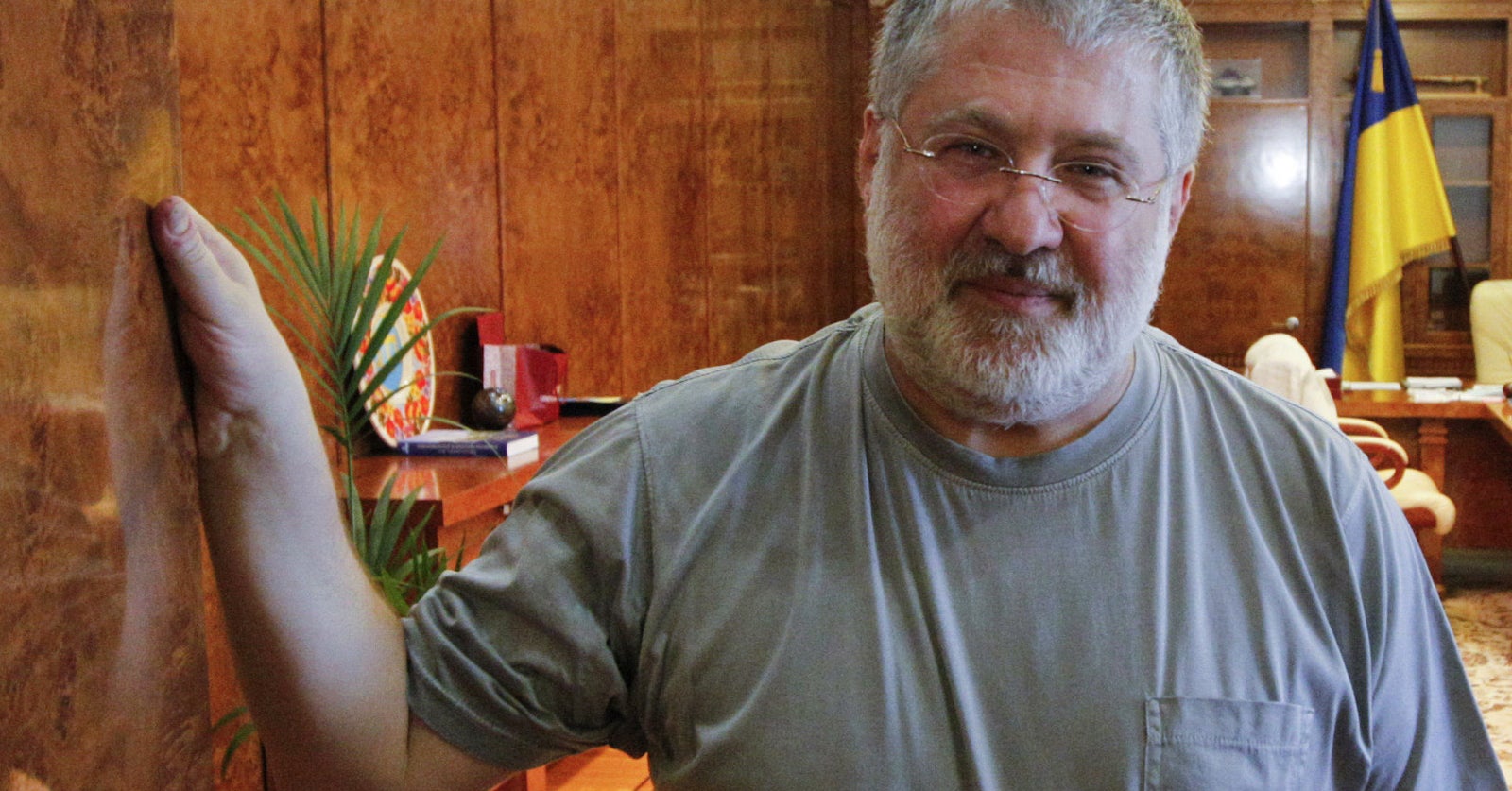 Optima had a much larger presence in Cleveland about a decade ago when it bought several buildings under the leadership of executive Chaim Schochet. Its presence in Northeast Ohio has dwindled in recent years.

Kolomoisky and a fellow Ukrainian billionaire formed PrivatBank in the early 1990s. It became one of the Ukraine’s key financial institutions, according to Forbes. The Ukrainian government nationalized the bank in 2016 after an investigation suggested there was large-scale fraud over a decade-long period, Forbes reported.

The financial news outlet places Kolomoisky’s net worth at about $1 billion. He remains a complicated political figure in his home country. He is a former governor of Ukraine’s Dnipropetrovsk region.

Published reports said that Kolomoisky had refused to set up a meeting with President Donald Trump’s ally Rudy Giuliani and Ukrainian President Volodymyr Zelensky in an attempt to dig up dirt against Democratic presidential nominee Joe Biden last year.

The Daily Beast reported that the U.S. Attorney’s Office in northern Ohio and FBI are involved in a wide-ranging probe that involves Ihor Kolomoisky and whether he committed financial crimes, including money laundering. It bases the assertion on three people briefed on the investigation and said the investigation has been under way for some time. The financial news outlet places Kolomoisky net worth at about $1.2 billion. The Daily Beast, citing The Financial Times, said he lives in Tel Aviv and remains a complicated political figure in his home country. He is a former governor of Ukraine’s Dnipropetrovsk region.

Just last year, the relationship between the Ukrainian president and the oligarch became a source of controversy when it was revealed that two US business partners running the infamous back-channel campaign in Ukraine to dig up dirt on Joe Biden went to Kolomoisky to set up a meeting between Zelensky and Rudy Giuliani. The meeting ended abruptly when the oligarch refused.

Kolomoisky returned to his native country last year after spending two years in self-imposed exile in the wake of a government takeover of PrivatBank, which he cofounded in the 1990s.

A subsequent investigation by Ukraine regulators found a $5.5 billion shortfall in PrivatBank’s ledgers from what they called “a large-scale and coordinated fraud” that involved the bank’s major shareholders, Kolomoisky and fellow Ukrainian billionaire Gennadiy Bogolyubov. To keep the bank from collapse, the government tapped into taxpayer funds to plug the hole.

Kolomoisky’s attempt to wrest control of PrivatBank has also stirred unrest, especially among lenders like the International Monetary Fund, prompting a vote by Ukraine’s parliament last week aimed at stopping Kolomoisky from taking back the bank.

With the ongoing US grand jury investigation, federal agents have traveled multiple times to Ukraine — including in February — where they met with Riaboshapka and investigators from the National Anti-Corruption Bureau of Ukraine to discuss the case against the 57-year-old oligarch and his partner, BuzzFeed News has learned. In an interview, Artem Sytnyk, director of the anti-corruption bureau, said he’s cooperating with the FBI in an “ongoing investigation,” but declined to give details because of a confidentiality agreement with the FBI. The Justice Department’s international money laundering and kleptocracy team took part in the trip.

For more than a year, federal agents have tracked millions of dollars that were wired into the US from companies owned by Kolomoisky and Bogolyubov to snatch up properties — including four skyscrapers in downtown Cleveland — in a spending spree that began around 2008 and lasted for the next five years, according to court records and a source familiar with the investigation.

In all, $622.8 million was funneled to the companies that were used to buy the real estate, according to the suit.

In addition to Ohio, purchases include a sprawling Motorola factory in Illinois that was shuttered, a 31-story skyscraper in downtown Louisville, and an iconic office complex in Dallas that was once the headquarters of Mary Kay Cosmetics.

Money also went to buy at least a dozen steel and ferroalloys plants across the country — including facilities in Ohio, Kentucky, West Virginia, Illinois, and Michigan — that collectively became major suppliers to the North American steel industry.

The lawsuit claims that many of the purchases were carried out with the help of three Miami investors described as “trusted lieutenants”: Mordechai Korf and Uriel Laber, who held ownership stakes in the real estate, and Korf’s brother-in-law, Chaim Schochet, an executive who ran the properties. At least two of the Cleveland skyscrapers have since been sold, records show.

In a forensic audit done for Ukraine’s top regulatory agency, analysts found 95% of the bank’s corporate lending had been to “parties related to former shareholders and their affiliates.”

Marc Kasowitz, a New York attorney for the Miami investors, said the accusations in the lawsuit “will be shown to be complete fabrications when the evidence in this case comes out.” Kasowitz represented President Trump in the Justice Department’s probe into Russian interference in the 2016 election. “Our clients have earned a well-deserved reputation for honesty and high integrity over the past 20+ years and this lawsuit is nothing more than a fictional orchestrated political attack on an investor in our clients’ businesses.”

Valeria Gontareva, former chair of the National Bank of Ukraine, the nation’s chief regulator, said the level of fraud on the institution was larger than any crime ever perpetrated on a Ukrainian bank. “We called it an expanding universe,” said Gontareva, now a senior policy fellow at the London School of Economics.

Kateryna Rozhkova, first deputy governor of the nation’s regulatory agency, told BuzzFeed News that when the losses were first discovered, “we were simply freaked out and didn’t know what we should do about it.”

The government ordered a sweeping audit of the bank’s finances by Kroll Inc., the New York–based corporate investigative firm, which alleged the scheme was set up to “disguise the origin and destination of loan funds” with the help of employees in the bank, regulators said.

The larger issue looming in Ukraine is whether Zelensky will allow the National Anti-Corruption Bureau to work with the FBI and carry out its own inquiry and whether the country will extradite Kolomoisky if he is indicted in the US, according to Roman Groysman, a former Florida prosecutor who once lived in Ukraine.

“Is [President Zelensky] going to pressure the National Anti-Corruption Bureau and the prosecutor general to thwart the possibility of extradition — that’s the question,” said Groysman. “Or is he going to remain neutral and let them do their jobs? That’s the best thing he could do.”

He said NABU was set up at the request of the IMF with the help of the US and European Union to investigate corruption in Ukraine. It’s supposed to be impervious to political pressure.

“If it’s finally allowed to operate as an independent investigative agency and do what it was supposed to do without undue political interference, then maybe that’s a signal. If not, then it’s going to be the same thing we have always seen.” More here.