Social media giant Facebook on Wednesday removed two unconnected networks of accounts, pages, and groups “engaging in foreign or government interference,” one originating in Russia and the other one in Iran, both of which have alleged ties to intelligence services.

Calling the behavior “coordinated” and “inauthentic,” Facebook’s head of security policy, Nathaniel Gleicher, said both operations were acting on “behalf of a government or foreign actor.”

The Russian network primarily targeted Ukraine and its neighboring countries, while the Iranian operation focused mainly on the United States.

The people behind the groups and accounts “coordinated with one another and used fake accounts to misrepresent themselves, and that was the basis for our action,” the social-media company said.

The people behind the network would pose as citizen journalists and tried to contact policymakers, journalists, and other public figures in the region.

They would post content in Russian, English, and Ukrainian “about local and political news including public figures in Ukraine, Russian military engagement in Syria, alleged SBU (Ukrainian Security Service) leaks related to ethnic tensions in Crimea and the downing of the Malaysian airliner in Ukraine in 2014.”

Some tried contacting public figures and they shared posts on such topics as the U.S. elections, Christianity, U.S.-Iran relations, U.S. immigration policy, and criticism of U.S. policies in the Middle East.

About 60 people had followed one or more of the Iran-based Instagram accounts, the media company said.

Add in Vietnam and Myanmar.

Each of them created networks of accounts to mislead others about who they were and what they were doing. We have shared information about our findings with industry partners.

We’re constantly working to detect and stop this type of activity because we don’t want our services to be used to manipulate people. We’re taking down these Pages, Groups and accounts based on their behavior, not the content they posted. In each of these cases, the people behind this activity coordinated with one another and used fake accounts to misrepresent themselves, and that was the basis for our action.

We are making progress rooting out this abuse, but as we’ve said before, it’s an ongoing challenge. We’re committed to continually improving to stay ahead. That means building better technology, hiring more people and working closer with law enforcement, security experts and other companies.The individuals behind this activity posed as locals and used fake accounts — some of which had already been detected and disabled by our automated systems — to manage Groups and Pages, post and comment on various content. Some of these accounts represented themselves as citizen journalists and tried to contact policymakers, journalists and other public figures in the region. 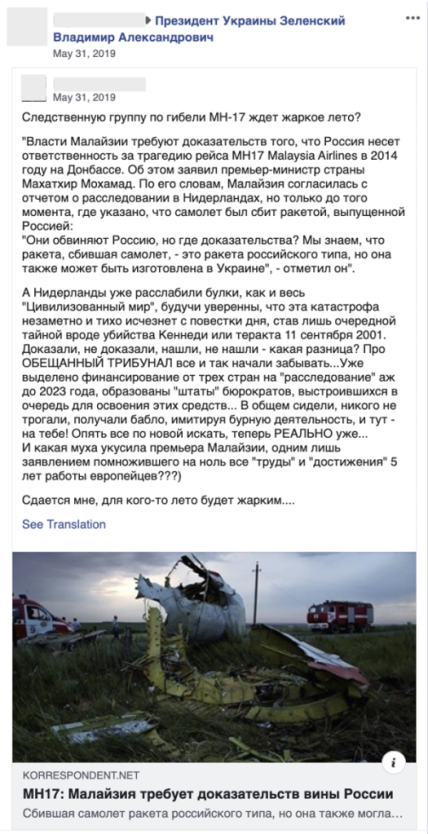 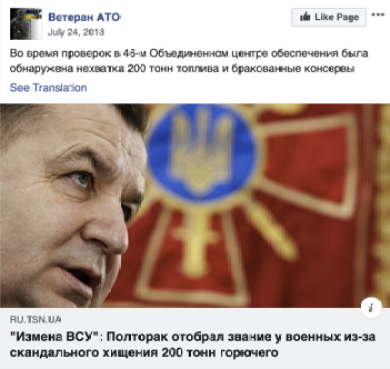