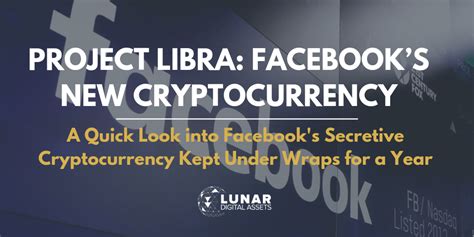 America’s rivals are increasingly turning to bitcoin-style cryptocurrencies after their economies were brought to their knees thanks to crippling U.S. sanctions, experts have warned.

Iran, North Korea, Russia and Venezuela are all investing in the technology in an attempt to counter American economic might – and an expert says these nations are forming alliances through the technology.

A form of digital money, cryptocurrency uses encryption to secure transactions and control the creation of new units. It uses cryptography, a form of secret coding originating from the Second World War, to process transactions securely. Its major appeal is it is untraceable.

U.S. sanctions work by placing bans on dealings and transactions with persons, nations and companies.

When ransomware is planted on state or local government systems and theft of data occurs, cities are forced to pay ransom to regain ownership and control.

Florida has paid more than $1.1 million in bitcoin to cybercriminals to recover encrypted files from two separate ransomware attacks—one against Riviera Beach and the other against Lake City.

Lake City, a city in northern Florida, agreed on Monday to pay hackers 42 Bitcoin (equivalent to $573,300 at the current value) to unlock phone and email systems following a ransomware attack that crippled its computer systems for two weeks.

For years, ransomware has been a particularly annoying cybersecurity threat. And despite reports that cybercriminals are shifting their efforts away from encrypting malware to cryptomining malware, ransomware infections continue at an alarming rate.

In one week in March 2018 alone, government-run targets in two of the biggest cities in America — Atlanta and Baltimore — were hit by ransomware. These attacks, which disrupted important city services, are far from isolated; similar ransomware attacks have targeted U.S. municipalities for years.

Stories about smaller cities falling victim to ransomware often go unreported by the national news … or anywhere at all. Nevertheless, municipalities and cities in all corners of the U.S. have seen ransomware infect their networks.

So, here comes the U.S. Treasury Secretary, Steve Mnuchin with a major concern and warning for Facebook. What about this new Libra currency that has been launched?

(Reuters) – U.S. Treasury Secretary Steve Mnuchin said on Monday that the Treasury department has serious concerns that Facebook Inc’s proposed LIBRA cryptocurrency could be misused for money laundering, adding to the growing regulatory skepticism of the company’s digital asset plans.

Secretary Mnuchin also said that the agency has warned Facebook that it must enact proper safeguards against illicit use such as money laundering.

“Treasury has been very clear to Facebook…and other providers of digital financial services that they must implement the same anti-money laundering safeguards in countering the financing of terrorism as traditional financial institutions,” Mnuchin said.

Activists and Democratic lawmakers blasted the Federal Trade Commission’s $5 billion fine against Facebook as “chump change” and lambasted the agency’s settlement as toothless.

The settlement, which was reportedly voted along party lines, gaining support from the FTC’s three Republicans while being rejected by its two Democrats, is the beginning of the end for the agency’s probe of Facebook’s alleged mishandling of more than 87 million users’ private data during the Cambridge Analytica scandal.

Although the fine sets a record in terms of the agency’s actions against Big Tech, a chorus of Democratic lawmakers, technologists and activists excoriated the FTC for not doing enough and not imposing a larger penalty.

“The sad reality is that this does not go nearly far enough. For a company that last year alone generated revenue nearly 11 times greater than the reported fine, the Federal Trade Commission should send a clear signal to Facebook and so many other tech companies that privacy is their ultimate responsibility,” Rep. Jan Schakowsky, D-Ill., who is chairwoman of the consumer protection and commerce subcommittee in the House, said in a statement. “If these reports are true, then they failed.”

Will Facebook pay the fine using Libra? Well, when it comes to the Facebook blockchain debate, Facebook declares the Swiss government will regulate it all. Really? There is a Congressional hearing in the Senate by the Banking, Housing and Urban Affairs Committee where Libra is to be explained. Frankly, isn’t PayPal a form of cryptocurrency too? Anyway, this testimony found here is regarding Facebook’s Libra Project.