would temporarily suspends the issuance of new green cards, a limit on immigration he says will protect American jobs amid the coronavirus pandemic.

“In order to protect our great American workers, I have just signed an executive order temporarily suspending immigration into the United States,” Trump said at a White House briefing Wednesday.

“This will ensure that unemployed Americans of all backgrounds will be first in line for jobs as our economy reopens,” Trump continued. “It will also preserve our health care resources for American patients.”

Visa-holders already in the U.S. and those applicants who have already received a visa are exempt from the ban. The restrictions are intended to last until the end of the year, which would disrupt the government’s typical process of awarding new visas at the beginning of the national fiscal calendar in October.

Officials from the Trump administration told the Wall Street Journal that the move is intended to protect American jobs, but executives in the technology industry have long warned that visa restrictions would hurt the nation’s ability to compete in industries that have both strategic and financial significance as engines of economic growth. More here.

The renewal of the April Executive Order applies to H-1B, L-1 and J visas. The goal is to protect an estimated 525,000 jobs where American citizens get first priority.

“President Trump has repeatedly promised that he would put American workers first, and to his credit, he did just that,” said Dan Stein, president of the Federation for American Immigration Reform, which advocates for lower levels of immigration. FAIR had called on Trump to suspend guest worker visas.

“For the most part, the president withstood intense pressure from powerful business interests that continue to demand more cheap foreign labor, even as they have laid off an unprecedented number of American workers over the past three months ” Stein said. 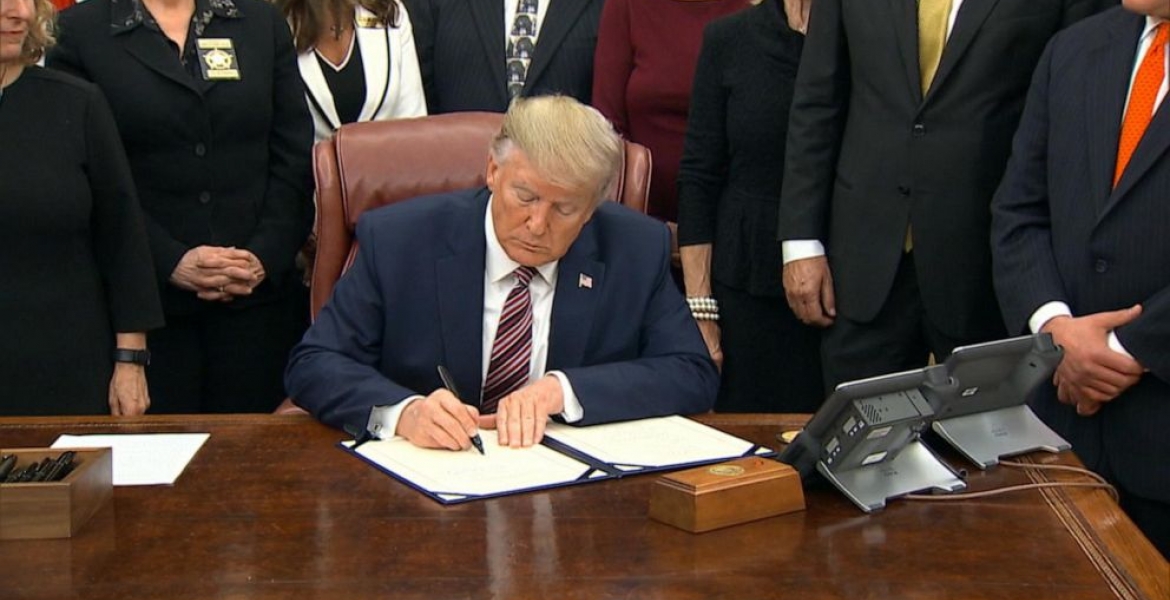 Sadly, it takes an executive order to protect American citizens and their jobs…

President Donald J. Trump Is Putting American Workers First as We Restore Our Economy to Greatness

We have a moral duty to create an immigration system that protects the lives and jobs of our citizens.

LEADING AN AMERICA FIRST RECOVERY: President Donald J. Trump is extending and expanding the suspension of certain visas through the end of the year to ensure American workers take first priority as we recover from the economic effects of the coronavirus.
MOVING TO A MERIT-BASED IMMIGRATION SYSTEM: The Trump Administration will reform our immigration system to prioritize the highest-skilled workers and protect American jobs.
WIDESPREAD SUPPORT FOR COMMONSENSE ACTION: The American people stand by President Trump as he takes commonsense action to preserve jobs for American citizens.