FBI director: The terrorism threat out of Syria is ‘an order of magnitude greater than anything we’ve seen before’

BusinessInsider:As a number of ISIS attacks have rocked Europe, it can be difficult to remember that the group is largely on the back foot.

“They are on the run,”US Secretary of State John Kerry said in an interview on CNN last week while addressing the spate of terror attacks by the group. “And I believe what we are seeing are the desperate actions of an entity that sees the noose closing around them.”

Through satellite photos and other data, it’s clear that the terror group has been steadily losing territory in its heartlands of Iraq and Syria.

Even now, major efforts are underway to reclaim Mosul, the largest city under ISIS control.

However, as ISIS does steadily lose ground through conventional warfare in the Middle East, the group’s attacks against civilians around the world will only likely increase — at least for the time being.

“At some point there is going to be a terrorist diaspora out of Syria like we’ve never seen before,” explained FBI Director James B. Comey at a cybersecurity conference at Fordham University on Wednesday, The New York Times reports. “Not all of the Islamic State killers are going to die on the battlefield.”

As the terror group’s territory shrinks, dedicated fighters within the group will travel to find new locations to conduct their operations — most likely in hiding. Comey continued by saying that many of these core fighters would migrate to Western Europe as ISIS loses ground. And there is always the risk that some of them would eventually reach the US. More here.

The intelligence community gathers evidence everyday from countless sources, but when actual documents from Islamic State have been retrieved, the threat level and investigations mount even higher.

US seize haul of 10,000 documents and 4.5 terabytes of information from ISIS fighters in Syria – including clues on ‘foreign fighters’ entering Europe

US intelligence agents are studying files captured from ISIS in a bid to identify potential terrorists returning to the west.

The cache includes some 10,000 documents and 4.5 terabytes of information containing the identities and countries of origin of the terror group’s fighters.

Also contained in the intelligence files are details of the routes used to smuggle terrorists in and out of the warzone.

The information was captured in Manbij in Northern Syria after the terror group was pushed back from the city.

McGurk told the New York Times: ‘We want to make sure that all that information is disseminated in a coherent way among our coalition partners so that we can track the networks from the core and all the way to wherever the dots might connect, whether that is in Europe or in North Africa or Southeast Asia.’

Intelligence agents hope the information will help them identify ISIS terrorist cells while also providing details of the group’s finances and might even lead to military strikes against senior terror leaders.

It is estimated that almost 43,000 terrorists from 12 countries have at least attempted to go to Iraq and Syria.

McGurk added: ‘The operation in Manbij is about shutting down the main corridor from Raqqa and then out, in which some of the attackers that launched the Paris attacks we know traveled through that route. By shutting that down, you make it harder for them to kind of plan the larger-scale, kind of more coordinated attacks.’

However, despite the successful operation against ISIS in the city, the coalition has been criticized over an airstrike which killed innocent civilians on July 19.

Colonel Chris Garver said there was credible evidence to support the complaint. 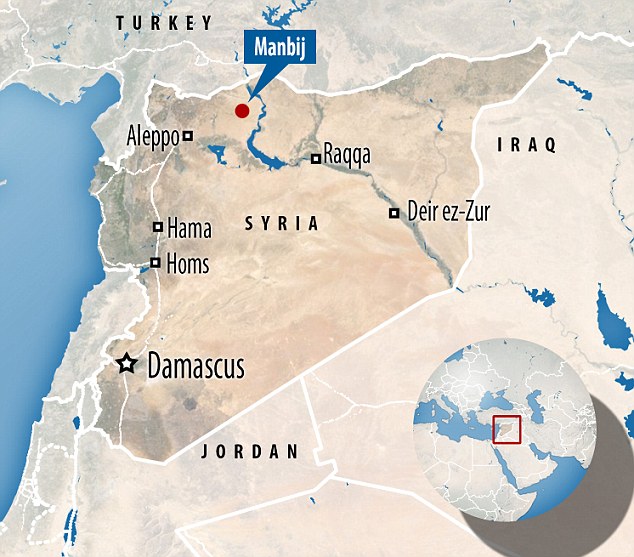 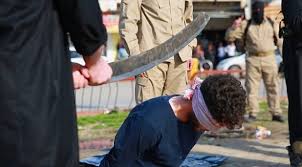 The Britain-based Syrian Observatory for Human Rights said at least 56 civilians, including 11 children, died as they fled from a village near Manbij, a strategic waypoint between Turkey and the jihadist stronghold of Raqa.

A death toll of that magnitude would appear to be the worst in nearly two years of coalition air strikes against ISIS targets.

Garver said Wednesday that death estimates from residents near Manbij ranged from a low of ’10 to 15′ to a high of 73.

Coalition officials often say theirs is the most precise air campaign in history.

Nearly all coalition air strikes use guided munitions, involving laser or GPS systems, or else missiles. Targets are often viewed at length using surveillance drones before the order to attack is issued.

After the Manbij bombardment, Amnesty International urged the coalition to redouble its efforts to prevent civilian deaths and to investigate possible violations of international humanitarian law.

The London-based nongovernmental organization Airwars has estimated that the roughly 14,000 coalition bombing attacks since August 2014 have claimed at least 1,513 civilian lives.

The coalition has officially acknowledged only a few dozen civilian victims.

After the air strikes of July 19, the main Syrian opposition group, the Istanbul-based National Coalition, called on the US-led forces to suspend bombardments.

The group’s president, Anas al-Abdeh, said civilian casualties could heighten a sense of desperation among Syrians and provide a recruiting tool for extremist groups like ISIS.

Garver said last week that the jihadists had been mounting exceptionally fierce resistance in Manbij.

He added: ‘It’s a fight like we haven’t seen before. More detail, photos and videos here from DailyMail.