Details, dates and motivations are everything when it comes decisions to cooperate with the FBI or not. Seems the powerbrokers in the Clinton campaign headquarters in Brooklyn did not trust the FBI either but one department within the agency is different from another. 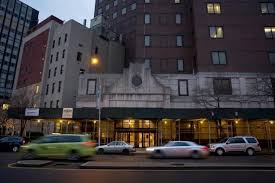 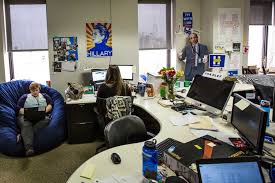 Yahoo: The FBI warned the Clinton campaign that it was a target of a cyberattack last March, just weeks before the Democratic National Committee discovered it had been penetrated by hackers it now believes were working for Russian intelligence, two sources who have been briefed on the matter told Yahoo News.

In a meeting with senior officials at the campaign’s Brooklyn headquarters, FBI agents laid out concerns that cyberhackers had used so-called spear-phishing emails as part of an attempt to penetrate the campaign’s computers, the sources said. One of the sources said agents conducting a national security investigation asked the Clinton campaign to turn over internal computer logs as well as the personal email addresses of senior campaign officials. But the campaign, through its lawyers, declined to provide the data, deciding that the FBI’s request for sensitive personal and campaign information data was too broad and intrusive, the source said.

A second source who had been briefed on the matter and who confirmed the Brooklyn meeting said agents provided no specific information to the campaign about the identity of the cyberhackers or whether they were associated with a foreign government. The source said the campaign was already aware of attempts to penetrate its computers and had taken steps to thwart them, emphasizing that there is still no evidence that the campaign’s computers had actually been successfully penetrated.

Related reading: Hey FBI, the Investigation into the DNC Hacking is Over Here

But the potential that the intruders were associated with a foreign government should have come as no surprise to the Clinton campaign, said several sources knowledgeable about the investigation. Chinese intelligence hackers were widely reported to have penetrated both the campaigns of Barack Obama and John McCain in 2008.

The Brooklyn warning also could raise new questions about why the campaign and the DNC didn’t take the matter more seriously. It came just four months after the DNC had also been contacted by FBI agents alerting its information technology specialists about a cyberattack on its computers, the sources told Yahoo News. As with the warning to the Clinton campaign, the FBI initially provided no details to the DNC.

As Yahoo News first reported this week, in early May a DNC consultant who was investigating Trump campaign chief Paul Manafort’s work for pro-Putin political figures in Ukraine alerted senior committee officials that she had been notified by Yahoo security that her personal email account had been targeted by “state-sponsored actors.” The DNC had already realized that it was the victim of a serious breach, but the red flag from the staffer prompted committee security officials to conclude for the first time that the suspected cyberhackers were likely associated with the Russian government.

By mid-May, Director of National Intelligence James Clapper was telling reporters that US. Intelligence officials “already had some indications” of hacks into political campaigns that were likely linked to foreign governments and that “we’ll probably have more.”

In a talk at the Aspen Security Forum Thursday, Clapper said the U.S. government is not “quite ready yet” to “make a public call” on who was behind the cyberassault on the DNC, but he suggested one of “the usual suspects” is likely to blame. “We don’t know enough [yet] to … ascribe a motivation, regardless of who it may have been,” Clapper said.

Clapper’s comments come amid a mounting debate within the Obama administration about whether to publicly blame the Russian government for the cyberattack on the DNC. (A senior law enforcement official told Yahoo News that the Russians were “most probably” involved in the cyberattack, but cautioned that the investigation is ongoing.) On Wednesday, Sen. Dianne Feinstein of California and California Rep. Adam Schiff, the ranking Democrats on the Senate and House Intelligence Committees, wrote President Obama calling for a stern response, asserting that if the accounts of Russian involvement are true, “It would represent an unprecedented attempt to meddle in American domestic politics.”

But Clapper is reportedly among a number of U.S. intelligence officials who have resisted calls to publicly blame the Russians, viewing it as likely the kind of activity that most intelligence agencies engage in. “[I’m] taken aback a bit by … the hyperventilation over this,” Clapper said during his Aspen appearance, adding in a sarcastic tone, “I’m shocked somebody did some hacking. That’s never happened before.”

The confirmation that the campaign was warned by the FBI as early as March of an attempted breach of its computers is a further indication that the scope of the possible Russian attack may have been far wider and extensive than the official DNC accounts.

The FBI’s request to turn over internal computer logs and personal email information came at an awkward moment for the Clinton campaign, said the source, familiar with the campaign’s internal deliberations. At the time, the FBI was still actively and aggressively conducting a criminal investigation into whether Clinton had compromised national security secrets by sending classified emails through a private computer server in the basement of her home in Chappaqua, N.Y. There were already press reports, to date unconfirmed, that the investigation might have expanded to include dealings relating to the Clinton Foundation. Campaign officials had reason to fear that any production of campaign computer logs and personal email accounts could be used to further such a probe. At the Brooklyn meeting, FBI agents emphasized that the request for data was unrelated to the separate probe into Clinton’s email server. But after deliberating about the bureau’s request, and in light of the lack of details provided by the FBI and the absence of a subpoena, the Clinton campaign chose to turn down the bureau’s request, the source said.