Jacob Jeremiah Sullivan is an American political advisor who serves as the United States National Security Advisor to President Joe Biden. He was previously a senior policy advisor to Hillary Clinton’s 2016 presidential election campaign and her deputy chief of staff at the Department of State when she was Secretary of State.

But we must go backwards somewhat and then forwards…. 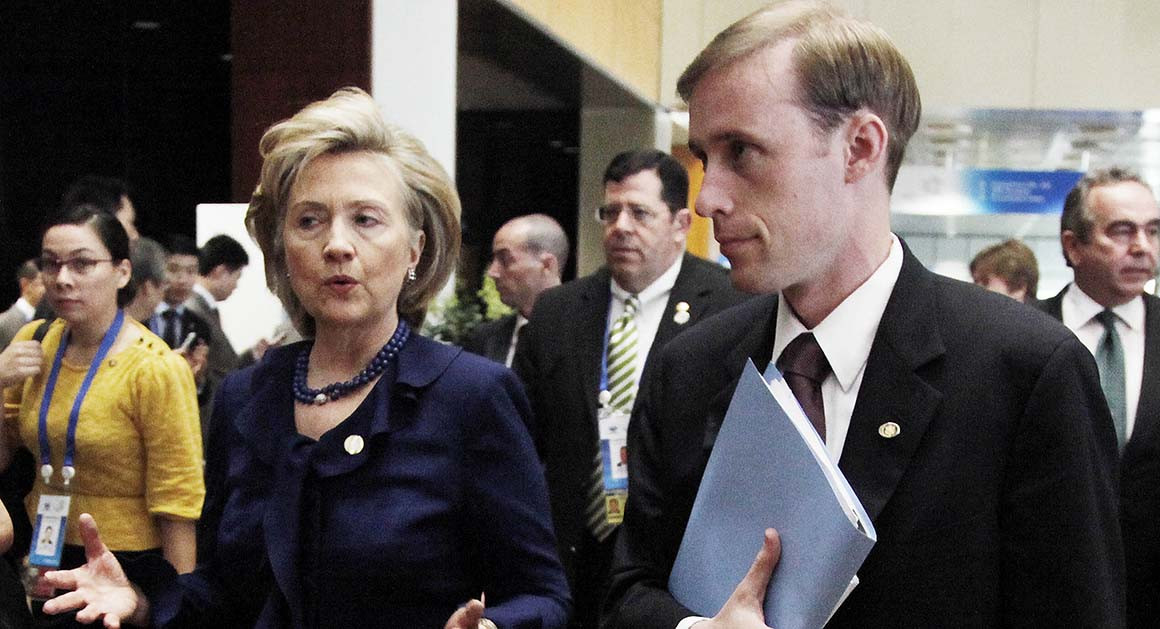 . Jake was the secret agent man of Hillary Clinton.

It was Sept. 27, 2013, and President Barack Obama was about to place a historic phone call to the president of Iran — a conversation that would kick off the public phase of nuclear talks between two longtime adversaries.

And it was at that moment that Jake Sullivan, a 30-something aide who’d spent months secretly laying the groundwork for the talks, started to panic. Jake was part of an interesting phone call –>   a 15-minute call in which Obama and Iranian President Hassan Rouhani warmly agreed to pursue the talks.

Eighteen months later, Sullivan’s attention to detail has paid off. In Switzerland on Thursday, officials from the U.S. and five other nations reached a framework deal to limit Iran’s nuclear program — vindicating, for the moment at least, Sullivan’s deep personal involvement in the process.

And thanks to Sullivan, the deal also bears the clear fingerprints of his political mentor, former Secretary of State Hillary Clinton, who first assigned him to the Iran file and with whom he remains extremely close. Sullivan “was at my side nearly everywhere I went” as secretary of state, Clinton wrote in her memoir, “Hard Choices.”

Sullivan has emerged as Clinton’s most trusted foreign policy adviser. It remains undecided whether he‘ll have a formal post at campaign headquarters during her all-but-certain 2016 presidential run, but Clinton allies say he’ll be in daily contact with the candidate regardless.

And should Clinton win the White House, Sullivan, now 38, is almost certain to take a top post in her administration — possibly even as the country’s youngest-ever national security adviser.

“The sky’s the limit,” says Strobe Talbott, a former top State Department official under Bill Clinton. “He is somebody of extraordinary intelligence and temperament.” More here. 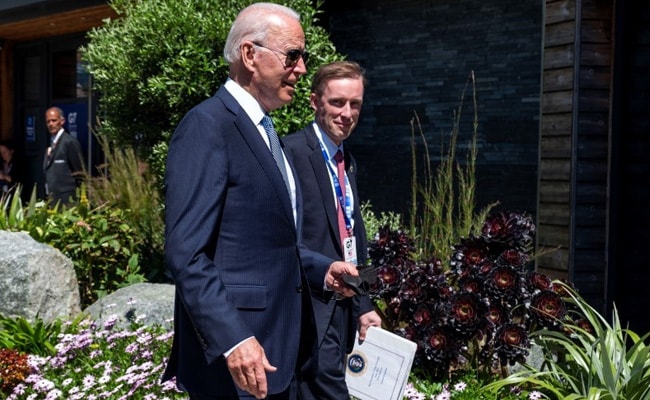 Forward: Last month Washington was rocked by the indictment of Michael Sussman, former counsel for Hillary Clinton’s 2016 presidential campaign and the Democratic National Committee, for his alleged role in spreading a false Russia conspiracy theory. Jonathan Turley writes in part:

As soon as the conspiracy theory was packaged and delivered the FBI and the media by Sussman, the indictment recounts an exchange between some of those “VIPs”: “… on or about September 15, 2016, Campaign Lawyer-1 exchanged emails with the Clinton Campaign’s campaign manager, communications director, and foreign policy advisor concerning the Russian Bank-1 allegations that SUSSMANN had recently shared with Reporter-1.” The campaign lawyer reportedly was Elias, and the “foreign policy advisor” reportedly was Sullivan.

Sullivan was quoted in an official campaign press statement as stating that the Alfa Bank allegation “could be the most direct link yet between Donald Trump and Moscow.” In the statement, Sullivan said: “Computer scientists have apparently uncovered a covert server linking the Trump Organization to a Russian-based bank. This secret hotline may be the key to unlocking the mystery of Trump’s ties to Russia … This line of communication may help explain Trump’s bizarre adoration of Vladimir Putin.”

The U.S. intelligence community ultimately rejected the Alfa Bank conspiracy. It also concluded that the Steele dossier not only relied on a suspected Russian agent but likely was used by Russian intelligence to spread disinformation through the Clinton campaign.

Yet, when Sullivan was later questioned by Congress, he went full Sergeant Schultz, claiming he basically did not have a clue about the basis or origins of the Alfa Bank controversy or other campaign-orchestrated scandals. Sullivan was adept at laying qualifiers upon qualifiers to render statements useless: “broadly speaking, at some point in the summer, and I don’t remember exactly when it was, around the convention, I learned that there was an effort to do some research into the ties between Trump and Russia.” That will make any false statement claim difficult absent direct involvement in the planning of these “campaign efforts.”

Sullivan denied knowing that Elias or Sussman were working for the Clinton campaign, despite numerous news articles identifying Elias as the campaign’s general counsel. Sullivan just shrugged and said: “To be honest with you, Marc wears a tremendous number of hats, so I wasn’t sure who he was representing. I sort of thought he was, you know, just talking to us as, you know, a fellow traveler in this — in this campaign effort.”

That seems odd, given Sullivan’s long, close involvement with Clinton and her campaigns. He advised her during the 2008 Democratic presidential primaries and later became her deputy chief of staff and policy planning director at the State Department. He was one of the notable names in Clinton’s email scandal and the recipient of her controversial order to strip the classification headings on a key email.  He later rejoined Clinton again during the 2016 campaign as one of her senior-most advisers.

Yet, the lack of disclosure over those behind the “campaign effort” seems suspiciously consistent. Sussman was indicted for allegedly hiding his representation of Clinton in pushing the Alfa Bank conspiracy. Elias was accused of doing the same with reporters on the Steele Dossier. He also reportedly sat next to campaign chair John Podesta when he denied such connections to Congress. Now Sullivan denies any knowledge of the campaign’s early role in these scandals.

It is notable that, when Sullivan was Clinton campaign’s foreign policy adviser, President Obama was given a national security briefing of Clinton’s alleged plan to tie then-candidate Trump to Russia as “a means of distracting the public from her use of a private email server.” That briefing was on July 28, 2016 — three days before the Russia investigation was initiated.

This brings us back to Durham’s calendar. Sullivan reportedly gave his series of denials to Congress in December 2017. The statute of limitations for lying to Congress is five years, which means that Sullivan still would be within range for Durham if the special counsel does not buy Sullivan’s denials. He could also find himself unindicted but entirely exposed in a report that is likely to be blistering.

If so, Sullivan could find himself a “fellow traveler” with Sussman — not “in this campaign effort” but in Durham’s still-unfolding prosecution effort instead.