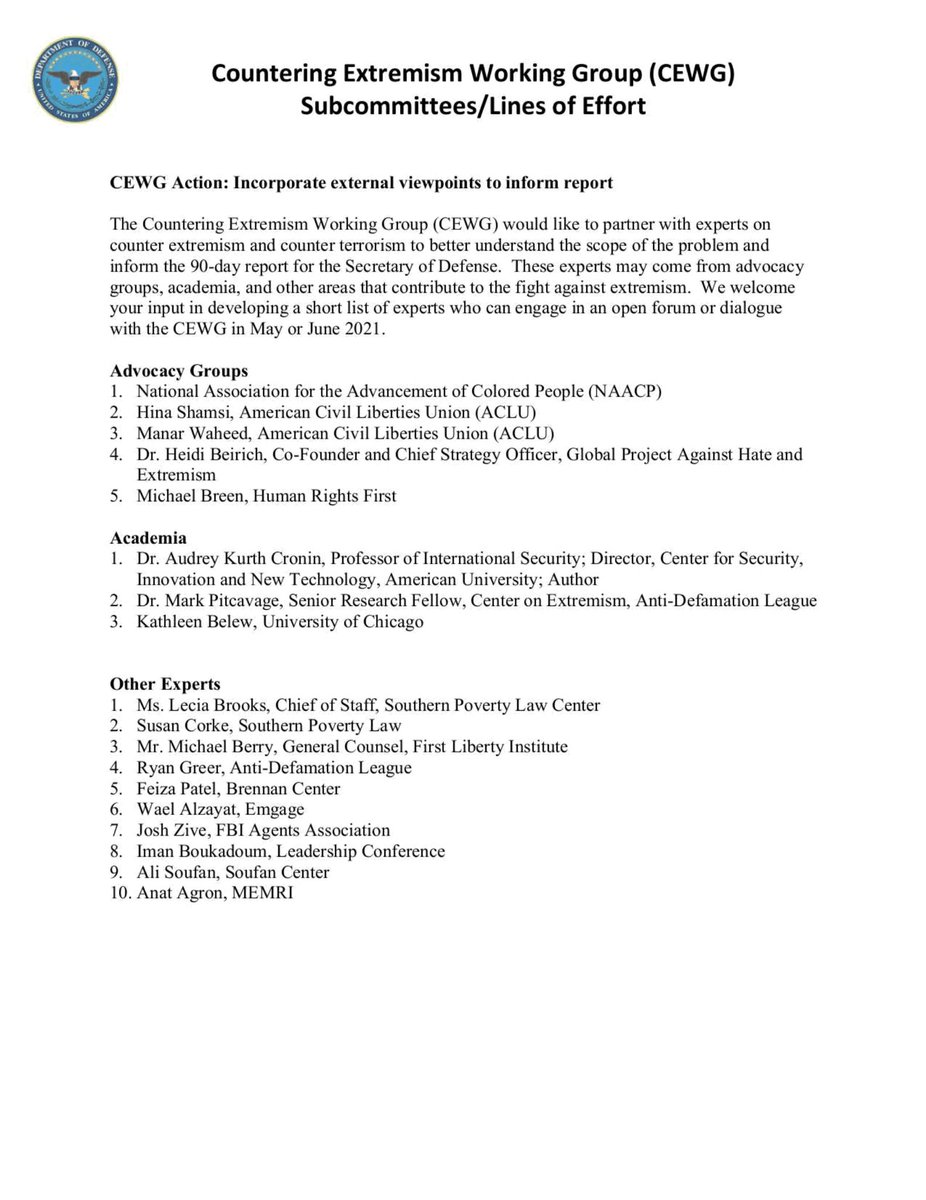 Your task is to check out the resumes of each of these people. For further context keep reading. 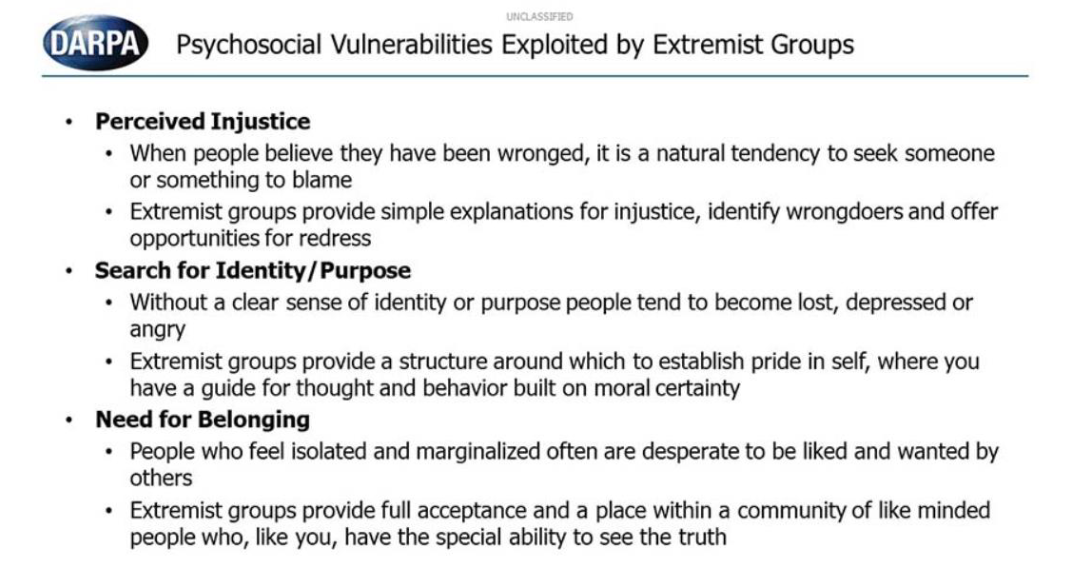 Flags from the left-wing Antifa movement. Depictions of Pepe the Frog, the cartoon character that’s been misappropriated by racist groups. Iconography from the far-right Proud Boys, including the phrase “stand back and stand by” from former President Donald Trump.

They are all signs that extremists could be infiltrating the military, according to internal training materials that offer a more detailed view into the array of radical groups and ideologies the Pentagon is trying to keep out of the ranks.

“There are members of the [Department of Defense] who belong to extremist groups or actively participate in efforts to further extremist ideologies,” states a 17-page briefing obtained by POLITICO that was compiled by the DoD Insider Threat Management and Analysis Center, which is part of the Defense Counterintelligence and Security Agency.

“Be aware of symbols of far right, far left, Islamist or single issue ideologies,” it warns, stressing that members of the military and civilian personnel have “a duty and responsibility” to report extremist behavior or activity.

The materials were prepared as part of a broader Pentagon effort to crack down on extremists who may be lurking inside the military after dozens of ex-service members were arrested for their roles in the Jan. 6 attack on the U.S. Capitol to stop the certification of the presidential election.

The prevalence of extremists in the Defense Department appears to be small. For example, the 222,000-strong Marine Corps recently reported that it kicked out four members last year for extremist activity.

But the Pentagon says one is too many and the true numbers are not known because adherents who have been recruited by extremist groups or encouraged to enlist often organize and communicate in secret.

“No one truly knows,” Audrey Kurth Cronin, the director of American University’s Center for Security, Innovation and New Technology, told a House panel this week. “No serious plan can be built without defining the scope of the problem.”

The internal training materials focus on extremist behavior and symbolism — of all different stripes — and point out the risk of making false assumptions about people who do not pose any threat. This includes pointing out that religious conservatives are often mistakenly lumped together with white supremacists or other extremists.

The Department of Homeland Security has said white supremacist extremists are the most lethal terror threat facing the U.S. And while Republicans accused far-left groups such as Antifa of taking part in the insurrection, FBI Director Christopher Wray told lawmakers this month there’s “no evidence” those groups played a role.

Last month, Defense Secretary Lloyd Austin ordered a force-wide stand down requiring all units to discuss the threat of extremism within 60 days.

He called it the first step in “a concerted effort to better educate ourselves and our people about the scope of this problem and to develop sustainable ways to eliminate the corrosive effects that extremist ideology and conduct have on the workforce.”

The stand downs also include “listening sessions” to hear from Pentagon personnel about their experiences with activity, such as one held on Friday by a unit of the Army’s 101st Airborne Division.

The department published broad guidance for commanders to address address extremism, which focuses on reinforcing the military’s core principles enshrined in the oath they take to the Constitution and several case studies of military members who were prosecuted for engaging in extremist activity or plotting with radical groups.

But those materials did not identify specific threat groups, and Austin has provided wide leeway for individual units and commands to address the challenge as they see fit.

The internal briefing shared with POLITICO was compiled by the human resources office at the Defense Advanced Research Projects Agency, a small Pentagon agency of several hundred military personnel, civilian employees and contractors that manages research into breakthrough technologies.

Pentagon spokesman Jamal Brown noted that military units and individual components have been given broad authority to tailor their own approaches to addressing the extremist threat with their employees. He could not immediately say how many personnel have received this specific information and deferred questions about it to DARPA.

Jared Adams, a spokesperson for DARPA, explained in an email that “our training module was copied verbatim from the material provided by the DOD Insider Threat Management & Analysis Center of the Defense Counter Intelligence and Security Agency.

“We did not add any symbols and used all the imagery provided,” Adams said.

The briefing was sent to civilian employees as part of required training across the department for “Extremism and Insider Threat in the DoD.” Adams said it is required training to be completed by this month. Employees have to digest the material and then answer some questions.