Primer: This site published an item on Saule Omarova last month, Biden’s Nominee for the Treasury Dept is Member of a Facebook Marxist Group

A big question would be just how she could pass and gain security clearance?

One has to ask where do these people come from such that Biden staff personnel know about them in the first place and then nominate that for a cabinet position, which apparently Biden himself approves….

In part consider these additional items:

A 2020 article written by Omarova that suggests the need for a government-controlled “people’s ledger” that would “end banking as we know it” has caused further friction over her nomination, with some reports suggesting that moderate Democrats may oppose her appointment.

A Republican senator has called on Omarova to hand over her university thesis from her time at Moscow State University, which was titled Karl Marx’s Economic Analysis And The Theory Of Revolution In Das Kapital. In the Soviet Union, it was nearly impossible for ambitious academics to avoid extolling the “virtues” of socialism and Marxist theory. More here.

Among Omarova’s publications, “The People’s Ledger: How to Democratize Money and Finance the Economy,” written for Vanderbilt Law Review, is of particular interest. Here, she argues all bank accounts should be in – what she terms – “FedAccounts” to be monitored by the Federal Reserve. [source]

From past tweets of hers, we know that she has praised the Soviet Union, with her most popular tweet stating, “Say what you will about old USSR, there was no gender pay gap there. Market doesn’t always ‘know best.’”[source]

Since her nomination to the position within the OCC as the Comptroller of the Currency (an office I don’t believe is helpful in the first place), Senator Pat Toomey asked her to turn over her thesis on Marxism to the Senate. She refused. Moscow University representatives stated the thesis was destroyed, and no copies of Omarova’s work existed within the university. source 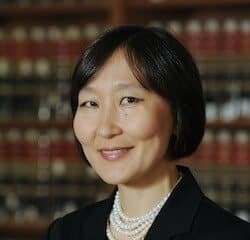 She authored this item in Social Europe, it is terrifying.

Perhaps the Biden mission to destroy the American oil and gas industry is coming from her.

She wants to regulate the banking system said earlier this year that she wants to “starve” companies of money to invest in the oil and gas industry in order to fight climate change, comments that could further complicate her chances of Senate confirmation. Additionally, she has proposed establishing a National Investment Authority to divert investments away from the oil and gas industry and into “clean and green” infrastructure projects. Speaking at a virtual forum in May, Omarova said “the way we basically get rid of those carbon financiers is we starve them of their sources of capital.”Omarova, a professor at Cornell Law School, says her proposed National Investment Authority would serve as the “fighting muscle” of the progressive-backed Green New Deal. Under Omarova’s proposal, the National Investment Authority would create investment funds and issue bonds in order to lure investors to fund clean energy projects, sapping oil and gas projects of their funding. The agency, which Omarova modeled after the New Deal-era Reconstruction Finance Corporation, would work closely with the Federal Reserve and Treasury Department, which oversees the Office of the Comptroller of the Currency. More here.