First question is where is Trita Parsi, Ben Rhodes and Ploughshares….

Those answers may be related to –>

The Department of Justice charged a political scientist and frequent contributor to left-leaning foreign policy publications and mainstream newspapers with acting as an unregistered agent for Iran, according to an announcement from federal prosecutors.

Using the guise of a free-thinking academic, Kaveh Lotfolah Afrasiabi has since 2007 been pushing regime propaganda in publications including the New York Times, Boston Globe, Washington Post, and the Nation magazine, as well as many academic journals. Afrasiabi was formally charged on Tuesday with “acting and conspiring to act as an unregistered agent of the Government of the Islamic Republic of Iran,” according to an indictment unsealed in a Brooklyn federal court. More details here.

So, Breitbart has published an item that details several clues that the Biden administration will be more pro Iran and anti Israel and suggests much of that is already underway. It appears that Breitbart is accurate in this assessment when one also includes the fact that John Kerry is on the Biden team and Biden has chosen Wendy Sherman to be the #2 at the State Department. Sherman was John Kerry’s right hand person during the entire Iran nuclear deal. In fact Biden’s selections for key positions at the State Department are almost all Obama re-treads. 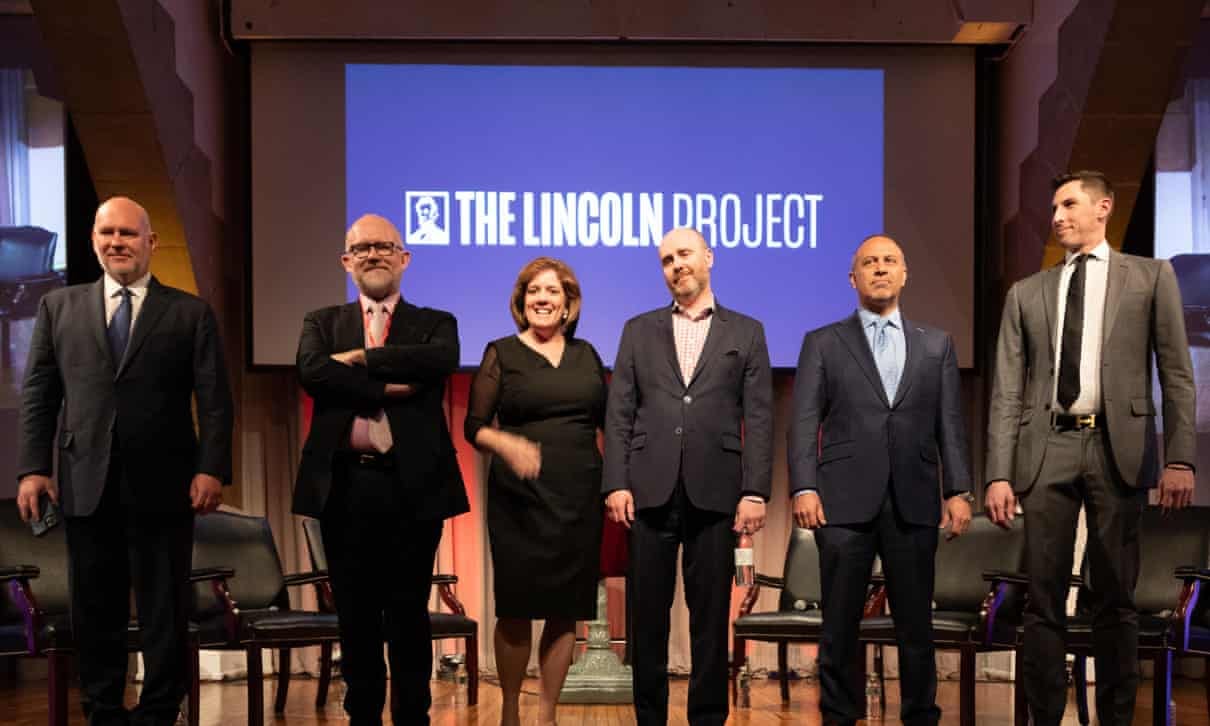 Meanwhile, we know how disgusting and nefarious the members of The Lincoln Project are….but fair warning as it appears they are the newest version of Fusion GPS…opposition research. How is that related to Iran?

The experienced political grifters who founded the Lincoln Project aren’t going to let Donald Trump’s imminent departure or the end of the 2020 U.S. election cycle impede their cash flow.

Four founding members of the controversial super PAC, which recently parted ways with cofounder John Weaver after dozens of young men accused him of sexually inappropriate behavior, are taking their talents to Israel in an effort to make money by advising one of Prime Minister Benjamin Netanyahu’s opponents in the Jewish state’s upcoming elections.

The Associated Press confirmed that Steve Schmidt, Rick Wilson, Stuart Stevens, and Reed Galen were recently hired to advise Gideon Sa’ar, a Netanyahu rival who left the Likud Party in 2019 after an unsuccessful campaign for party leadership. Sa’ar, who founded the New Hope party in December 2020, has accused Netanyahu of being too conciliatory to Palestinian interests.

Prime Minister Netanyahu has taken a very hard stance against the nuclear deal and his opposition has been more soft on the approach. There is another fact that barely made any headlines stating that Iran is the new defacto headquarters for al Qaeda. Remember them? 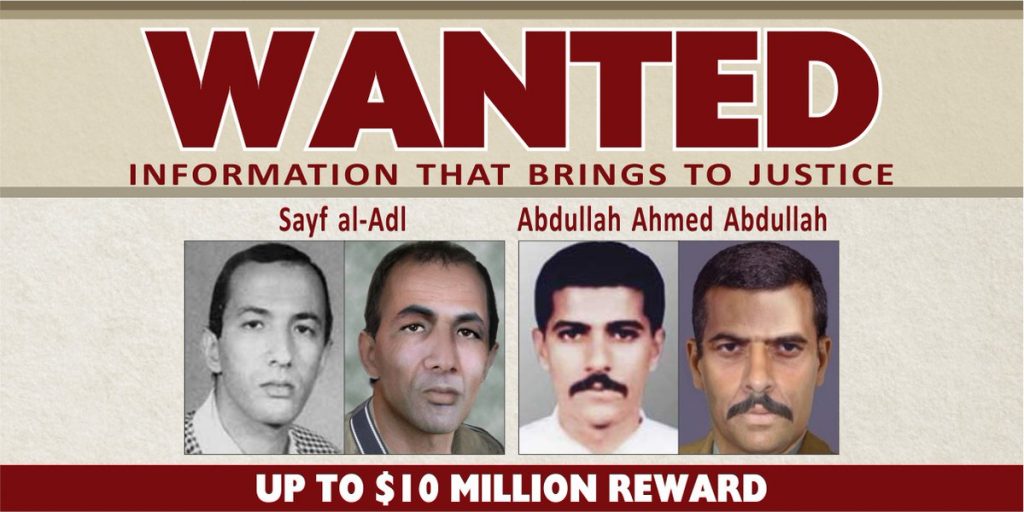 For 37 years, under Republican and Democratic administrations alike, the Islamic Republic of Iran has been designated as a state sponsor of terrorism.

Tehran sponsors Hezbollah in Lebanon, Syria and other countries, Shia militias in Iraq, Houthi rebels in Yemen, and Hamas and Palestinian Islamic Jihad in Gaza.

In 1998, an indictment issued by a U.S. district court stated that al Qaeda had “forged alliances” with the “government of Iran and its associated terrorist group Hezbollah for the purpose of working together against their perceived common enemies in the West, particularly the United States.”

In 2011, a federal judge in New York ruled that the Tehran regime had provided support for the attacks of Sept. 11, 2001.

From 2011 to 2016, the Obama administration repeated in formal terrorist designations and other official statements that the Iranian regime had a “secret deal” with al Qaeda that allows the group to “to funnel funds and operatives through” Iranian territory.

Under President Obama, the Treasury and State Departments described this network inside Iran as al Qaeda’s “core facilitation pipeline,” identified its leader as Yasin al-Suri, who had been allowed by “Iranian authorities” to operate inside Iran since 2005. This month, the State Department revealed that he is still working inside Iran.

Another document seized during that raid, but not released until 2017, states that al Qaeda operatives in Iran were given “everything they needed,” including “money, arms” and “training in Hezbollah camps in Lebanon, in exchange for striking American interests in Saudi Arabia and the Gulf.”

Then, two months ago, it was revealed that Abdullah Ahmed Abdullah, al Qaeda’s second-in-command, a planner of the 1998 bombings of two U.S. embassies in Africa, had been living comfortably in Tehran, permitted to maintain a false identity as a Lebanese history professor. He was about to go somewhere in his car when assassins — presumably dispatched by Israel — ended his career.

AQ leaders in Iran also are allowed to “to fundraise, to freely communicate with al-Qaeda members around the world, and to perform many other functions that were previously directed from Afghanistan or Pakistan.”

He added: “As a result of this assistance, al Qaeda has centralized its leadership inside of Tehran.”

He named and announced sanctions on two such AQ leaders, and designated three members of an al Qaeda-linked group that, he said, operates on the border between Iran and Iraq.

Most media covered Mr. Pompeo’s remarks dismissively. The Associated Press told readers that “many in the intelligence community” found Mr. Pompeo’s charges regarding the Tehran-AQ link “overblown given a history of animosity between the two.”

And, of course, those who sympathize with Iran’s rulers were outraged. Jamal Abdi, president of the National Iranian American Council (NIAC), asserted that Mr. Pompeo has “leaked materials to the advocacy group Foundation for Defense of Democracies aimed at supporting the claim of Iran and al Qaeda ties.”

That’s false. Beginning in 2011, colleagues at FDD worked hard to persuade the U.S. government to declassify and release primary source documents retrieved from Osama bin Laden’s villa in Pakistan. Mr. Pompeo, as CIA director, did that in 2017.

These documents are key for understanding how al Qaeda operates — in Iran and many other countries. But, as noted, the fact that AQ had an “agreement” with the Iranian regime had been revealed by the Obama administration years earlier. Why NIAC would not want additional information released I leave for you to consider.

The Obama administration ended up transferring billions of dollars to Iran’s rulers in exchange for their promise to slow-walk their nuclear program. The money was used to develop missiles that can carry nuclear warheads, establish military bases in Syria, arm Houthi rebels, attack Saudi oil facilities, and similar purposes.

And while Iran’s rulers remained in the Joint Comprehensive Plan of Action (JCPOA) along with our European allies, they have repeatedly violated their obligations, for example announcing this past weekend that they were preparing to produce uranium metal, which they had agreed not to do for 15 years.

France, Germany and Britain urged the theocrats to “return to compliance with their JCPOA commitments without further delay.” A prediction: Iran’s rulers will promise to do that if the price is right. But they won’t keep their promise. Because they are not with us. They are with the terrorists — including those who attacked us on 9/11. source and hat tip