While much of the global hacking came to a scandal status in 2015-16, the Russian ‘Fancy Bear’ activity goes back to at least 2008. The FBI is an investigative wing and works in collaboration with foreign intelligence and outside cyber experts. For official warnings to be provided to U.S. government agencies, contractors, media or political operations, the FBI will generally make an official visit to affected entities to gather evidence. The NSA, Cyber Command and the DHS all have cyber experts that track and work to make accurate attributions of the hackers. 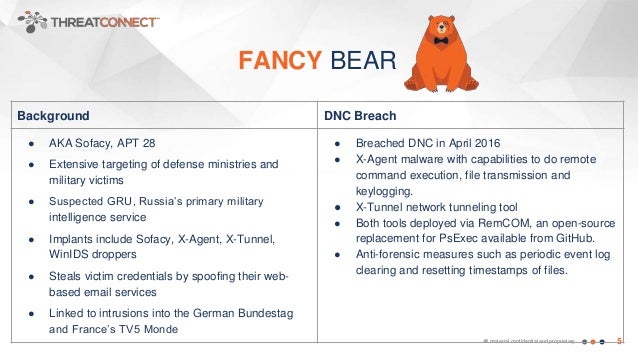 The Department of Homeland Security is generally the agency to make official warnings. The Associated Press gathered independent cyber experts to perform an independent study and is ready to blame the FBI for not going far enough in warnings.

When it came to the Clinton presidential campaign hack, the FBI made several attempts to officials there and were met with disdain and distrust. The FBI wanted copies of the ‘log-in’ files for evidence and were denied.

In part the AP report states:

In the absence of any official warning, some of those contacted by AP brushed off the idea that they were taken in by a foreign power’s intelligence service.

“I don’t open anything I don’t recognize,” said Joseph Barnard, who headed the personnel recovery branch of the Air Force’s Air Combat Command.

That may well be true of Barnard; Secureworks’ data suggests he never clicked the malicious link sent to him in June 2015. But it isn’t true of everyone.

An AP analysis of the data suggests that out of 312 U.S. military and government figures targeted by Fancy Bear, 131 clicked the links sent to them. That could mean that as many as 2 in 5 came perilously close to handing over their passwords.

It’s not clear how many gave up their credentials in the end or what the hackers may have acquired.

Some of those accounts hold emails that go back years, when even many of the retired officials still occupied sensitive posts.

Overwhelmingly, interviewees told AP they kept classified material out of their Gmail inboxes, but intelligence experts said Russian spies could use personal correspondence as a springboard for further hacking, recruitment or even blackmail.

“You start to have information you might be able to leverage against that person,” said Sina Beaghley, a researcher at the RAND Corp. who served on the NSC until 2014.

In the few cases where the FBI did warn targets, they were sometimes left little wiser about what was going on or what to do.

Rob “Butch” Bracknell, a 20-year military veteran who works as a NATO lawyer in Norfolk, Virginia, said an FBI agent visited him about a year ago to examine his emails and warn him that a “foreign actor” was trying to break into his account.

“He was real cloak-and-dagger about it,” Bracknell said. “He came here to my work, wrote in his little notebook and away he went.”

Left to fend for themselves, some targets have been improvising their cybersecurity.

Retired Gen. Roger A. Brady, who was responsible for American nuclear weapons in Europe as part of his past role as commander of the U.S. Air Force there, turned to Apple support this year when he noticed something suspicious on his computer. Hughes, a former DIA head, said he had his hard drive replaced by the “Geek Squad” at a Best Buy in Florida after his machine began behaving strangely. Keller, the former senior spy satellite official, said it was his son who told him his emails had been posted to the web after getting a Google alert in June 2016.

A former U.S. ambassador to Russia, Michael McFaul, who like many others was repeatedly targeted by Fancy Bear but has yet to receive any warning from the FBI, said the lackluster response risked something worse than last year’s parade of leaks.

“Our government needs to be taking greater responsibility to defend its citizens in both the physical and cyber worlds, now, before a cyberattack produces an even more catastrophic outcome than we have already experienced,” McFaul said. Read the full article here. 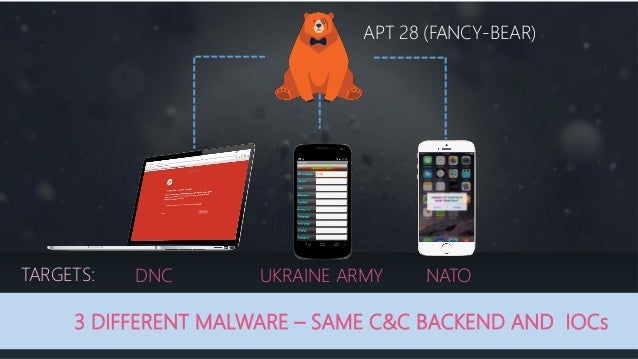 Every organization has a Chief Technology Officer, even small business has a ‘go-to’ person for issues. To be in denial there are any vulnerabilities is reckless and dangerous. To assume systems are adequately protected against cyber intrusions is also derelict in duty.

APT28 made at least two attempts to compromise Eastern European government organizations:
•
In a late 2013 incident, a FireEye device
deployed at an Eastern European Ministry of
Foreign Affairs detected APT28 malware in
the client’s network.
•
More recently, in August 2014 APT28 used a
lure (Figure 3) about hostilities surrounding a
Malaysia Airlines flight downed in Ukraine in
a probable attempt to compromise the Polish
government. A SOURFACE sample employed
in the same Malaysia Airlines lure was
referenced by a Polish computer security
company in a blog post.
The Polish security
company indicated that the sample was “sent
to the government,” presumably the Polish
government, given the company’s locations and visibility.

There is also NATO, the World Bank and military trade shows. Pure and simple, it is industrial espionage.

Excerpts from above were extracted in part from this 45 page report.
FireEye, is a non-government independent cyber agencies that has performed and continues to perform cyber investigations and attributions. There are others that do the same. To blame exclusively the FBI for lack of warnings is unfair.
Hacking conditions were especially common during the Obama administration and countless hearings have been held on The Hill, while still there is no cyber policy, legislation or real consequence. Remember too, it was the Obama administration that chose to do nothing with regard to Russia’s interference until after the election in November and then only in December did Obama expel several Russians part of diplomatic operations and those possibly working under cover including shuttering two dachas and one mission post in San Francisco.
Posted in Citizens Duty, Cyber War, Department of Defense, Department of Homeland Security, DOJ, DC and inside the Beltway, Failed foreign policy, FBI, Gangs and Crimes, Military, NSA Spying, Russia, The Denise Simon Experience, Whistleblower.