So, has the ‘BLM’ Black Lives Matter operation been cast aside for yet another scheme? Or, is this kind of odd event going to be on top of the BLM and there are more to come?

If this is a clock, where is the time and how come the teacher did not recognize it as a clock?

The Real Story of #IStandWithAhmed 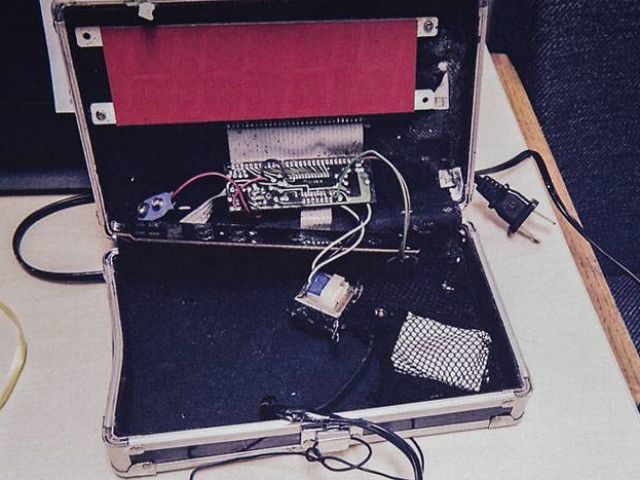 The hubbub surrounding Irving, Texas 14-year-old MacArthur High School student Ahmed Mohammed – the kid who brought a homemade clock-in-a-case that looked like a fake bomb to school – continues apace, with the President of the United States inviting him to the White House, and 2016 Democratic frontrunner Hillary Clinton and Facebook founder Mark Zuckerberg tweeting out encouragement.

There’s only one problem: the whole story smells. It stinks of leftist exploitation.

Here’s what we know. On Monday, Mohammed brought a homemade clock to school. For those who don’t know the ins-and-outs of electronics, the device looked like a possible incendiary device. Ahmed told the media that he made the clock last weekend and brought it to school to show his engineering teacher. He explained to local news, “It was the first time I brought an invention to school to show a teacher.”

He said he took it to school on Monday to show an engineering teacher, who said it was nice but then told him he should not show the invention to other teachers. Later, Ahmed’s clock beeped during an English class, and after he revealed the device to the teacher, school officials notified the police, and Ahmed was interrogated by officers. “She thought it was a threat to her,” Ahmed told reporters Wednesday. “So it was really sad that she took a wrong impression of it.”

Officers said Ahmed was being “passive aggressive” in his answers to their questions, and didn’t have a “reasonable answer” as to what he was doing with the case. Investigators said the student told them that it was just a clock that he was messing around with. “We attempted to question the juvenile about what it was and he would simply only say it was a clock. He didn’t offer any explanation as to what it was for, why he created this device, why he brought it to school,” said James McLellan, Irving Police.

(a) A person commits an offense if the person knowingly manufactures, sells, purchases, transports, or possesses a hoax bomb with intent to use the hoax bomb to:

(1) make another believe that the hoax bomb is an explosive or incendiary device; or

(2) cause alarm or reaction of any type by an official of a public safety agency or volunteer agency organized to deal with emergencies.

(b) An offense under this section is a Class A misdemeanor.

Nobody said Mohammed built an actual bomb. They suspected that he had wanted to frighten or alarm officials with a hoax-bomb. When they found out he didn’t intend to do that, they released him.

Given the limited evidence available, this is not far-fetched. Again, where was the engineering teacher to vouch for Mohammed’s story? Why didn’t Mohammed simply explain himself? The police said that initially, it was “not immediately evident” that the clock-in-a-case was a class experiment – perfectly plausible, given that Mohammed built the clock-in-a-case voluntarily, without assignment, and in conjunction with no science fair.

Chief Larry Boyd said simply and correctly, “You can’t take things like that to school” without explanation or assignment in today’s world without it receiving scrutiny.

And according to the cops, Ahmed was significantly more cooperative with friendly media than with the police who came to ask some simple questions.

That’s probably not a coincidence. Ahmed’s father, as Pamela Geller points out, is an anti-Islamophobia media gadfly. He routinely returns to Sudan to run for president; he has debated anti-Koran Florida pastor Terry Jones, partially in order to bring his children to Disneyworld. In 2011, the Washington Post wrote of him:

Elhassan, a native of the Sudan who is now an American citizen, likes to call himself a sheik. He wears a cleric’s flowing white robes and claims hundreds of followers throughout Egypt, Sudan and in the United States. But he is unknown as a scholar or holy man in the state he has called home for two decades. Religious leaders in Texas say they have never heard of Elhassan, including the imam at the mosque where he worships.

It’s no surprise that Ahmed Mohammed’s dad ran to the cameras at the first opportunity. It’s also no surprise that the terror-connected Council on American-Islamic Relations arrived to push the Islamophobia narrative immediately.

But there’s a long history of detaining science students for experiments administrators don’t understand. Homer Hickam, the subject of the movie October Sky, found himself in handcuffs during the Cold War for starting a forest fire with a rocket he built. And since September 11, such incidents have become more common. As someone who went to a Jewish high school based in Los Angeles and located next to the Simon Wiesenthal Center, police and security regularly evacuated our high school due to bomb threats. If one of the students had brought a device to school in this fashion, the student would have been detained and questioned – again, in an all-Jewish school.

And as Ian Tuttle of National Review has pointed out, America has become extra-paranoid of late: students have been suspended for gun-shaped Pop Tarts, cap guns, finger guns, and saying the word gun, among other grave offenses. And we don’t even need weapons to suspend students anymore: wearing an American flag at the wrong time or donning a Confederate flag t-shirt will do it.

So why, after the detention and release, did this story become a national one? Why did Obama jump on this story? Why did Hillary jump on this story? Where were they for then-16-year-old Kiera Wilmot of Florida to the White House after she was arrested and suspended in 2013 for bringing an experiment with toilet cleaner and aluminum foil to school? She was black but not Muslim, so it didn’t serve the narrative. They were MIA.

So where, exactly, are all the invitations to Jewish students targeted in hate crime incidents?

They don’t exist, because they don’t help President Obama castigate America as xenophobic and backwards – and just as importantly, castigate Texans as particularly likely to don white hoods and go hunt down some Sufis.

The narrative reigns supreme. Ahmed Mohammed brought a clock-in-a-case that looked like a hoax bomb to the uninformed to school; his engineering teacher told him not to show it around; he showed it around; the police showed up, and he was allegedly uncooperative; they decided he was innocent and released him.

That’s not a national scandal. That’s local cops and teachers and administrators doing their jobs, decently but cautiously. Yet that won’t be what you hear. You’ll just hear that America hates Muslims, even as Americans self-righteously tweet out #IStandWithAhmed without hearing the facts.