Asim Umar (1974/1976 – 23 September 2019) was an Indian militant and the leader of al–Qaeda in the Indian Subcontinent. al–Qaeda leader Ayman al-Zawahiri announced the creation of AQIS and introduced Asim Umar as its leader in a video posted online in September 2014. 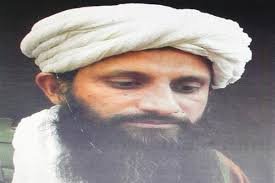 Though the Taliban or al-Qaeda has not given an official confirmation of their own, the Afghan government has released pictures and confirmed his death alongside six other AQIS operatives in a joint U.S.-Afghan operation (Al Jazeera, October 8).

Umar was killed in an Afghan Taliban hideout in Musa Qila district, a known Taliban stronghold in Helmand province. The circumstances are indicative of long-running Afghan Taliban and al-Qaeda ties and their collaboration in the Afghan insurgency. The idea that the Taliban would deny a safe haven to foreign fighters in Afghanistan after reaching a peace deal with the United States, as was suggested during negotiations, has been proven unlikely following Umar’s discovery in Taliban-held territory. More details here.

The U.S. Department of Defense suppressed a press release that would have announced the death of Asim Umar, the emir of Al Qaeda in the Indian Subcontinent, because it “would complicate future negotiations with the Taliban,” military officials have told FDD’s Long War Journal.

The U.S. military killed Umar in the Taliban stronghold of Musa Qala in Helmand province, Afghanistan on Sept. 23, 2019. Umar was killed just two weeks after President Donald Trump canceled a possible deal between the U.S. and the Taliban. As part of that accord, the U.S. was willing to accept the Taliban’s supposed counterterrorism assurances.

The Sept. 23 raid exposed the ongoing ties between the Taliban and al Qaeda’s branch in South Asia. Among the 17 people killed was Haji Mahmood, the Taliban’s military commander for the neighboring district of Naw Zad, which is also controlled by the Taliban.

Zalmay Khalilzad, the U.S. Special Representative for Afghanistan Reconciliation, has claimed throughout “peace” negotiations that the Taliban would sever ties with al Qaeda. But Umar’s presence with the Taliban cast further doubt Khalilzad’s claim that the Taliban is truly willing to split with its longtime battlefield allies.

Umar was not the only al Qaeda operative killed in the raid. Raihan, Umar’s courier to Zawahiri; Faizani, the AQIS chief for Helmand and an ‘explosives expert;’ and Madani, Faizani’s deputy, also perished during the raid, which including intense airstrikes that killed more than a dozen civilians.

Umar’s wife was identified as one of six Pakistani women detained during the operation. Fourteen other “terrorists” were also captured, according to Afghanistan’s National Directorate of Security.

The NDS confirmed Umar’s death on Oct. 8, 2019, and released photographs of Umar, both dead and alive. AQIS itself had previously obscured images of Umar, likely due to its concerns over operational security.

Al Qaeda and AQIS have not released a martyrdom statement confirming his death, but have not denied that he was killed. The Taliban, which has a vested interest in hiding its ties with al Qaeda (although it occasionally slips up) called the reports of his death “a part of enemy fabricated propaganda.”

Umar’s presence with the Taliban was “inconvenient”

The U.S. military was aware of Umar’s death and the Department of Defense was prepared to announce it a week after the statement by the NDS, military officials and officers who are familiar with the events told FDD’s Long War Journal on condition of anonymity.

A press release announcing Umar’s death was drafted and currently resides at the Office of the Secretary of Defense, military officials have confirmed. Yet, three months after OSD drafted the press release, it remains hidden from the public.

FDD’s Long War Journal has contacted the OSD several times over the past three months requesting comment on the press release, but has not received a response.

The U.S. military has suppressed the report of Umar’s death as “his presence with the Taliban during the late stage of talks would complicate future negotiations with the Taliban,” one defense official said.

“Asim Umar, his staff, his courier to [Al Qaeda emir Ayman] Zawahiri, and even his wife, were embedded with the Taliban, in the Taliban’s heartland,” a military officer said. “When you want to sell a split between the Taliban and Al Qaeda, these facts become inconvenient.”