Ukraine is launching a Telegram bot to collect evidence of war crimes as the International Criminal Court said it would launch an investigation into Russia’s invasion.

The General Staff of the Armed Forces in Ukraine said Tuesday the country’s Security Service has launched the bot so people can record and submit war crimes Russia is committing against Ukrainians, according to a group of independent Ukrainian journalists.

The country also has a bot on Telegram where civilians can report movements for Russian troops and vehicles.

Ukrainian President Volodymyr Zelensky and other officials have said Russia is committing war crimes while the U.S. has confirmed Russia is going after schools and hospitals.

ICC Prosecutor Karim Khan said “allegations of war crimes, crimes against humanity or genocide committed on any part of the territory of Ukraine by any person” will be investigated.

Russian military equipment seized by Ukrainian forces throughout an explosive conflict poised to enter its third week may prove a gold mine for U.S. intelligence looking to get a rare look at Moscow’s weapons and the encrypted command and control data they contain, current and former U.S. military personnel told Newsweek.

“The gear is huge,” Mike Jason, a retired U.S. Army colonel who served in Afghanistan, Iraq and Kosovo, told Newsweek. “It’s like capturing an enigma machine.”

The term refers to the cipher device employed by Nazi Germany during World War II to mask the Third Reich’s secret communications, a code ultimately unraveled by the Allies, constituting a major intelligence advantage.

Now as Russian President Vladimir Putin continues to argue today for the “denazification” of Ukraine through what he has deemed a “special military operation” decried by much of the international community as an unjustified invasion of the neighboring country, an opportunity may exist to listen in on Moscow’s war effort.

Should Ukraine get its hands on such assets, Jason said there are “immediate implications” and “long-term implications,” including those that involve the country’s foreign backers.

Among the potential “immediate” impacts would be that Kyiv “can perhaps listen in right now to what is happening, then exploit in real-time,” Jason said. One of the possible “long-term” effects he identified was that “the equipment can be reverse-engineered, say, sent to a major foreign intelligence exploitation lab, etc.”

“And then,” he added, “technology can be developed to jam and/or listen in, etc.”

Given the active war effort, U.S. military officials have been reticent in speaking publicly about the extent to which intelligence was being shared between Washington and Kyiv. Reached for comment, a Pentagon spokesperson told Newsweek that “we have nothing to offer, as we do not speak to intelligence assessments.”

But one U.S. cyberwarfare officer, who asked to remain anonymous, told Newsweek that “we have covert folks attempting to acquire hardware all the time.”

And, though no reliable figures as to the extent of Russia’s military losses thus far have been made public, reports indicate they have been relatively substantial. Unverified footage promoted by official Ukrainian outlets has documented Ukrainian captures of the likes of Russian command and control vehicles, a T-72-tank-mounted TOS-1A thermobaric multiple-launch rocket system and a number of Russian aircraft, including the Su-34.

Ukrainian state-owned defense conglomerate Ukroboronprom even claimed Tuesday it would offer sizable rewards for anyone willing to retrieve “stolen combat aviation equipment of the occupiers,” including up to $500,000 for a captured military helicopter and $1 million for a warplane in working condition. 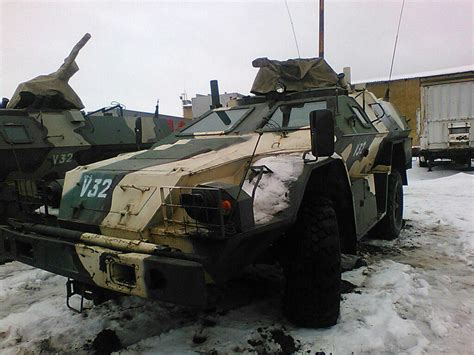 One particularly important alleged find for Kyiv was the Pantsir surface-to-air missile system, several of which have been said to have been taken intact by Ukrainian units. Jason said this would potentially be “a huge get,” as it’s assumed such a weapon “talks to friendly aircraft to deconflict friend-or-foe” and “would be tied to command and control systems at a high level.” 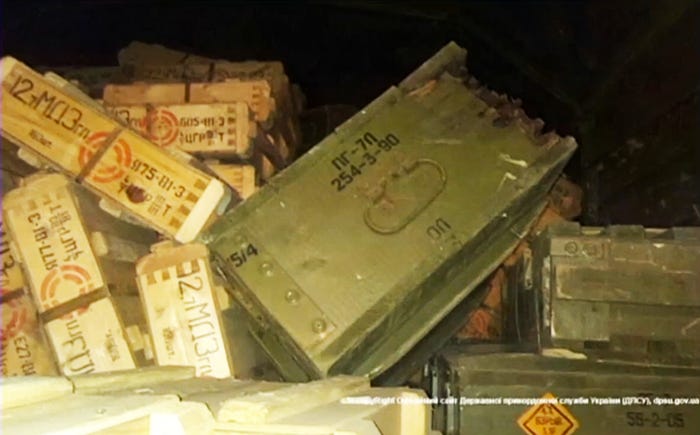 There is certainly precedent for Ukraine to share captured intelligence and equipment with their U.S. partners.

“That is normal practice,” former Ukrainian National Security and Defense Council chief Oleksandr Danylyuk told Newsweek, noting that Ukraine’s military and intelligence engaged in such exchanges during his time in office.

“I cannot tell you what it was, but it was very beneficial,” Danylyuk said. “We were receiving some equipment in exchange…very high-tech as well,” he added. “This co-operation works. And now we will be benefiting from this even more, because whatever the West learns about Russia will be helpful to us as well.”

Asked by Newsweek what the fate of such Russian equipment was once coming under Ukrainian control, a senior Ukrainian defense official who requested to not be named had a simple answer.

“It is recovered and used against the aggressor,” he said.

A U.S. military aviator who also asked to remain unnamed gave some examples of the benefits of capturing enemy hardware.

“Getting actual equipment and manuals also helps with the human dynamic: how easy it is to operate, etc,” the U.S. military aviator told Newsweek. “Can any ‘Joe Shmoe’ use this, or does it require a Ph.D. to operate it at the same level as the glossy brochure?”

But this aviator also noted that there were limits to the amount of useful information that could be extracted from these systems alone in the modern era, when a nation like Russia would likely be quick to take action to avoid critical channels being intruded on.

“As systems move from analog to digital, the exploitation game changes a bit,” the U.S. military aviator said. “The software and source code are the critical items, because you can find zero-day vulnerabilities and build a tool to attack it if/when the time comes.”