Al-Thumairy, an imam at the King Fahad Mosque in Culver City, California accredited with the Saudi consulate in Los Angeles, is suspected of helping two of the hijackers after they arrived in the city.

The commission also states that Al-Thumairy and Al-Bayoumi knew each other and had regular phone conversations.

Al-Bayoumi, a Saudi national, is also reported to have provided hijackers Nawaf Al-Hazmi and Khalid Al-Mihdhar with considerable assistance after they arrived in San Diego in February 2000.

“Al-Bayoumi has extensive ties to the Saudi government and many in the local Muslim community in San Diego believed that he was a Saudi intelligence officer,” the report stated. Al-Bayoumi left the US weeks before the 9/11 attacks.

WASHINGTON—The Trump administration has agreed to provide a key piece of new information about alleged official Saudi involvement in the Sept. 11, 2001, terrorist attacks after an intense lobbying effort by victims’ families.

Victims’ families have for months urged the government to make information public, telling President Trump in a letter recently that it would help them “finally learn the full truth and obtain justice from Saudi Arabia.” The FBI, citing the “exceptional nature of the case,” said it would provide the name of one Saudi official the families’ had most wanted, but wouldn’t release any other information they sought.

The families sought information as part of a lawsuit against Saudi Arabia that accuses its government of helping coordinate the 2001 attacks. The U.S. government’s decision comes amid broader tensions between Washington and Riyadh, through which Mr. Trump has largely stood by Crown Prince Mohammed bin Salman. 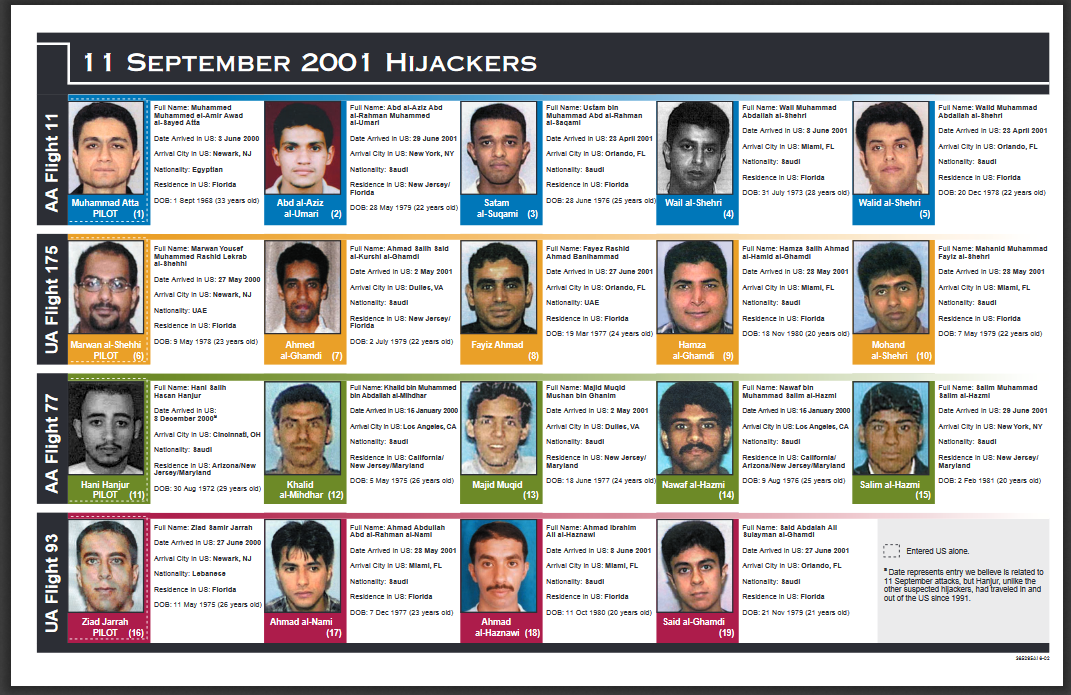 Nearly 3,000 people were killed when terrorists crashed hijacked airliners into the World Trade Center, the Pentagon and, after passengers resisted, a field in Pennsylvania.

Most of the attackers were from Saudi Arabia; Riyadh has denied complicity in the attacks.

The families had sought an unredacted copy of a four-page 2012 summary of an FBI inquiry into three people who may have assisted two of the hijackers in California in finding housing, obtaining driver’s licenses and other matters. 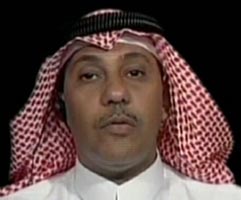 Two of the people, Fahad al-Thumairy and Omar al-Bayoumi, were linked to the Saudi government, according to FBI and congressional documents.  The third person, whose name is redacted, is described in the summary as having tasked the other two with assisting the hijackers.

Last year, lawyers for the families subpoenaed the FBI for an unredacted copy of the document in the belief that the third person was potentially a senior Saudi official who exercised authority over both of the men.

Mr. Trump’s allies had also urged him to release the information. Days after the Oct. 2, 2018, assassination of journalist Jamal Khashoggi, Rep. Matt Gaetz (R., Fla.), a close ally of the president, met in Washington with Prince Khalid bin Salman, younger brother of Crown Prince Mohammed bin Salman, calling on him to produce documents in the court case and “make right the loss of the 9/11 families,” Mr. Gaetz said.

“I explained to the prince that transparency and justice for the 9/11 families would be the best way to reset the U.S.-Saudi relationship following Khashoggi’s death,” he recalled in an interview.

At the time, the prince, known as KBS, was serving as Saudi ambassador to the U.S., but he was recalled to the kingdom amid outrage over the murder. The CIA said in a secret assessment last year that it had medium-to-high confidence that Prince Mohammed ordered Mr. Khashoggi’s death.

That has put Mr. Trump in a bind given his desire to maintain ties with the Saudi government, which he has said is an important ally and supports the U.S. defense industry with billions in arms purchases.

Mr. Trump has tried to stem a tide of bipartisan outrage on Capitol Hill at Saudi Arabia. Lawmakers are angry at widespread civilian casualties caused by a Saudi-led bombing campaign in Yemen, Riyadh’s detention of female activists and other issues. Mr. Trump in July vetoed a series of Congressional measures intended to block U.S. arms sales to the kingdom.

The first anniversary of Mr. Khashoggi’s murder in the Saudi consulate in Istanbul, on Oct. 2, is likely to reignite focus on the issue and on U.S.-Saudi ties.

To bolster their case, the 9/11 families enlisted Ballard Partners, a Washington lobbying firm with strong ties to Mr. Trump. Saudi Arabia’s official involvement in the planning of the 9/11 attacks is the subject of some dispute. The 9/11 Commission said in its 2004 report it didn’t find evidence that Mr. al-Thumairy had provided assistance to the two operatives.

It also said it had seen “no credible evidence” that Mr. al-Bayoumi “believed in violent extremism or knowingly aided extremist groups.”

In 2015, the commission revisited the issue and assessed more recent evidence regarding Messrs. al-Thumairy and al-Bayoumi, and said it didn’t find the new information enough to change the original findings. It said there was an “ongoing internal debate” within the FBI about the potential significance of some of the information, and encouraged FBI leadership to review the perspectives and continue the investigation accordingly.

Attorneys for the victims’ families argued that the two men had provided support to the two hijackers in a “highly coordinated, state-run-and-initiated covert operation,” and filed affidavits written by former FBI officials over the past two years supporting their position.

The alleged mastermind of the Sept. 11 attacks, Khalid Sheikh Mohammed, opened the door in July to helping victims of the attacks in their lawsuit against Saudi Arabia if the U.S. government spares him the death penalty at a Guantanamo Bay military commission.