WASHINGTON, April 6, 2017 — The United States fired Tomahawk missiles into Syria today in retaliation for the regime of Bashar Assad using nerve agents to attack his own people.

President Donald J. Trump ordered the attack on Al-Shayrat Air Base, the base from which the chemical attack on Syria’s Idlib province was launched. The missiles were launched from U.S. Navy ships in the Eastern Mediterranean Sea. 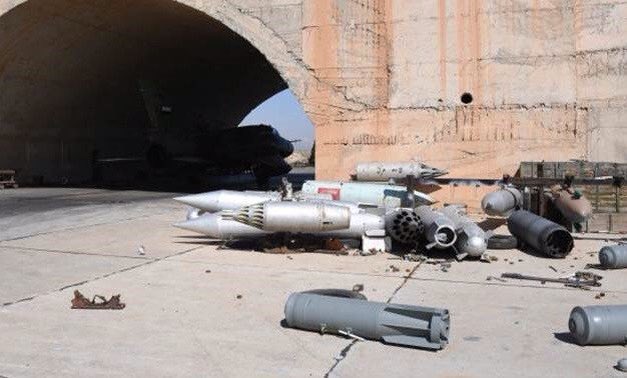 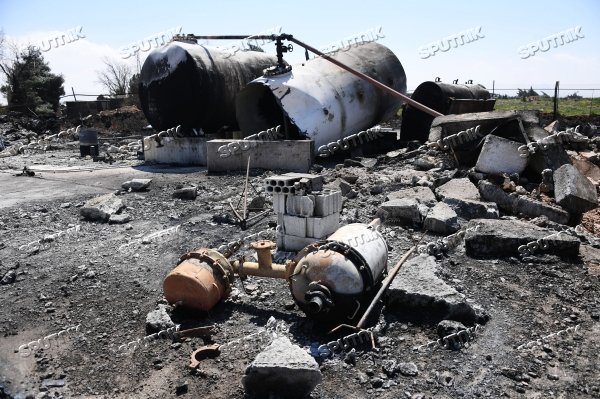 The attack is in retaliation for the Syrian dictator for using banned chemical agents in the April 4 attack.

“Bashar al-Assad launched a horrible chemical weapons attack on innocent civilians,” Trump said in a statement to the nation. “Using a deadly nerve agent, Assad choked out the lives of helpless men, women and children. It was a slow and brutal death for so many. Even beautiful babies were cruelly murdered in this very barbaric attack. No child of God should ever suffer such horror.”

Trump ordered the targeted military strike on the airfield that launched the attack. “It is in the vital national security interest of the United States to prevent and deter the spread and use of deadly chemical weapons,” the president said.

No one disputes that Syria used banned chemical weapons of the people of Idlib, he said, adding that this is a violation of the Chemical Weapons Convention. Syria also ignored United Nations Security Council resolutions.

“Years of previous attempts at changing Assad’s behavior have all failed and failed very dramatically,” Trump said. “As a result, the refugee crisis continues to deepen and the region continues to destabilize, threatening the United States and its allies.”

Trump called on all civilized nations to join the United States in seeking an end to the slaughter in Syria, and to end the threat terrorism poses in the blighted nation.

Shortly after the president’s address, Pentagon spokesman Navy Capt. Jeff Davis issued a statement providing details of the strike. It took place at about 8:40 p.m. EDT — 4:40 a.m.  April 7 in Syria, he said.

“As always,” Davis said, “the U.S. took extraordinary measures to avoid civilian casualties and to comply with the Law of Armed Conflict.  Every precaution was taken to execute this strike with minimal risk to personnel at the airfield.” 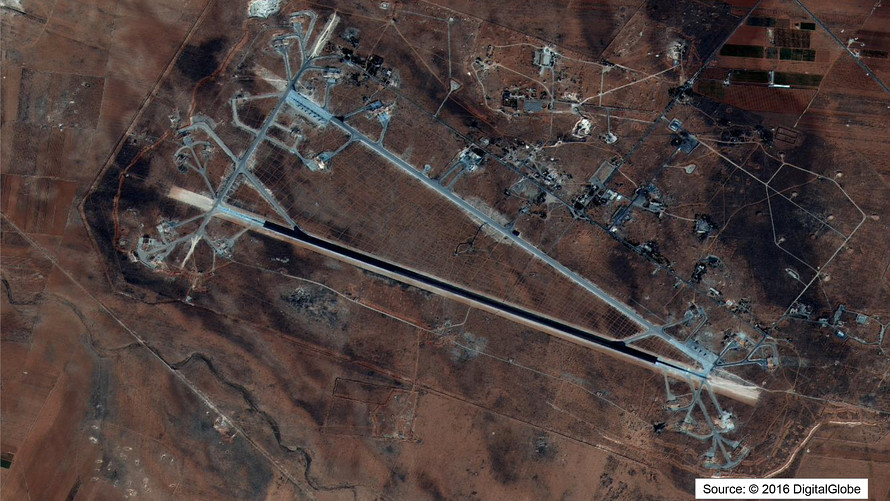 Russian forces were notified in advance of the strike using the established deconfliction line, Davis said, and U.S. military planners took precautions to minimize risk to Russian or Syrian personnel at the airfield.

“We are assessing the results of the strike,” Davis said. “Initial indications are that this strike has severely damaged or destroyed Syrian aircraft and support infrastructure and equipment at Shayrat Airfield, reducing the Syrian government’s ability to deliver chemical weapons. The use of chemical weapons against innocent people will not be tolerated.”

Russian military personnel were at the base during the U.S. attack, soldiers told Al Masdar. But the Russians weren’t harmed during the strike, which focused on the airfields, fuel tankers and aircraft hangars, according to Al Masdar. Rex Tillerson, Secretary of State earlier in the afternoon, placed a call to Putin with advanced warning but no call was made to warn Syria.