In part from (CNN) Five months before Tuesday’s fatal shooting at a Colorado charter school, a district official urged the school’s administration to investigate allegations of violence, sexual assault and campus bullying that an anonymous parent feared could lead to “a repeat of Columbine,” according to a school district letter obtained by CNN.

The parent called a member of the county Board of Education to express “concerns about student violence due to a high-pressure environment,” according to the letter. The parent referenced an alleged bomb threat and other student clashes as evidence that the school could become the site of another Columbine, the infamous school shooting that occurred 20 years ago, only around seven miles from STEM School Highlands Ranch.
Douglas County School District official Daniel Winsor wrote the letter in December to STEM’s executive director. He noted that the parent complained that “many students are suicidal and violent in school. Several students have reported sexual assault in school and that nothing is being done.”
Winsor asked the school’s executive director to “investigate the allegations … determine their legitimacy and to take any remedial action that may be appropriate.”
Another 2018 letter from the county Board of Education said it had “significant concerns” about STEM’s compliance with the charter school contract and legal requirements, and questioned its willingness to serve students with disabilities. It also cited “ineffective leadership,” saying, “the tenor of the comments at our meetings suggests that the relationship between STEM and some of its parents is irretrievably damaged.”
An online petition signed by multiple parents and a post on a Facebook page for the school district community also expressed concerns about the leadership of the school. And minutes from a “School Accountability Committee” meeting at the school describe “a small group of people who speak against STEM.” 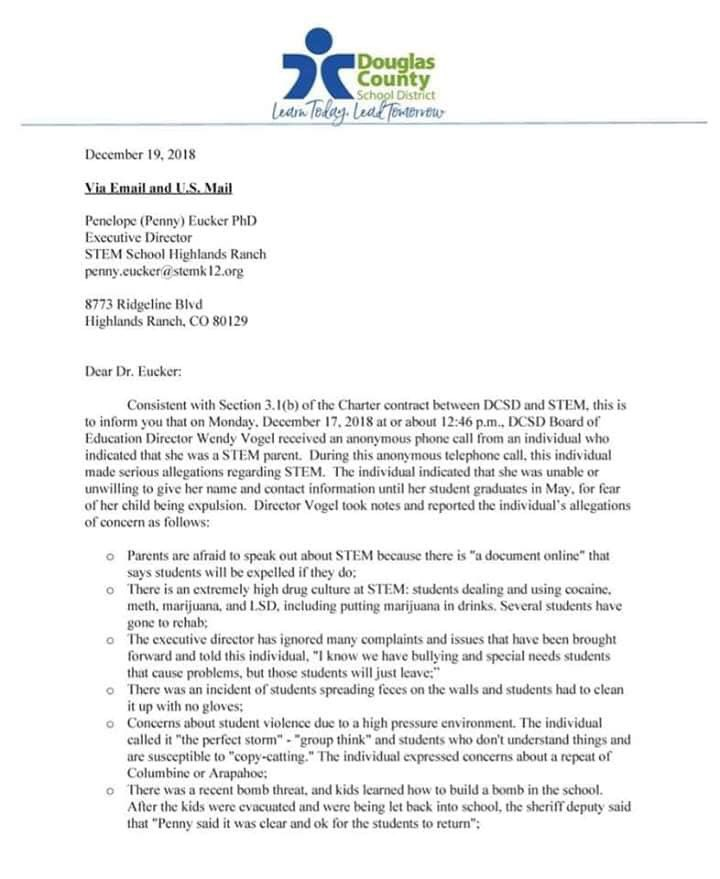 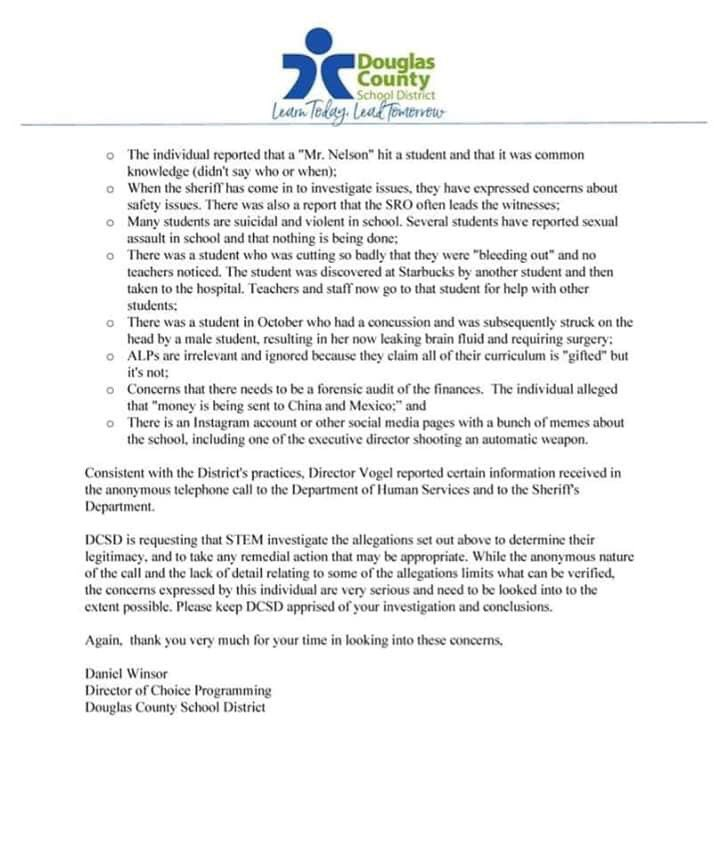