President Trump confirmed on Wednesday that he had asked Secretary of State Mike Pompeo to notify the UN Security Council that the U.S. intends to initiate “snapback” sanctions on Iran. The formal request is expected on Thursday, Israeli officials told Axios.

The backdrop: This move could create a diplomatic and legal crisis unlike any seen before at the Security Council. It comes days after the U.S. failed to mobilize support at the council to extend an international arms embargo on Iran.

The big picture: Despite having withdrawn from the 2015 Iran nuclear deal, the U.S. is invoking its terms in an attempt to force sanctions lifted under the pact to snap back into place.

How it works: Pompeo is expected to arrive in New York on Thursday and present formal letters to the UN secretary-general and the UN ambassador from Indonesia, who holds the Security Council’s rotating presidency.

What to watch: Israeli officials and Western diplomats both say they expect a major diplomatic crisis over those 30 days.

The latest: “When the United States entered into the Iran deal, it was clear that the United States would always have the right to restore the UN sanctions that would prevent Iran from developing a nuclear weapon,” Trump claimed in a press conference on Wednesday. 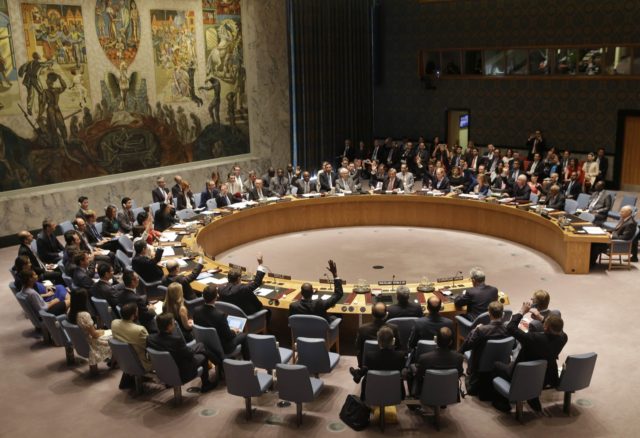 For background and context:

State Dept: The 13-year-old arms embargo on the Iranian regime will expire in October. The embargo was created by the United Nations Security Council but is scheduled to end because of the 2015 Iran nuclear deal, leaving the world’s foremost state sponsor of terrorism and anti-Semitism free to import and export combat aircraft, warships, submarines and guided missiles. To prevent this, the Security Council must pass a resolution to extend the arms embargo. If this effort is defeated by a veto, the Trump administration is prepared to exercise all legally available options to extend the embargo.

We face this circumstance because the Obama administration acceded to Iran’s demand that the U.N. embargo end in the fifth year of the deal. It is only one of many restrictions on Iran scheduled to expire over time. President Obama hoped concessions would moderate the regime’s behavior. “Ideally,” he said in 2015, “we would see a situation in which Iran, seeing sanctions reduced, would start . . . re-entering the world community [and] lessening its provocative activities.”

Instead, Iranian provocations accelerated under the nuclear deal. Emboldened by repeated diplomatic wins and flush with cash, the Iranian regime increased its ballistic-missile testing and missile proliferation to terrorist proxies. Iran built out a “Shiite crescent” in Syria, Iraq, Lebanon, Bahrain and Yemen, arming its proxies to the teeth.

The U.S. and partners have used the arms embargo to disrupt Iran’s sending advanced weaponry to terrorists and militants. This diplomatic tool has rallied the international community to interdict and inspect weapons shipments, building global condemnation of Iranian violations.

Iran’s President Hassan Rouhani sees a bright future when the embargo lapses. In November 2019, he said: “When the embargo . . . is lifted next year, we can easily buy and sell weapons.” He went on to hail the provision as a “huge political success” for Iran. 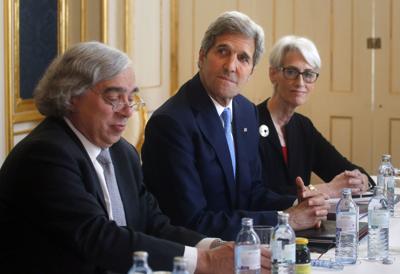 The regime plans to upgrade Iran’s aging air force, improve the accuracy of its missiles, and strengthen its ability to strike ships and shoot down aircraft. Iran’s Islamic Revolutionary Guard Corps—a terrorist group with a long history of targeting and killing Americans—could then reverse-engineer technologies in these systems for domestic weapons production and export.

Iranian weapons already put American and allied troops in the region under threat and endanger Israel. Letting the arms embargo expire would make it considerably easier for Iran to ship weapons to its allies in Syria, Hamas in Gaza, and Shiite militias in Iraq.

Mr. Rouhani understands the stakes. Last week he appeared on Iranian television to declare that “Iran will give a crushing response if the arms embargo on Tehran is extended.” This threat is designed to intimidate nations into accepting Iran’s usual violent behavior for fear of something worse.

The Security Council must reject Mr. Rouhani’s extortion. The U.S. will press ahead with diplomacy and build support to extend the embargo. We have drafted a resolution and hope it will pass. Russia’s and China’s interests would be served by a “yes” vote—they have more to gain from Mideast stability than from selling weapons to Iran for its sectarian wars.

If American diplomacy is frustrated by a veto, however, the U.S. retains the right to renew the arms embargo by other means. Security Council Resolution 2231 (2015) lifted most U.N. sanctions but also created a legal mechanism for exclusive use by certain nations to snap sanctions back. The arms embargo is one of these sanctions.

Mr. Obama explained how “snapback” works in 2015: “If Iran violates the agreement over the next decade, all of the sanctions can snap back into place. We won’t need the support of other members of the U.N. Security Council; America can trigger snapback on our own.” As of today, Iran has violated the nuclear deal at least five times.

The Trump administration’s preferred strategy is for the Security Council to extend the arms embargo while the U.S. continues to apply maximum economic pressure and maintains deterrence against Iranian aggression. Nearly 400 House members, an overwhelming bipartisan majority, have signed a letter backing Secretary of State Mike Pompeo’s diplomacy to extend the arms embargo. Iran certainly hasn’t earned the right to have it lifted. One way or another, the U.S. will ensure it remains in place against the violent and revolutionary regime in Tehran.