While the world burns and there is a major war between the Shia and the Sunnis, given all the Obama love for Iran, I said to myself he must be a Shia or least a Shia loyalist. Low and behold this below…..What the heck?

The Internet has been in stitches ever since Dubai’s deputy chief of police Dhahi Khalfan announced on Twitter that US President Barack Obama has “Shia roots” and is likely to visit Shia religious centres in Iran soon.

The tweets, seen by many as reeking with Shia-phobia, were made following the lifting of sanctions imposed on Iran, agreed upon during the nuclear negotiations between Iran, the P5+1 and the United States in July.

In his words, Khalfan tweets:

Obama, who has Shia roots, was elected to bridge the gap between Iran and the US to stop Iran’s military nuclear programme. Mission accomplished.

It is expected that Obama visits Qom, Mashhad and all the big Shia religious congregation halls

Many responded to Khalfan with mockery. AIfie shares this photograph with Khalfan: 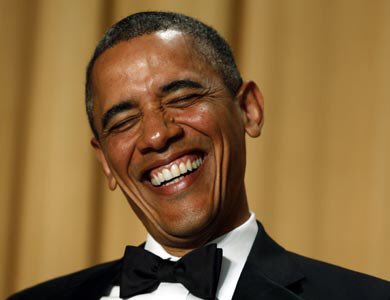 How did you become chief of police when this is the level of your thinking?

And Abbas Zahri shares this photograph of a Photoshopped Obama performing Shia rituals mourning the death of one of their Imams:

You are right and this is proof!

More photoshopped pictures follow. Ammar Ali shares another doctored photograph of the US president, this time performing in a Shia mourning ritual, associated with Ashura: 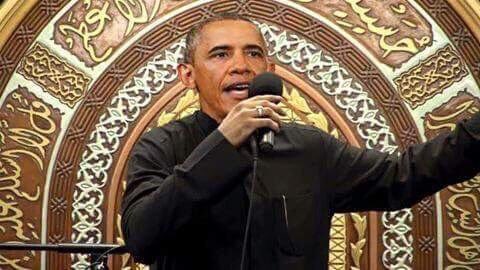 This is a photograph of him mourning in a Hussainiya

A Hussainiya is a Shia congregation centre, used for gatherings to mark Shia rituals.

Hussain M shares this photograph of Obama, saying its a leaked photograph from a religious learning centre in Qom, the epicentre of Shia learning in Iran: 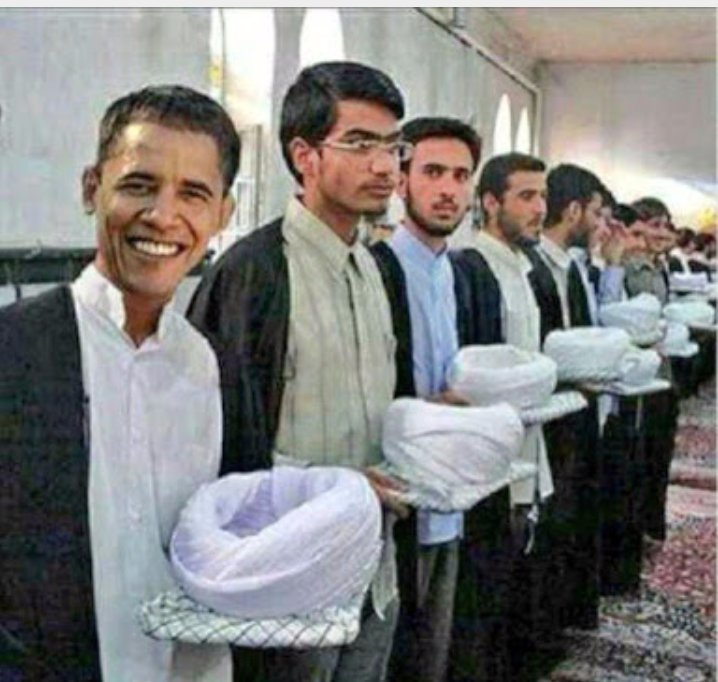 Here’s a leaked photograph of Obama after his graduation from a Shia learning centre on Qom, Iran

Iranians have documented different reactions to Obama’s relationship with Shia Islam. One Iranian blogger posted a picture from a November 2015 anti-U.S. rally in Tehran. Here protesters carried pictures of Obama, where his likeness is compared to that of Shemr, a villainous figure in Shia Islam. 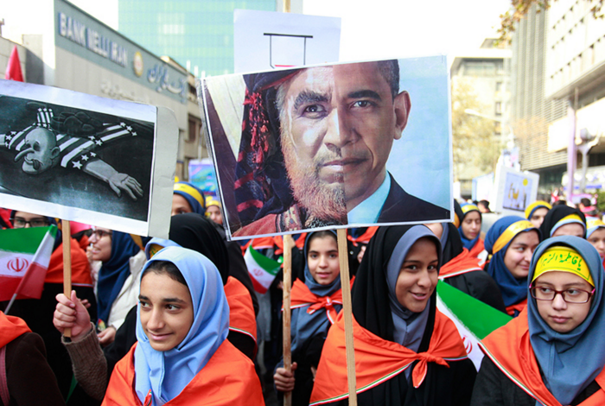 Other Iranians who shared the news on their social media illustrated their amusement at such far fetched theories. One Iranian-American blogger, Holly Dagress, attached the news to the hashtag #ShiaScare.

Mohsen Milani, an Iranian academic based in the United States shared the news with a laughing emoji.

Ex head of Dubai Police Khalfan:#Obama is of #Shia origin elected to bring #Iran & US closer. https://t.co/TZQEwkBdGB via @DrAbbasKadhim

Various conspiracy theories have circulated about Obama’s Shia background in the past. During the 2008 elections, Iran’s state run newspapers ran unsubstantiated claims about Obama’s Shia past and connections to southwestern Iran. In June 2015, Iraqi member of parliament Taha al-Lahibi released a YouTube video explaining Obama’s Shia background to be part of the conspiracy of Iran’s Shia forces fighting the Islamic State in Iraq, alongside the evolving nuclear negotiations between Iran and the United States.

These theories are typically commented on by Iranians on social media with ridicule. In response to the al-Lahibi conspiracy, one Iranian Twitter user @sobhan348 sarcastically exclaims the nuclear negotiations were turning Obama into a Shia.

Nuclear negotiations with Iran have made Obama into a Shia! +film

Dubai’s deputy chief of police’s statements come after the United Arab Emirates backed Saudi Arabia in the recent conflict with Iran that led the two nations to end diplomatic ties. In reaction, the Emirates downgraded their relationship by reducing the number of diplomats in Iran and recalling its ambassador. They have not severed ties however, due to a long history of trade with Iran.

EgyptIndependent: US President Barack Obama is of Shi’ite origin, according to former Dubai police chief and current head of the General Security for the Emirate of Dubai, Dahi Khalfan, who is known for his controversial tweets.
“Obama, who has a Shi’ite origin, was elected to converge between the points of views of Iran and the US to stop the Iranian nuclear military project. The plan succeeded,” Khalfan wrote in a series of tweets on his account Tuesday.
He added: “The US elections are led by undercover hands that achieve Israel’s security in the first place. Bravo sons of Zion!”
“In Anthroposophy, people study how to ward off danger, and this is what the sons of Zion did after studying the nature of Iranians. They brought them someone of a Shi’ite Kenyan origin. Bravo!”
Khalfan continued: “Will Obama visit Iran before leaving presidency?” “(Hassan) Rouhani could invite Obama to visit Iran”.
Khalfan pointed out that he was expecting Obama’s moves toward the Iranian nuclear project since the first day he was sworn in.
Khalfan was Dubai’s police chief until late 2013. He has 1.24 million followers on Twitter and over 65,000 tweets.
He caused diplomatic tensions between Egypt and the UAE back in 2013 when he attacked toppled President Mohamed Morsi on Twitter, after which Egypt’s Foreign Ministry summoned the ambassador of the UAE to demand a “clarification from the United Arab Emirates about statements that do not go along with the nature of the special relationship between the two countries,” according to Reuters.
Khalfan wrote on Twitter after Morsi won the presidential bid: “An unfortunate choice. The repercussions of this choice will not be light for poor ordinary people.”
Khalfan also said that Morsi would “come to the UAE crawling to request pardon and forgiveness,” adding that the UAE would not receive him on a red carpet. He accused Morsi of winning the presidential elections with the aid of Iran.
In July 2013, he accused the Muslim Brotherhood of posing a greater threat to Arabs than Israel.