Out of the Biden campaign’s nearly 700-person volunteer advisory group, eight members work for Facebook, Apple, Google or Amazon, the New York Times reported in August. They include Jessica Hertz who previously worked in the Obama White House and left a top position at Facebook to join the Biden transition team. Then there is Carlos Monje, a former Twitter public policy director that also joined forces with the Biden operation. More here.

There is also the campaign chairperson which is being led by Anita Dunn, a Democratic strategist, married to Robert Bauer, former partner at Perkins Coie and former personal counsel to President Obama and the White House Counsel. Anita Dunn left the Obama White House to later to return to SKDKnickerbocker, an advertising and consulting firm she founded that lobbies for a variety of corporate interests, and where she serves as a partner. As of November, she was still leading the firm. The “D” in the firm’s name refers to Dunn. The first “K” is for Bill Knapp, currently on leave from the company to work for Michael Bloomberg’s campaign.

Ron Klain, Biden’s chief of staff during his time as vice president, isn’t officially on the campaign payroll, the longtime Biden confidant is still one of his closest advisers and is said to know his strengths and weaknesses more than almost anyone. Before working directly for Biden, Klain helped President Bill Clinton shepherd through his judicial nominations and later became Vice President Al Gore’s chief of staff.

Klain also helped lead Hillary Clinton’s debate prep back in 2016, and reprised that role prior to Biden and Trump’s first debate.

Critically, Klain served as the “Ebola czar” for the Obama administration and successfully helped guide the federal response to containing the outbreak of that virus in 2014 and 2015. Biden also hired younger sister, Valerie Biden Owens. Biden Owens was just 27 when she ran her brother’s successful first Senate run against an entrenched Republican incumbent. Biden Owens was instrumental in her brother’s decision to reverse his longtime support of the Hyde Amendment during the Democratic primary. Then there is Steve Ricchetti who also had a lobbying firm that worked for a few major pharmaceutical companies, among other clients. Add in Mike Donilon is another longtime Biden adviser and friend. He’s considered one of the former vice president’s most trusted confidants, and the pair has a long history — he’s been helping Biden as a strategist since 1981. Donilon previously worked for former Virginia Gov. Douglas Wilder — who, in 1990, became the country’s first Black governor since Reconstruction — and President Clinton. And like much of Biden’s inner circle, he’s helped the candidate prepare for debates in this campaign. 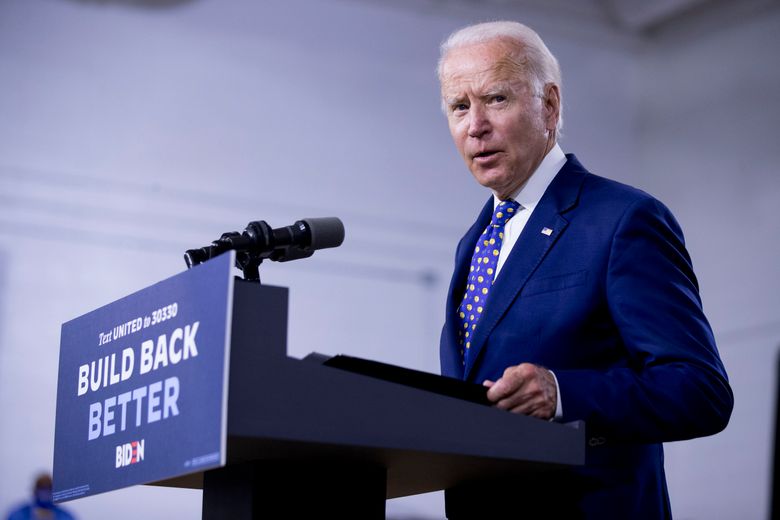 But hold on…there is more. Plenty more, but you get the point as you read on.

Here is a list of who’s who on Biden’s economic team. Several are likely to get key posts if the former vice president manages to win the White House.

While not advisers in any sense, these officials could be tapped for jobs in the administration or for top Fed jobs.