It would be ironic if the report itself came in $1 billion over budget and five years behind schedule.

(Really? Behind schedule and over budget and it has to be $1 billion? Your thoughts?) It is a start however introduced by 2 Republicans, Rep. Mike Gallagher (R-WI8) and Sen. Joni Ernst (R-IA). 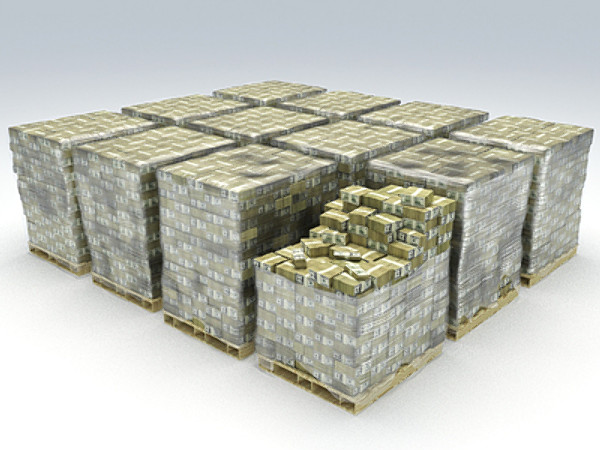 What the bill does

The Billion Dollar Boondoggle Act would require an annual public report detailing all federal projects that are running at least $1 billion over budget or at least five years behind schedule.

(That would likely include President Trump’s proposed border wall, for which U.S. Customs and Border Protection last week increased its original cost estimate up to $11 billion.)

The report would be compiled by the Office of Management and Budget (OMB). It would feature such components as both the original and current estimated costs of the projects, and supposed explanations justifying the increased expenses or late arrivals.

“There are far too many taxpayer-funded projects that are billions of dollars over budget and years behind schedule,” Sen. Ernst said in a press release. The bill “will require the disclosure of the cost and timeline of these federal projects, bringing overdue accountability and transparency to the process, which will allow us to identify problems before they become a bottomless pit of taxpayer dollars.”

“Mismanagement of multibillion-dollar government projects should not be treated like business as usual,” Rep. Gallagher said in a separate press release. “It’s our job in Congress to be responsible stewards of taxpayer dollars, and this bill provides much-needed transparency of large-scale projects so we can get to the bottom of a problem before it becomes a bottomless pit of money.”

GovTrack Insider was unable to locate any explicit statements of opposition.

The Senate version has attracted five cosponsors: four Republicans and one Democrat. It passed the Senate Homeland Security and Governmental Affairs Committee on November 6, and now goes for a potential vote by the full chamber.

The House version has attracted 12 cosponsors: eight Republicans and four Democrats. It awaits a potential vote in either the House Budget or Oversight and Reform Committee.