It is becoming a global phenomenon and movement.

ABC: Police say more than 120 officers were injured and 86 demonstrators have been detained during leftist riots in the German capital which police call “the most aggressive and violent protests in the last five years.”

Berlin police said in a statement Sunday that protesters threw bottles, cobblestones and fireworks, destroyed cars and attacked officers. It wasn’t immediately clear how serious the injuries were, or how many rioters were injured in the clashes.

About 3,500 protesters participated in the rallies, which started Saturday evening and lasted until early Sunday. Activists had called for the demonstration to protest against police operations at squatted buildings in the eastern part of the city last month.

Around 1,800 police officers were called in to monitor the protesters. 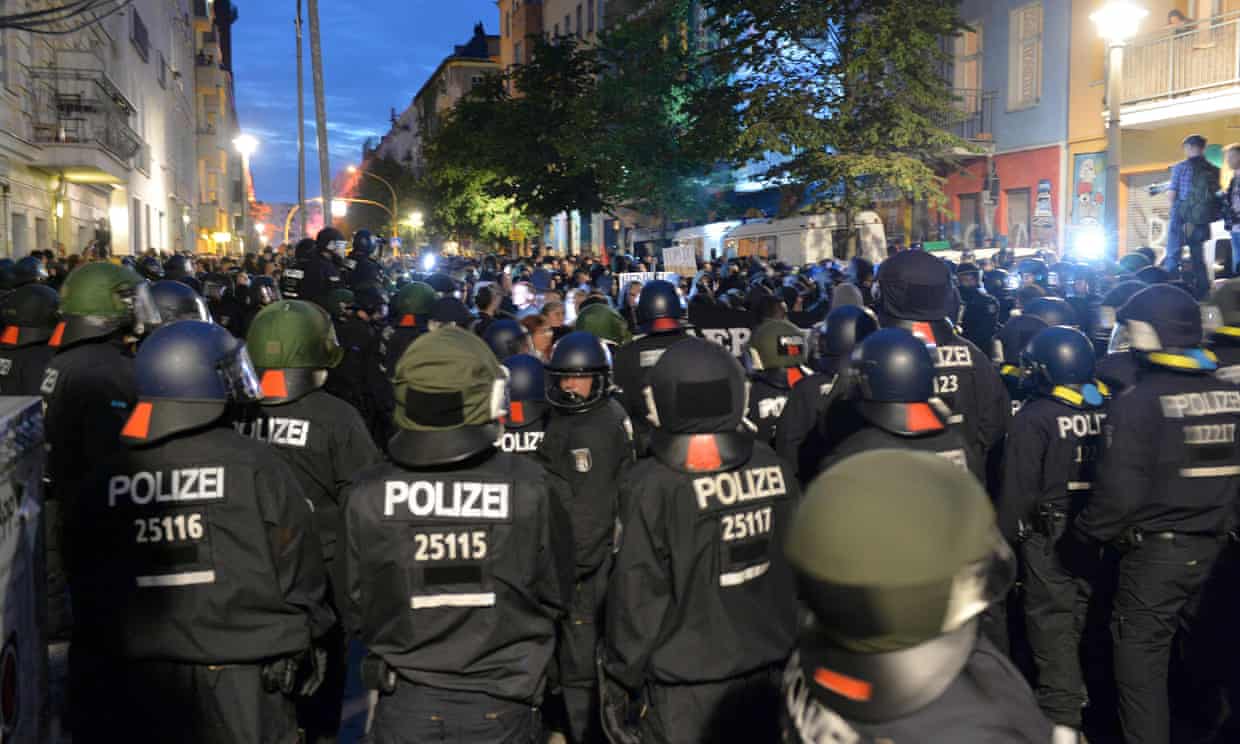 Squatters are refusing to leave part of a block of flats at 94 Rigaer Strasse. Since June, squads of police have been monitoring the building day and night, with helicopters circling overhead.

Many of the neighbours live in housing collectives and sympathise with the squatters, who see themselves as a left-wing alternative to gentrification and rising rents.

During the protest, some neighbours beat spoons against pots in support of the squatters. More from BBC

Destroyed cars stand in a street in Berlin Sunday July 10, 2016. Police say more than 120 officers were injured and some 86 demonstrators were detained during leftist riots Saturday in the German capital which police calls the most aggressive and violent protests in the last five years. Berlin police said in a statement Sunday leftist protesters threw bottles, cobble stones and fireworks, destroyed cars and attacked officers with fists and kicks. It was not clear how many rioters were injured in the quarrels. dpa via AP Maurizio Gambarini

The protest in Berlin began near a squat on the Rigaer Strasse, constantly monitored by police as a popular leftist get-together location. The activists were banging pots and pans, and shouting: “Get the pigs out of the Rigaer!” Deutsche Welle reports.

They put out a banner, saying: “You have sold the entire city”, outside the Rigaer Strasse meeting point.

The municipal authorities have been trying to clear the house on Rigaer Strasse of leftist squatters and their supporters, who often used anti-government rhetoric and have openly called for street violence over the last weeks.

The activists also strongly opposed the constant presence of police surveillance near the Freidrichshain meeting place.

Berlin Mayor Michael Müller, a center-left Social Democrat, proposed a peaceful option so that the residents of the Rigaer Strasse squat and the squatters got to the negotiation table. The mayor’s center-right Christian Democrat opponents argued the city is too soft on leftist radicals and their violent activities across Germany. Hat tip.