It festers in New York and New Jersey. LLC’s, Limited Liability Company is a corporate structure where members are not held personally liable, a legal characteristic that actually has major abuse components.

Yesterday, my buddy Bill Browder gave chilling testimony before the Senate Judiciary Committee. He included one remarkable response to a question on the abuse of FARA, Foreign Agent Registration Act whereby there is a huge hole in the law that you could drive a truck through. That whole is, if you are a corporation, you don’t have to register, giving rise to the massive trend of lies, money laundering and coverups. 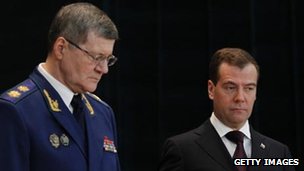 Photo of Chaika and Medvedev: (Dmitry Medvedev in 2013 at Davos, declared he wanted Bill Browder dead)

Senator Durbin mentioned Yuri Chaika in the hearing. Chaika, a Russian prosecutor who employs Natalia Veselnitskaya, the woman who met with Donald Trump Jr. at Trump Tower in June of 2016. Yuri Chaika is connected to Avilon Automotive Group.

About 90 percent of Avilon Automotive Group is equally split between Alexander Varshavsky and Kamo Avagumyan.

Varshavsky is a naturalized American. He lives in Holmdel, New Jersey, an upscale enclave southwest of Manhattan, and owns a number of US companies which control assets in Russia with well over US$ 1 billion dollars in turnover, including Avilon. Huge detailed summary here.

The extended case includes corruption totaling more than $1 billion in the hole, citing bad loans made for fake assets, among other offenses. The lawsuit regarding Avilon Automotive Group and New York Motors and the Russian operation is described here.

When bribes are paid, some include Daimler, Mercedes Benz and Russia.

“Avilon” is an official dealer of «Mercedes-Benz RUS “. The company “New York Motors Moscow” is the dealer of Ford, but this does not stop it from entering into large contracts to supply Mercedes cars. Forbes magazine has included “New York Motors Moscow” into its list of top 200 private companies in Russia. According to the database SKRIN, the founder of one of the major suppliers of “Mercedes” for special services is the company New York Motors Corp, incorporated in the State of New Jersey. American business registers show that one of the owners of the company is Alexander Varshavsky.

Going further, below, are further examples supporting Browder’s declaration that include more Russians and other foreigners. 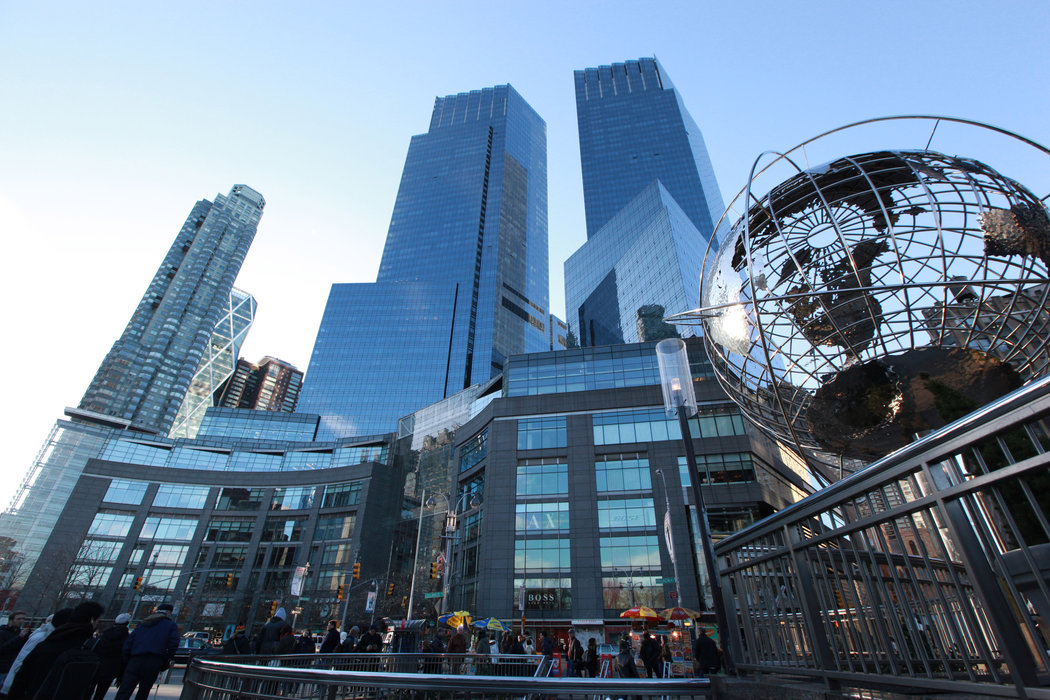 There is a large condo building in New York by the name of the Time Warner Center. Yup, Alexander Varshavsky lives there. Who are his neighbors? Many of the same corruptocrats. The full study performed by the NYT’s is here.

These residents buy these condos using cash and under secret names or shell operations like the condo in the official name of “25CC ST74B L.L.C”, which belongs to Vitaly Malkin tied to organized crime.

Andrey Vavilov bought a $37.5 million condo in Time Warner Center in 2009. The former Russian senator and businessman has been tied to a series of crooked deals, including government kickbacks, and accused of masterminding a “media blitz … involving a longtime adversary” and starting programs that accrued him (and his friends) a massive amount of wealth during the foundering first years of the Russian Federation, according to The Times.

(Vavilov is also close friends with Rinat Akhmetshin who was a director of the Washington think tank Eurasia Democracy Initiative. Akhmetshin was also in the Donald Trump Jr. meeting at Trump Tower in June of 2016. Akhmetshin is a former Soviet intelligence officer and remains employed by the SVR, the Russian external intelligence agency for civilian affairs. The SVR is responsible for espionage activity outside of the Russian Federation.)

Kabul Chawla is the likely owner a $19.4 million, 4,050-square-foot condo with five bedrooms in the Time Warner Center, according to The Times. A New Delhi developer, Chawla is accused of pre-selling homes to residents and failing to finish them. Of the homes his company does finish, many are allegedly shoddily done.

José Murat Casab owns two condos that he bought for $5.44 million in the Time Warner Center through the shell company Nivea Management, according to The Times. He is the former governor of Oaxaca and a well-connected, controversial Mexican politician who is rumored to have staged an assassination attempt on his own life to gain public favor.

Vitaly Malkin reportedly owns a $15.65 million condo in the Time Warner Center through an LLC. He is a Russian-Israeli businessman and politician who was denied entry into Canada by the Canadian government amid accusations of money laundering and international arms deals (accusations his lawyer vehemently denies).

Dimitrios Contominas owned a condo on the 74th floor of the Time Warner Center until he sold it for $21.4 million 2014. He is the owner of one of Greece’s biggest TV stations and is a well-known businessman who was arrested on fraud and corruption charges last year.

Anil Agarwal owns not one but two condos in Time Warner Center through the shell company Amanita Corporation. He is an Indian business magnate who has been fined for dumping chemical waste, poisoning nearby communities as well as the environment in both India and Zambia.

Former ambassador to the US Prince Bandar bin Sultan and his wife (and daughter of a former Saudi king) Princess Haifa bint Faisal were also tied to a Time Warner Center unit. Princess Haifa was accused in certain press outlets of funding the 9/11 hijackers, though no evidence was found by the United States Commission that linked back to her.

James Nicholson owned an $8.5 million Time Warner condo until it was frozen by law enforcement. He was charged with stealing more than $100 million from investors in one of the worst Ponzi Schemes in American history. He is now in jail.

Pablo Ardila bought a $4 million condo in Time Warner Center back in 2004. According to The Times, the former Colombian official sold it after being arrested for “enriching himself illicitly.” He was released in Colombia without being convicted.

Stewart Ford bought a $6 million condo in the building before eventually transferring it to a shell company, according to the Times report. His firm was under investigation for fraud at the time and was “at the center of one of the biggest financial collapses in Britain with an estimated 30,000 victims,” the reporters wrote.