So, many in media were quite upset with the breaking news that the cell phones and messages were seized by the Department of Justice of a journalist. Well, hold on Hannity. There were good reasons, this time.

The New York Times has/had this reporter, Ali Watkins that decided to have a long romantic relationship with James A. Wolfe, a former Senate Intelligence Committee Director of Security. Seems Mr. Wolfe provided Ali Watkins with classified material and information that she exploited and published articles on the same.

Mr. Wolfe was formally indicted on May 2, 2018 and more counts may be added. What is also remarkable is Ali Watkins phones and communications were seized in February of 2018, so much for the New York Times being honest, candid and transparent, right?

Now, this all goes back to Carter Page by the way. And while so many are turning on Trey Gowdy for his position on the FBI inserting moles, informants or spies, let’s go to context shall we?

In 2013, a group of Russian operatives, read spies, were inserted into New York, downtown Manhattan, operating under cover. All of them were part of SVR, known as Russian foreign intelligence. All the while, the FBI was listening to their calls and had bugged the New York office of the SVR. How about those names? Viktor Pododnyy, he worked to recruit Carter Page with some success. Igor Sporyshev, worked covertly as a trade representative and then we have Evgeny Buryakov. He worked under cover at the VEB bank on 3rd Avenue in Manhattan.

The operation included passing off documents at a particular location near a 1960 abstract sculpture at the street level in the foyer. Sporyshev had the job of recruiting Americans willing to become intelligence sources for Russia. One such person was Carter Page. Carter Page is listed in court documents as Male #1. Page has admitted meeting with Russian operatives in 2013. To date, it is unclear if Page did provide any classified material or assistance to any number of Russian operatives as he has not been charged with any counts.

Of note, Evgeny Buryakov was charged and plead guilty in 2016, in Manhattan court with conspiracy and was deported in 2017. In 2015, was charged along with Sporyshev with aiding and abetting Buryakov and also later deported. The United States by the way traded these men and a few others for 4 Russian prisoners.

Russia had dispatched 10 agents to the United States in 2010. That TV show, The Americans was inspired by this whole case.

Meanwhile, the Senate Intelligence Committee Chair, Senator stated the committee has fully cooperated with the FBI/DoJ investigation and it is undetermined yet just how much if any classified material was compromised. Wolfe, the Director of Security for the committee, retired apparently this past March after 29 years in that role.

Back to Ali Watkins, she was so elated with her information at the time she reported for BuzzFeed, she appeared on Rachel Maddow’s show on her story in April 2017.

While all this was going on last December with James Wolfe, lil miss Watkins knew something was up. 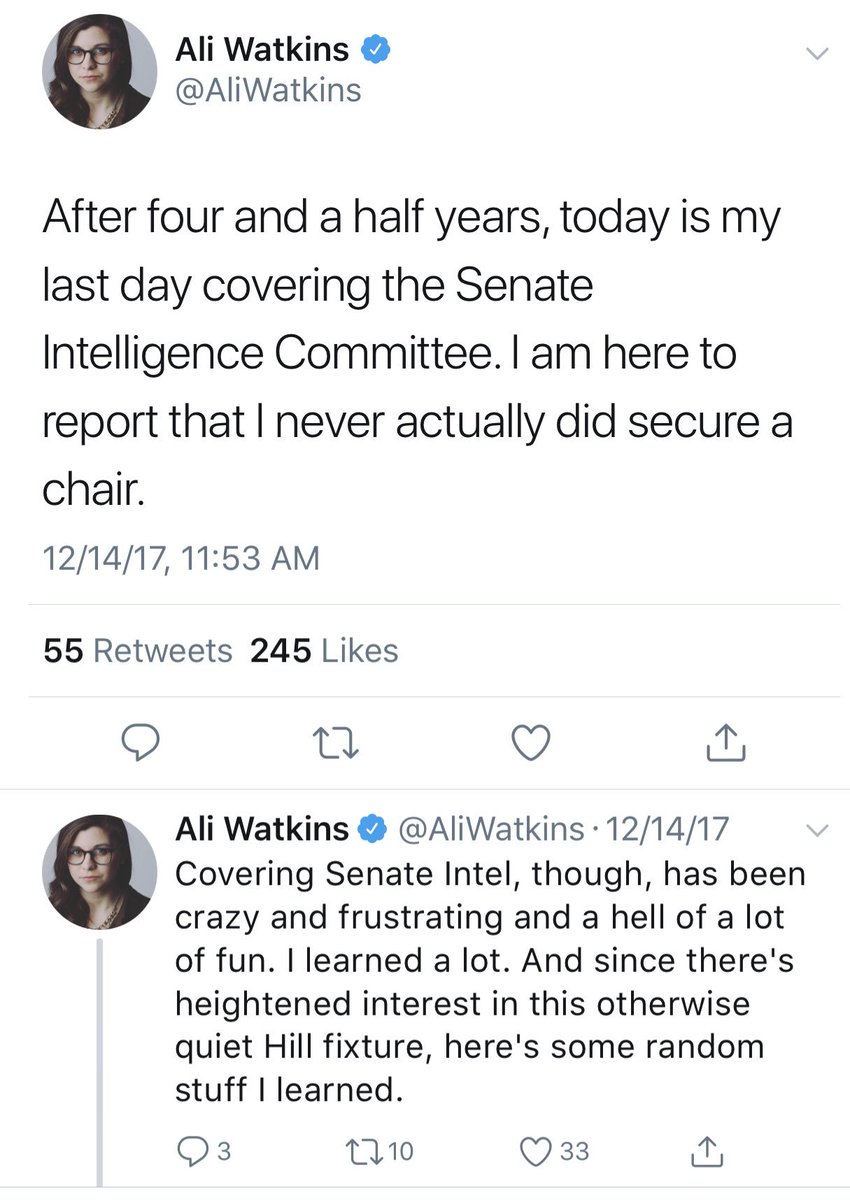 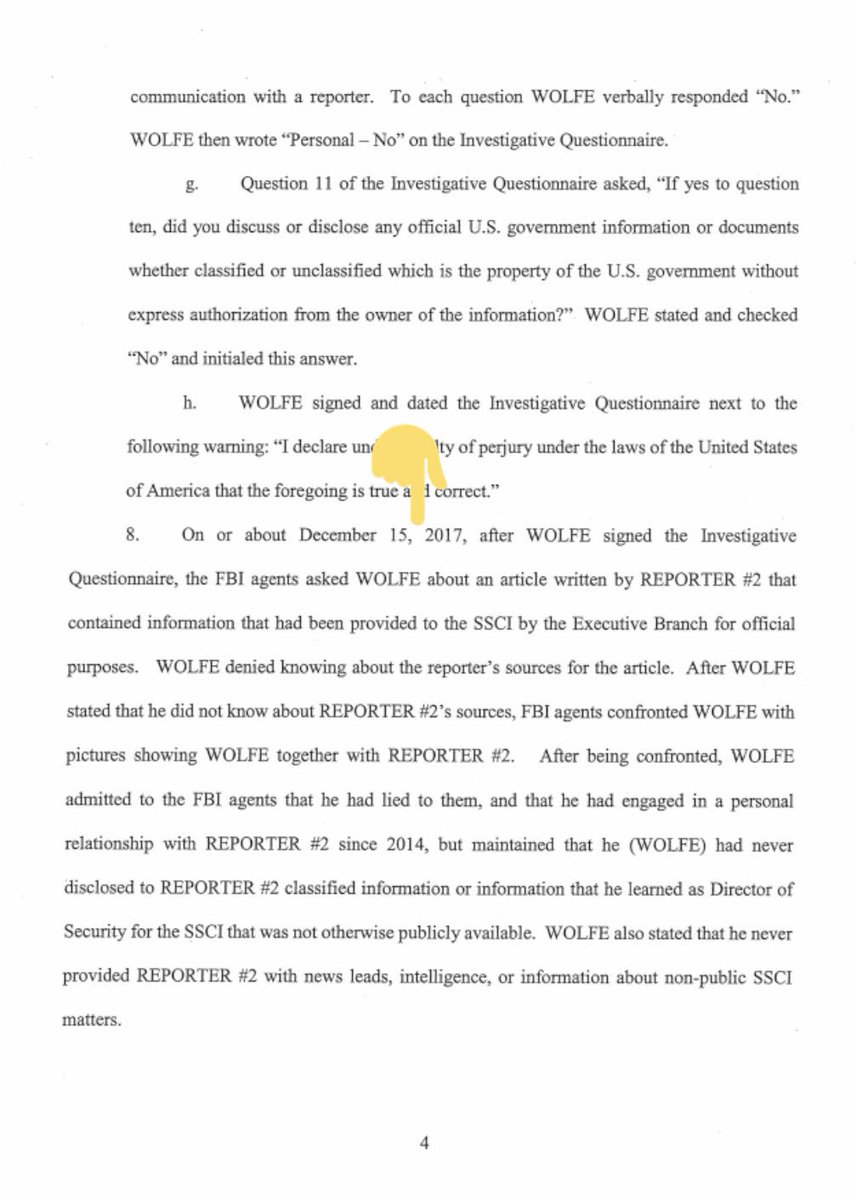 Maybe we should ask Senator Feinstein what she was talking about here with Ali: 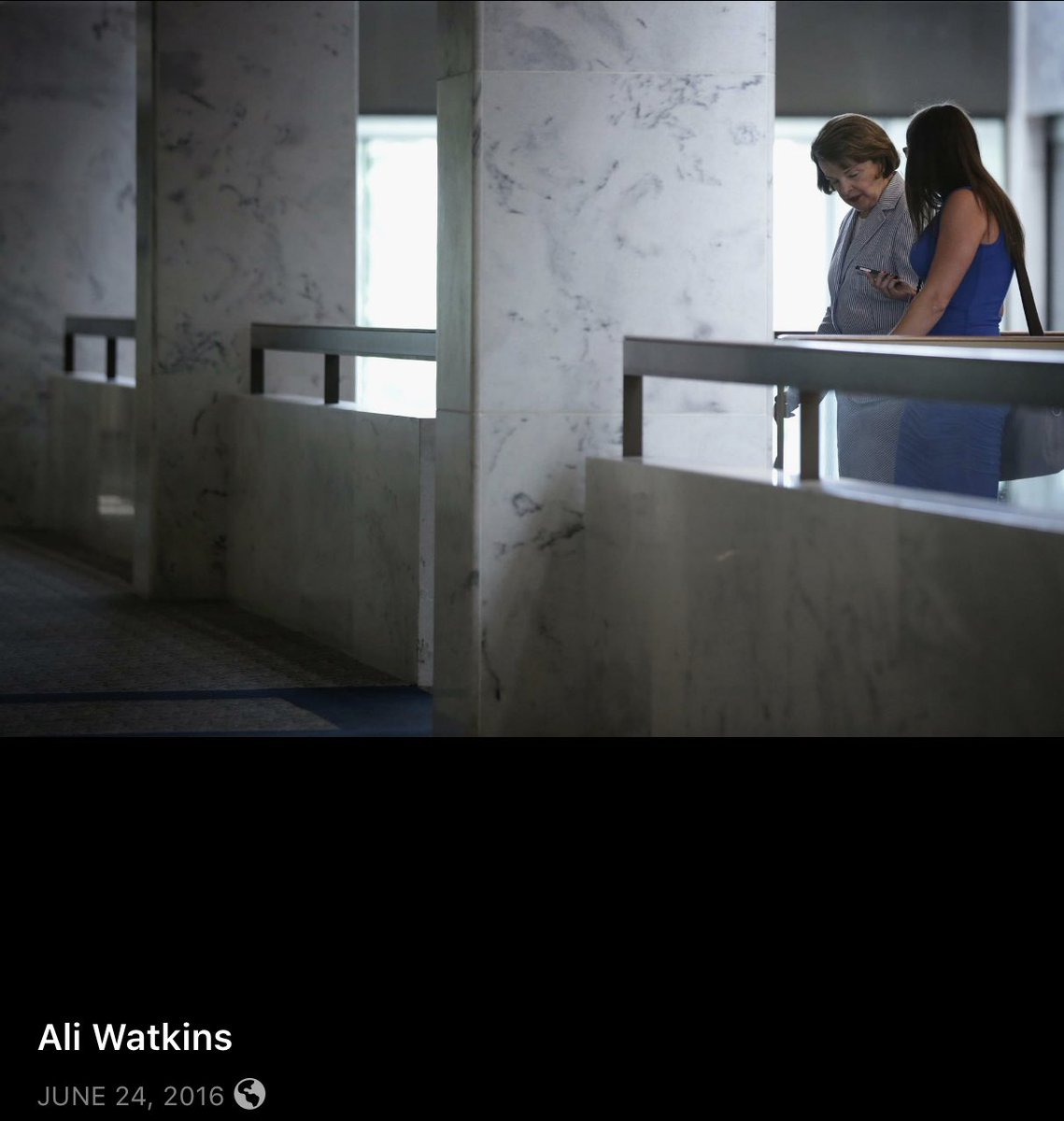 And the beat goes on eh?