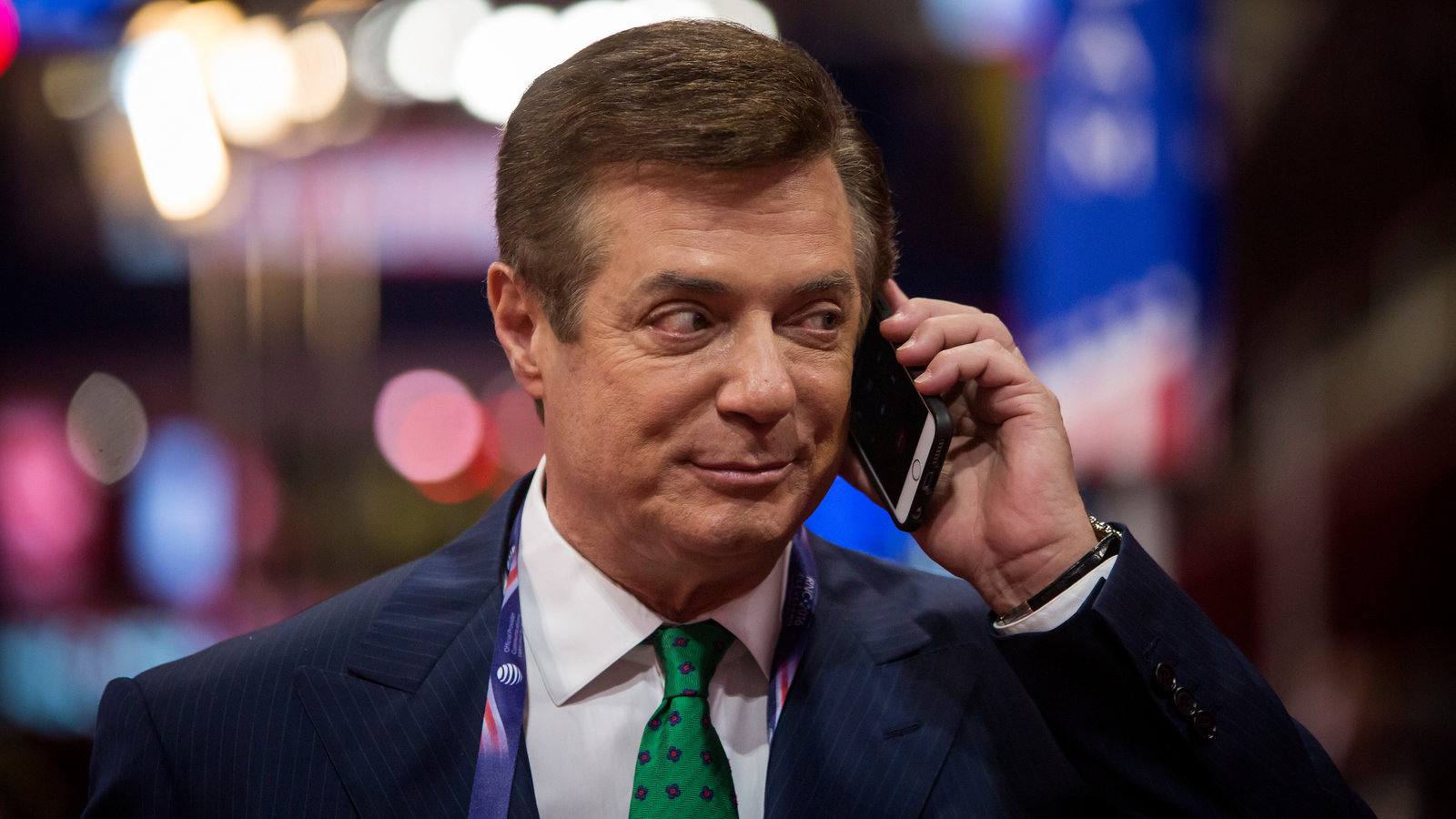 His indictment contains 12 counts including conspiracy against the United States, conspiracy to launder money, unregistered agent of a foreign principal, false and misleading FARA statements, false statements, and seven counts of failure to file reports of foreign bank and financial accounts.

That curiosity caused a couple of security researchers to dig in and discover that Paul Manafort appeared to be fond of the James-Bond-inspired password “bond007”.

Their interest was piqued in February, after Manafort confirmed to Politico that hackers broke into Manafort’s daughter’s iPhone. As Business Insider previously reported, hackers then published roughly 300,000 of what they said were her text messages —  about four years’ worth — to the “dark web.” The dark web is a secret version of the internet often used for criminal activity accessible only via a special browser.

Those messages apparently contained Manafort’s former email address, uncovered by a security researcher who goes by the online name Krypt3ia. Another researcher discovered that accounts that used this same email address were compromised in two big security hacks: the 2013 Adobe hack, and the 2012 Dropbox hack.

The password hints for the Adobe account were things like “secret agent” and “James Bond.” Those hints basically allowed the researchers to correctly guess that the password itself was “bond007.” The same Bond-inspired password worked for both the Adobe and Dropbox accounts. More here.

*** He is no longer a flight risk, the Feds have his passport. Hope they have ALL of them.

Former Trump campaign chairman Paul Manafort owns multiple passports and used a phone and email account registered under a fake name while traveling, according to a new court filing obtained by CNN on Tuesday.

Manafort, who surrendered to the FBI on Monday after being indicted as part of special counsel Robert Mueller’s ongoing probe into Russian election meddling, currently has three different U.S. passports and has submitted 10 applications for passports over the last several years, according to the filing.

Manafort used the fake name for his phone and email account while traveling to Mexico, China and Ecuador this year, the filing shows.

The new filing provided by CNN details Manafort’s extensive travels and use of multiple banks to house the millions of dollars gained through his work as a consultant for a pro-Russia political party in Ukraine.

It also shows that Manafort reported vastly different figures regarding the value of his assets, from $19 million in April of 2012 to $136 million in May 2016. More here. Manafort had a long history of being a player….crony player asking for money.

In 2008, Manafort and Zackson made an unsuccessful run at the Drake Hotel site (now home to 432 Park Avenue), backed by equity investments from a Russian metals billionaire and a Ukranian natural gas mogul who are both now suspected of criminal activity. That deal triggered a federal investigation now being run by Mueller.

In the decade since the Drake plan fizzled, Zackson, a convicted felon who became a protégé of Donald Trump’s father, Fred Trump, has tried to position himself as a master developer whose best projects are yet to come. Among these, he said, is a plan to build an apartment complex in Queens’ Willets Point neighborhood that would dwarf Stuyvesant Town and a run at the Roosevelt Hotel in Midtown.

Much like Manafort, Zackson’s real estate career is dotted with controversy. Deals tend to include a revolving cast of foreign tycoons, assorted cronies and, in at least one instance, Trump himself. In comparison with the likes of Bayrock Group principals Felix Sater and Tevfik Arif, Zackson is a lesser-known character from Trump’s old stomping grounds of high-stakes property deal-making. But understanding him is key to understanding the bare-knuckled, truth-optional world Trump inhabited and continues to reflect in his approach to the presidency.

“On the surface when he speaks to you, it seems like a great story,” Kevin Maloney, founder of Property Markets Group, said of Zackson, whom he’s battling in court. ”When you dig down, it’s not true — or it’s only 10 percent true. That’s the truth of it. There’s nothing beyond his stories, and when he gets to the end of the story, he will inevitably ask you for money.” More here.