At least 30% of unemployment claims are fraudulent. 70% of the money has left our shores…oh don’t worry…the Biden administration has set aside $2 billion to stop this. What?

Criminals may have stolen as much as half of the unemployment benefits the U.S. has been pumping out over the past year, some experts say.

Why it matters: Unemployment fraud during the pandemic could easily reach $400 billion, according to some estimates, and the bulk of the money likely ended in the hands of foreign crime syndicates — making this not just theft, but a matter of national security.

Catch up quick: When the pandemic hit, states weren’t prepared for the unprecedented wave of unemployment claims they were about to face.

By the numbers: Blake Hall, CEO of ID.me, a service that tries to prevent this kind of fraud, tells Axios that America has lost more than $400 billion to fraudulent claims. As much as 50% of all unemployment monies might have been stolen, he says.

What they’re saying: “Widespread fraud at the state level in pandemic unemployment insurance during the previous Administration is one of the most serious challenges we inherited,” said White House economist Gene Sperling.

The big picture: Before the pandemic, unemployment claims were relatively rare, and generally lasted for such short amounts of time that international criminal syndicates didn’t view them as a lucrative target.

The bottom line: Many states are now getting more sophisticated about preventing this kind of fraud. But it’s far too late. 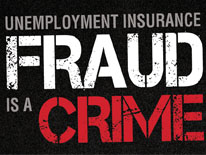 Consequences should also be on the states and we don’t spend anything more in unemployment until at least 50% is recovered…..billions of dollars likely ending up in the hands of foreign crime syndicates based in China, Russia and other countries, experts say.

“Fraud is being perpetrated by domestic and foreign actors,” Blake Hall, CEO and founder of ID.ME, told FOX Business. “We are successfully disrupting attempted fraud from international organized crime rings, including Russia, China, Nigeria and Ghana, as well as U.S. street gangs.”

Haywood Talcove, the CEO of LexisNexis Risk Solution, suggested the bulk of the money – about $250 billion – went to international criminal groups, most of which are backed by the state. The money is essentially being used as their slush fund for “nefarious purposes,” such as terrorism, illegal drugs and child trafficking, Talcove said.

The criminals have been able to access the money by stealing personal information and using it to impersonate claimants or buying it on the dark web. The groups also use an army of internet thieves to submit fraudulent claims. States, which administer the aid, may be prepared to combat fraud from individuals who are trying double-dip or cash in on benefits they don’t need, but not international criminals using the dark web to exploit the system.