Not only do individuals not do the research and proper vetting of people and information, but when the Federal government is guilty, things are really bad. The Federal government has people, technology and the resources to ‘get it right’ when it comes to spending taxpayer dollars but again, we get fleeced.

So we have this cockamamie contractor that in the end was just not real and no one up or down the system to figure that out. So, 475,000 tarps that were to be delivered to Puerto Rico, never happened but the money…well that is gone too. Yikes. 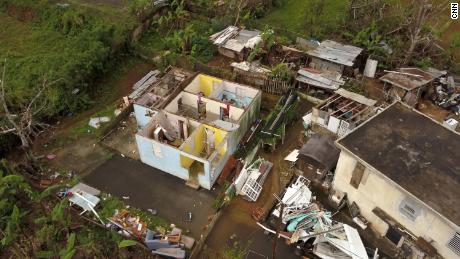 Now for the story that began burning in 2017 and continues.

The owners of the Textile Corporation of America promised the government that they could deliver 1,000 new jobs to residents of Pikeville, Tennessee, and millions of dollars of supplies to hurricane-ravaged Puerto Rico. And federal and state leaders lined up to support them, helping them secure millions of dollars in contracts and grants.

But two years later, the company is the subject of a federal criminal investigation alleging that its executives bilked taxpayers out of those millions.

According to affidavits filed by the Federal Bureau of Investigation in a federal court in Tennessee in October and February, the Textile Corporation of America (TCA) fabricated evidence of work performed at a Pikeville, Tennessee, textile plant in order to draw grants from the Tennessee Valley Authority (TVA)—a federally owned corporation—and the state’s Department of Economic and Community Development.

The FBI alleges that the company’s owners pocketed much of that money for personal use.

But more than a million dollars of the grant money, investigators say, went towards the purchase of tarps to fulfill a $30 million Federal Emergency Management Agency hurricane relief contract. The TCA sister company to which FEMA awarded that contract, Master Group USA (MGUSA), used more fraudulent paperwork, including fabricated copies of invoices and wire transfers, to conceal the fact that it was purchasing those tarps from China, in violation of federal sourcing laws, the FBI alleges. FEMA awarded MGUSA nearly $4 million before canceling the contract, after the tarps failed to meet quality requirements.

Some information about the scheme has trickled into public view over the past year. But the existence of a federal criminal investigation into TCA and MGUSA, and the full extent of their alleged fraud, as spelled out in a pair of FBI affidavits, has not been previously reported. Those affidavits, filed in November and February, sought the seizure of millions of dollars from the companies’ Pakistani-American owners, brothers Karim and Rahim Sadruddin, and search warrants for their email accounts and those of a number of family members allegedly involved in the scheme.

No criminal charges have yet been filed, and the Justice Department declined to comment. But the allegations against the Sadruddin brothers go beyond a typical case of procurement fraud, given the roster of high-profile politicians who lent their support to their companies over the past two years.

The Sadruddin brothers, and the family members allegedly party to the scheme, did not respond to requests for comment on the investigation. Nor did Troy King, the former attorney general of Alabama and TCA’s chief counsel.

King was one of a number of high-profile public figures who lined up to support TCA’s plans to buy, renovate, and revitalize the Pikeville textile plant. At an unveiling ceremony in July 2017, King, flanked by then-Tennessee Gov. Bill Haslam (R) and an aide to Rep. Scott DesJarlais (R-TN), said the project “represents the renaissance of America, the return of America as a global manufacturing center.”

“This is a great story,” DesJarlais said of the project. “A local entrepreneur made an investment in his community.”

“Textile Corporation of America’s commitment to create 1,000 jobs in Bledsoe County, a Tier 4 Distressed county, will have an incredible impact on the community and surrounding area,” promised Haslam. “We appreciate the company’s investment in our state and look forward to building a lasting partnership in the future.”

As of early this year, no work had been done at the site, and its gates had been padlocked.

A month before the ribbon-cutting ceremony, TCA received a $3 million “fast track” development grant from the state, $850,000 of which was to go towards purchasing the Pikeville facility, with the rest earmarked for redeveloping it. The company brought on a local contractor, Cagle Development, to assist with the project.

The structure of the grant stipulated that TCA would finance its own work at the site, then submit paperwork to a local development agency, which was charged with administering the grant funds. The agency would then use those funds to reimburse TCA for work performed.

In October 2017, TCA submitted its first tranche of paperwork for reimbursement: a $1.4 million invoice for work performed by Cagle on the site and records of a wire transfer from TCA’s bank account to Cagle’s. “

Ed Cagle, the contractor’s owner, recalled seeing a copy of the invoice in the company’s records and immediately recognizing that it was fraudulent. “He made up the invoice and put Cagle Development up top,” Cagle told The Daily Beast in an interview on Friday.

Cagle immediately called up the Pikeville mayor, who was one of TCA’s biggest boosters at the time and whom Cagle knew personally. “I never did receive this money,” Cagle told him. “I don’t know why somebody fabricated this but this is not me.”

Cagle would eventually tip off federal and state authorities to the apparent fabrication as well. “The FBI got involved, they came in and checked all my records,” he recalled. “They saw that I never did get the money,”

The FBI checked bank records as well and concluded that “the wire transfer record submitted by Karim Sadruddin to obtain a reimbursement… is, in fact, fraudulent.”

By the time authorities realized that TCA had already received reimbursement checks for both that $1.4 million and another $850,000 for the purchase of the Pikeville facility. In November 2017, Karim Sadruddin drove from his home in Atlanta to Pikeville, picked up the checks, and deposited them in a bank account with a prior balance of just $500.

Later that month, he submitted another invoice—also fraudulent, according to the FBI—for work ostensibly performed by Cagle and financed by TCA. In January, the company received a check for $728,000, every last penny available under the Pikeville grant.

Around the same time, the Sadruddins began hitting up the TVA for money as well. TCA had received a $230,000 performance grant from the federally owned company, and in January 2018, Rahim Sadruddin sent an email to the agency falsely claiming that the Pikeville facility was “in operation from this week onwards,” and that he wanted “to get in touch with you regarding the grant funds.”

In June, the Sadruddins officially certified that the Pikeville plant had been up and running for months. They secured the $230,000 in TVA grant money as a result.

In fact, according to the FBI, “the Pikeville facility was not commercially operational as a textile manufacturing plant. No textiles were being produced.” Instead, the affidavits allege, they were simply using the Pikeville facility as a warehouse to store tarps purchased to supply their sister company MGUSA’s $30.8 million FEMA contract, under which the company agreed to provide 475,000 tarps to areas hit by hurricanes in 2017, chiefly in Puerto Rico.

The Sadruddins had already begun transferring TCA’s grant money to MGUSA in order to purchase those tarps, according to the FBI. FEMA awarded the contract in November 2017, as TCA was drawing down its Pikeville grants. The FBI estimates that more than $1 million of TCA’s grant funds, or more than a third of the total, eventually went towards the purchase of tarps under the FEMA contract.

Soon after the contract was awarded, a FEMA representative reached out to MGUSA to verify that the tarps being provided complied with the Trade Agreements Act, which contains restrictions on countries of origin for such purchases. MGUSA documentation showed the tarps were being shipped from China, a nation barred by those sourcing restrictions.

To allay FEMA’s concerns, MGUSA provided copies of purchase orders and wire transfers designed to show that the tarps were purchased from a company in Taiwan and simply shipped through China to minimize transit costs. Those documents, the FBI alleges, were also fraudulent.

The Department of Homeland Security’s inspector general, which conducted its own investigation into the FEMA contract, determined that the Taiwanese company listed on those purchase orders didn’t actually exist. The IG also determined that the wire transfer records submitted to the agency were fraudulent.

The tarps were, in fact, coming from China. FBI investigators determined that the Sadruddins even visited the Chinese facility where they were being produced. Investigators interviewed that supplier, who told them that, “Karim wanted the tarps to be from a TAA compliant country, but the supplier explained to Karim that a factory in China was the only source which could produce the tarps in the needed time period, and after a couple of days, Karim Sadruddin agreed to take the tarps from China.”

MGUSA eventually provided more than 58,000 tarps under the contract, for which the company was paid more than $3.7 million, before FEMA suspended the work, citing concerns about the quality of the goods provided, and their Chinese sourcing. It’s not clear how many actually made it to Puerto Rico.

As it pursues a criminal investigation against the Sadruddins, the FBI has also sought to recoup the millions of dollars they say were illegally extracted by their two companies. But the frequent transfers of money between various bank accounts owned by the Sadruddin brothers and the family has apparently made recouping that money difficult.

The FBI attempted to seize more than $815,000, for instance, from a bank account in the name of Rahim Sadruddin’s wife, Fatima. But according to court filings, the bank could only locate about $130,000 of those funds.

For the residents of Pikeville, the cost of the Sadruddins’ alleged fraud can’t be measured just in dollar terms.

“What really upset me was offering people over there 1,000 jobs,” said Cagle of TCA’s textile project. “These people really put a lot of hope into that. So to see somebody come in and steal all their grant money, and them living like kings, that’s what bothers me the most.”