NYT’s: One morning last week, Argentines woke up to a political earthquake: A judge had charged a former president, Cristina Fernández de Kirchner, with “treason against the homeland,” punishable by up to 25 years in prison. Her crime? Nothing less than covering up Iran’s role in one of the deadliest terrorist attacks in the Americas before Sept. 11.

On July 18, 1994, Ibrahim Hussein Berro, an operative of the Iranian-backed Hezbollah, drove a van filled with 606 pounds of ammonium nitrate fertilizer and fuel oil into the Buenos Aires Jewish community center, known as AMIA. More than 300 Argentines were wounded; 85 were murdered. It remains the bloodiest terrorist attack in Argentina’s history.

From 2004 until 2015, our friend, the prosecutor Alberto Nisman, tirelessly pursued the truth behind this crime. He knew from his investigation that the attack was an Iranian-planned operation. And he determined that Ms. Kirchner was behind a cover-up designed to whitewash Iran’s role.

What drove Ms. Kirchner? Argentina faced deep economic problems at the time, and the financial benefits of closer relations with Iran might have tempted her. Her government also had populist ties to Iran and the Bolivarian bloc of nations led by Venezuela. Whatever the reason, never has Ms. Kirchner been formally charged in the crime. Until now.

When the federal judge Claudio Bonadio handed down the 491-page indictment against Ms. Kirchner; her foreign minister, Hector Timerman; her handpicked intelligence chief; her top legal adviser; two pro-Iran activists; and 10 others, he didn’t mince words. He called the attack on the Jewish community center an “act of war” by Iran and accused Ms. Kirchner of covering up the role of senior Iranian leaders and their Hezbollah proxies in exchange for a trade deal. 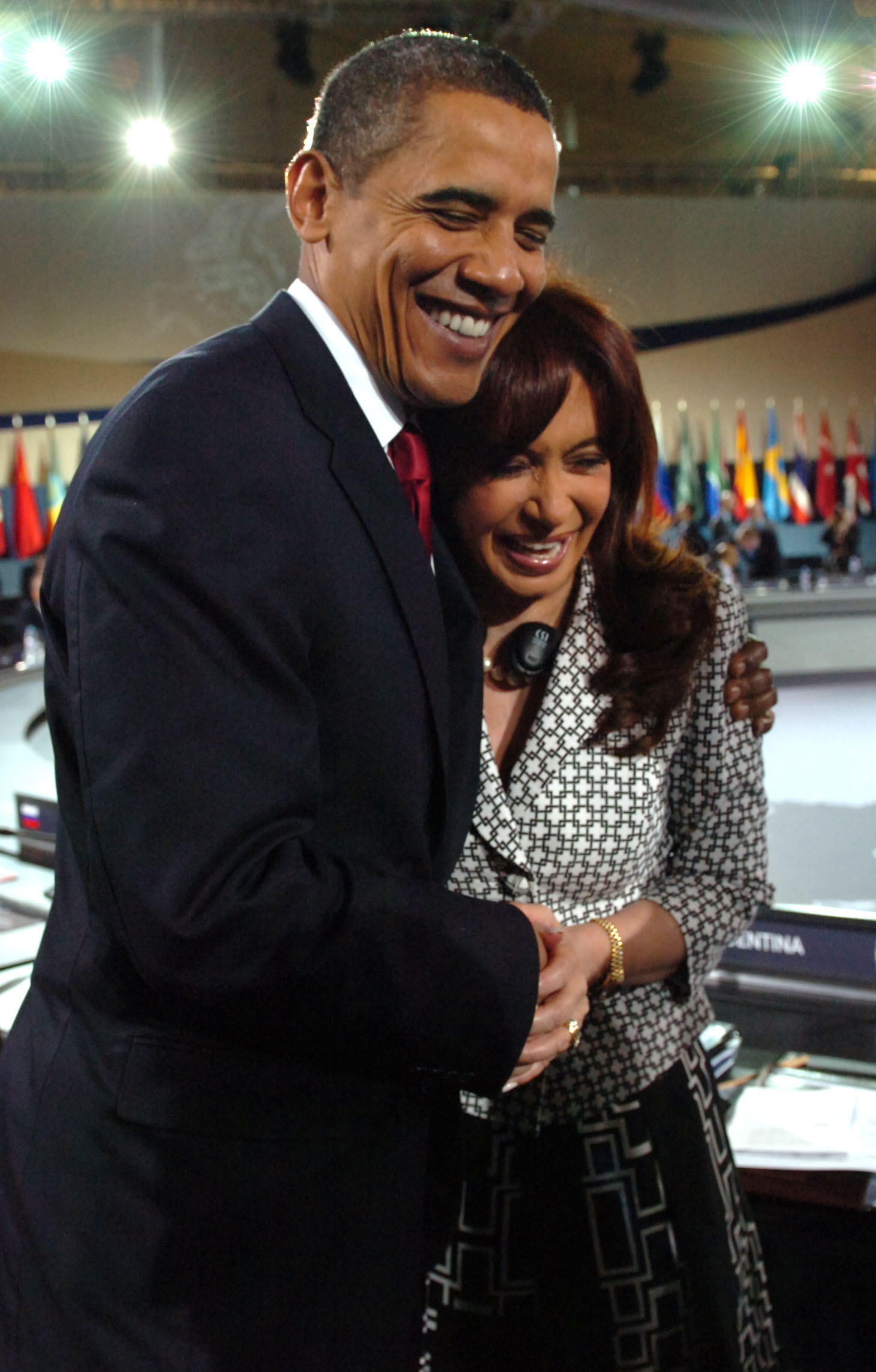 If only Alberto Nisman were alive to see justice finally being pursued.

Three years ago, Mr. Nisman was set to testify to the country’s Congress on Ms. Kirchner’s role in the cover up. The day before his testimony, on Jan. 18, 2015, he was found dead in his apartment in Buenos Aires, with a bullet in his head. This, despite the fact that he had a 10-man security detail paid to protect him.

Within hours, Ms. Kirchner announced that Mr. Nisman had committed suicide. In the days that followed, she strangely claimed his death was part of a lovers’ spat. Finally, she changed her story once more: His death may have been the result of rogue intelligence operatives.

When we heard the news of Mr. Nisman’s death and of Ms. Kirchner’s suspected cover-up, we were horrified, but not entirely shocked. Anyone who had followed Mr. Nisman’s pursuit of this case knew that he was assuming grave risks by taking on both a terrorist state and his own government. Through a decade of investigation, Mr. Nisman received death threats against not only him but his children as well. One email he told us about had a picture of bloodied and brutalized bodies lying on the ground, with a note saying this would be the fate of his young daughters if he did not cease his investigation.

None of it stopped him. Fearless and resolute, Mr. Nisman and his team had determined that former Iranian and Hezbollah officials planned the AMIA attack. He was able to show definitively that the plan included no less than Iran’s former president, Ali Akbar Hashemi Rafsanjani; its minister of intelligence; its foreign minister; the head of Iran’s Islamic Revolutionary Guard Corps; the head of the corps’ elite Quds force; the Iranian cultural attaché in Argentina; and the third secretary at Iran’s Embassy in Buenos Aires, as well as the former head of Hezbollah’s external security. His investigation led Interpol to issue red notices — akin to international arrest warrants — against six of the perpetrators. Argentina itself issued arrest warrants for Mr. Rafsanjani and Ali Akbar Velayati, then foreign minister, which Iran predictably disregarded.

But Mr. Nisman did not stop there.

In May 2013, he released a 500-page indictment outlining how Iran had penetrated not just Argentina, but also Brazil, Uruguay, Chile, Guyana, Paraguay, Trinidad, Tobago and Suriname, and how it used mosques, social service organizations and its own embassies to radicalize and recruit terrorists. Mr. Nisman also shared information that helped American authorities determine that Mohsen Rabbani, the Iranian embassy cultural attaché and one of the AMIA bombing masterminds, helped four men, including his disciple, a Guyanese official named Abdul Kadir, plot to blow up the fuel lines at Kennedy International Airport in New York. Mr. Kadir is serving a life sentence in the United States for the foiled plot, which could have led to the loss of countless lives.

In a normal democracy, investigating the murder of a man like Alberto Nisman would be a top priority. But Ms. Kirchner and her allies assured that justice for Mr. Nisman’s murder was stymied for years.

That changed three months ago, when, under Argentina’s new president, Mauricio Macri, a fresh investigation by the Argentine national police found that Mr. Nisman had been drugged with Ketamine, a drug used to sedate animals, then brutally beaten before he was shot in the head.

The case against Ms. Kirchner is based on more than 40,000 legal wiretaps and other evidence, much of it collected by Mr. Nisman, which reveals a secret backchannel between her government and Iran. On Ms. Kirchner’s personal orders, she and her associates used the backchannel to negotiate a public memorandum of understanding that would purportedly have the two countries establish a “truth commission” to jointly identify the culprits of the bombing. Mr. Nisman believed it was designed to expunge the Interpol red notices against the plot’s perpetrators.

One thing is entirely clear: Ms. Kirchner and her allies went to great lengths to establish this backchannel. For example, in 2011, Mr. Timerman, Ms. Kirchner’s foreign minister, made a secret trip to Syria to iron out the plan with Ali Akbar Salehi, then Iran’s foreign minister. This trip was revealed earlier this year by a former Argentine ambassador to Syria in court testimony. Further implicating Ms. Kirchner and Mr. Timerman is a voice recording of him acknowledging Iran’s responsibility in the bombing.

Ramón Allan Bogado, who claims to be a one-time Argentine intelligence agent and is one of those recently indicted, testified last month that the backchannel included an arrangement for Argentina to provide Iran with nuclear technology, with front companies in Argentina and Uruguay to conduct the transactions. He alleged that officials at the highest levels of Argentina’s government were aware of the scheme. If true, this would be even worse than Mr. Nisman had uncovered and may provide a further explanation about why someone wanted him dead.

The judge in the case has asked the Argentine Congress, where Ms. Kirchner serves as a recently elected senator, to strip her of immunity so that she can be arrested and tried. But regardless of what happens to her, Argentina is on track to make amends for more than two decades of gross injustice. President Macri has abandoned Ms. Kirchner’s revisionist history of the 1994 bombing, and he supports an independent investigation that would finally identify who ordered Alberto Nisman’s death.

But President Macri has more challenges ahead. As Mr. Nisman documented, Iran and Hezbollah have penetrated Latin America, and still pose a grave threat to the security of Argentina, the region and the United States.