The man who implicated Boston Marathon bomber Tamerlan Tsarnaev in a 2011 triple murder in Waltham said he and Tsarnaev took thousands of dollars from the victims and spent more than an hour trying to clean up the crime scene, law enforcement officials said.

The details were contained in a search warrant affidavit partially unsealed Wednesday in federal court in Boston in connection with the pending appeal of Dzhokhar Tsarnaev, now 26, the younger brother of Tamerlan and his coconspirator in the bombings. 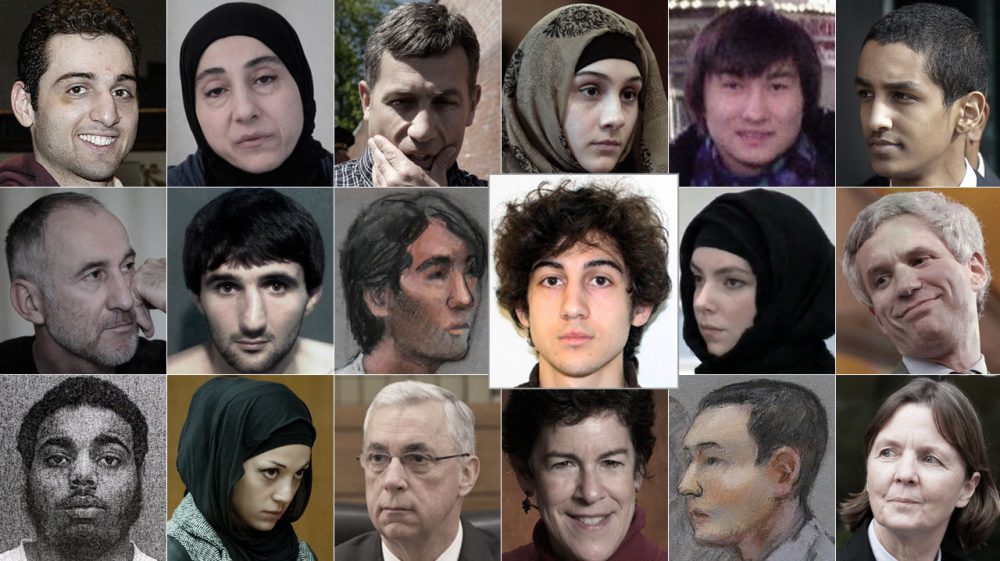 Dzhokhar Tsarnaev is challenging his conviction and death sentence in the Marathon case. He is claiming that he acted under the sway of a violent, domineering older brother. Tamerlan Tsarnaev died days after the Marathon attack during a confrontation with police in Watertown.

While Tamerlan Tsarnaev and a friend, Ibragim Todashev, were suspected in the Waltham killings previously, this week’s filing offers new details into the actions of the elder Tsarnaev in the years leading up to the 2013 Marathon bombings.

The search warrant affidavit, filed in the bombing case, recounted statements that Todashev made to investigators in a May 2013 interview. Shortly after making the statements, officials say, Todashev was fatally shot by a Boston FBI agent when he allegedly lunged at the agent with a metal broomstick.

Officials also alleged Todashev hurled a coffee table at the agent, striking him in the head. Authorities ruled that the FBI agent who shot Todashev had acted in self-defense.

“Todashev confessed that he and Tamerlan participated in the Waltham murders” on Sept. 11, 2011, of Brendan Mess, 25, Erik H. Weissman, 31, and Raphael M. Teken, 37, the affidavit said. The victims were killed in Mess’s apartment on Harding Avenue in Waltham.

One of the Waltham victims, Mess, had formerly been a close friend of Tamerlan Tsarnaev. But Tsarnaev did not attend Mess’s funeral, a friend of Mess’s told the Globe in 2013, saying it raised suspicions.

Todashev indicated that Tamerlan Tsarnaev chose to escalate the crime from robbery to murder.

“Tamerlan decided that they should eliminate any witnesses to the crime, and then Todashev and Tamerlan bound the victims, who were ultimately murdered,” the affidavit said. “Todashev said that they spent over an hour cleaning the scene.”

According to this week’s filing, Todashev and Tamerlan Tsarnaev wanted to remove “traces of their fingerprints and other identifying details” from the scene.

The two traveled to the scene of the murders together in a gray, 1999 Honda CR-V and left the scene together in that same vehicle, according to the filing.

The victims were discovered in Mess’s apartment with their throats slit and their bodies sprinkled with marijuana.

The search warrant was for Tamerlan Tsarnaev’s Honda CR-V. Investigators were seeking “blood, DNA, trace evidence, and other items” in the vehicle that may have linked him and Todashev to the Waltham slaying, according to the affidavit.

It wasn’t immediately clear whether any physical evidence was recovered.

The Tsarnaev siblings carried out the April 15, 2013, bombings, which killed three people, including an 8-year-old Dorchester boy, and wounded more than 260 others. The brothers also killed an MIT police officer while they were on the run.

State and federal investigators first contacted Todashev, who was a gym buddy of Tamerlan Tsarnaev before he moved to Florida, six days after the Marathon bombings.

Todashev spoke to investigators several times in the weeks after the bombings. But, after Todashev booked a ticket home to Russia in May, an FBI agent and two state troopers traveled to Orlando to interview him.

At his apartment in May 2013, the three law enforcement officers interviewed Todashev starting around 7:30 p.m. and stretching past midnight. Another officer stood guard outside.

At first Todashev denied involvement in the Waltham murders: “Like I said, I didn’t kill nobody and I need your help.” But eventually, he confessed that he was involved in it, officials said.

Shortly after midnight, the apartment erupted in violence. A coffee table was hurled in the air, opening a gash on the FBI agent’s head that would require nine staples. Todashev then brandished a metal broomstick and charged. The bleeding agent shouted at Todashev to stop, then fired his gun three or four times. Todashev fell, but sprang up and lunged again, and the agent shot him several more times. Todashev fell again, face down, and was pronounced dead at the scene.

Dzhokhar Tsarnaev was convicted and sentenced to death in 2015 for his admitted role in the Marathon bombings.

The heavily redacted warrant was unsealed Wednesday at the request of Dzhokhar Tsarnaev’s lawyers.

The attorneys maintain the trial judge erred when he barred the defense from telling jurors about Tamerlan Tsarnaev’s suspected involvement in the Waltham case.

Federal prosecutors have responded that the Waltham evidence doesn’t “show that Tamerlan ‘influenced’ or ‘intimidated’ him into committing the crimes in this case or that [Dzhokhar] Tsarnaev played a lesser role in the bombing.”

Oral arguments in Dzhokhar Tsarnaev’s appeal are slated for Dec. 12 before the US Court of Appeals for the First Circuit. He’s currently incarcerated at a federal supermax facility in Colorado.