We can’t know the extent of insider threats. The matter of China infecting our intelligence agencies and paying for spying continues.

Frankly, as compared to Jonathan Pollard, 180 months in prison for Hansen is hardly enough. Pollard was released after 30 years but remains on house detention. Pollard aided an steadfast ally, Israel….China is hardly a friendly country to the United States. 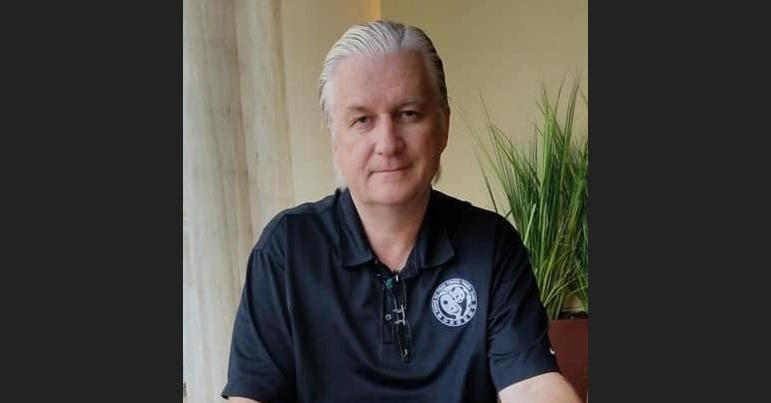 SALT LAKE CITY – A former Defense Intelligence Agency (DIA) officer, taken into federal custody by the FBI in June 2018 as he was preparing to board a flight to China, pleaded guilty Friday afternoon to attempting to communicate, deliver, or transmit information involving the national defense of the United States to the People’s Republic of China.

Ron Rockwell Hansen, 59, a resident of Syracuse, Utah, entered his guilty plea before U.S. District Court Judge Dee Benson in Salt Lake City.  The plea agreement includes a stipulated sentence of 180 months, subject to the approval of the Court. Sentencing in the case is set for Sept. 24, 2019, at 2 p.m.

Hansen pleaded guilty to the lead count of a 15-count indictment returned in June 2018, charging him with attempt to gather or deliver defense information, acting as an agent of a foreign government, bulk cash smuggling, structuring monetary transactions, and smuggling goods from the United States.  Federal prosecutors will ask the Court to dismiss the remaining counts of the indictment at sentencing, however, the plea agreement includes an agreement that relevant conduct can be considered by the Court in determining the reasonableness of the sentence.

Hansen retired from the U.S. Army as a Warrant Officer with a background in signals intelligence and human intelligence.  He speaks fluent Mandarin-Chinese and Russian, according to court documents. Upon retiring from active duty, DIA hired Hansen as a civilian intelligence case officer in 2006. Hansen held a Top Secret clearance for many years, and signed several non-disclosure agreements during his tenure at DIA and as a government contractor.
As Hansen admitted in the plea agreement, in early 2014, agents of a Chinese intelligence service targeted him for recruitment, and he began meeting with them regularly in China.  During these meetings, the agents described to Hansen the type of information that would interest Chinese intelligence.  Hansen stipulated that during the course of his relationship with Chinese intelligence, he received thousands of dollars in compensation for information he provided them.

Between May 24, 2016, and June 2, 2018, Hansen admitted he solicited national security information from an intelligence case officer working for the DIA.  Hansen admitted knowing that the Chinese intelligence services would find the information valuable, and he agreed to act as a conduit to sell that information to the Chinese.  He advised the DIA case officer how to record and transmit classified information without detection, and how to hide and launder any funds received as payment for classified information.  He admitted he now understands that the DIA case officer reported his conduct to the DIA and subsequently acted as a confidential human source for the FBI.

Hansen admitted meeting with the DIA case officer on June 2, 2018, and receiving individual documents containing national defense information that he had previously solicited.  The documents he received were classified. The documents included national security information related to U.S. military readiness in a particular region — information closely held by the federal government. Hansen did not possess a security clearance nor did he possess a need to know the information contained in the materials.

As a part of his plea agreement, Hansen admitted he reviewed the documents, queried the case officer about their contents, and took written notes which contained information determined to be classified.  He advised the DIA case officer that he would remember most of the details about the documents he received that day and would conceal notes about the material in the text of an electronic document he would prepare at the airport before leaving for China.  He admitted he intended to provide the information he received to the agents of the Chinese Intelligence Service with whom he had been meeting.  He also admitted knowing that the information was to be used to the injury of the United States and to the advantage of a foreign nation.

Hansen was arrested June 2, 2018, on his way to the Seattle-Tacoma International Airport in Seattle, Wash., to board a connecting flight to China.

As a part of the plea agreement, Hansen has agreed to forfeit property acquired from or traceable to his offense, including property used to facilitate the crime.

The case was handled by Assistant U.S. Attorneys Robert A. Lund, Karin Fojtik, Mark K. Vincent and Alicia Cook of the District of Utah, and Trial Attorneys Patrick T. Murphy, Matthew J. McKenzie and Adam L. Small of the National Security Division’s Counterintelligence and Export Control Section.  Prosecutors from the U.S. Attorney’s Office for the Western District of Washington assisted with this case.