Not like we did not already know that but actually it is worse than you think. This report comes from the University of Illinois at Chicago….ruh roh. Remember that Chicago and Los Angeles mayors are Democrats….oh yeah….Barack Obama lists Chicago as his hometown…but he never really goes there and there is corruption all over his presidential library too. 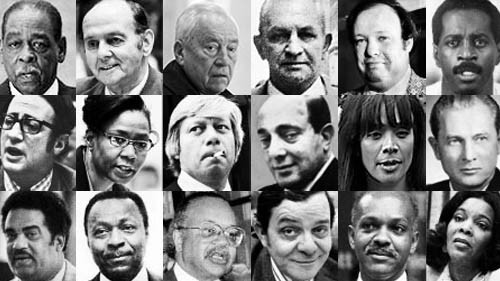 With matters like the conspiracy of the Olympics in Chicago and the whole Tony Rezko thing…the beat goes on…..

Oh yeah, just for fun, you may want to read up on Operation Greylord,  corruption in the Cook County judicial system…..

Along with Chicago, Los Angeles topped the list of the most public corruption convictions in America, based on the number of federal corruption convictions between 1976 and 2017. Chicago had 1,731 convictions during that time period, while the Central District of California had 1,534. The Manhattan area had 1,327 and Miami had 1,165, according to the report. Washington, D.C. had 1,159.

Drawing information from the Department of Justice, the report shows 25 public figures were convicted of charges tied to corruption in 2017 in the City of Chicago and the northern third of Illinois. 2017 was the most recent year for which the DOJ data was available, the report says.

More than 30 Chicago City Council members have been tied to corruption cases since the 1970’s, with Ald. Edward Burke (14th) becoming the latest Chicago politician to make headlines after being charged with one count of attempted extortion on Thursday, Jan. 3 for allegedly trying to use his power on the City Council to solicit business for his private law firm.

The charge against Burke, Chicago’s most powerful and longest-running City Council member, comes on the heels of two FBI raids carried out in his offices late last year. After serving the city’s Southwest Side for 50 years, the charge puts Burke on the ever-growing list of disgraced city officials.

Although Chicago accounts for 82 percent of the state’s public corruption convictions, according to the report, federal corruption is a statewide problem.

Statewide, Illinois ranked–on a per capita basis–as the third most corrupt state in America. In 2017, the state had 34 convictions for public corruption.

California, Florida, New York and Texas all had more public convictions than Illinois, but those states have much larger populations so they ranked lower on a per capita basis.

In a February 5th, 2018, an article in the New York Times, the newspaper included Chicago among “Four of America’s largest cities (that) are under the dark clouds of major federal corruption investigations. Residents, politicians, and power brokers in all of them are holding their breath, waiting for signs of how deeply their civic cultures will be shaken.” The Times article, written by Richard Fausset, Monica Davey and Tim Arango, states that the investigations in Atlanta, Los Angeles, Chicago, and Philadelphia raise questions about “whether there can be any lasting cure for the chronic corruption.