Whistleblowers abound, they include the EPA, the Veterans Administration and the White House. It is about time that those in government finally sound the alarm while there should be thousands more doing the same thing.

The one target rich agency that needs the most whistleblowers is in fact the Department of Justice, but that is a fool’s errand to hope for that to happen. So, there are two lawsuits brewing that are notable and it is a start in the process.  Read more...

While the insurgency at the Southern Border continues, it is important to know even more outside the scope of the obvious aired on TV.

We have at least two retired Generals that have vocally said in the last few weeks that this incursion is a national security threat, their names are General Hayden and General Kelly. So what is really going on with a solution?

Do you ever wonder where the Barack Obama anti-Israel attitude comes from? Do you ever wonder why Hillary Clinton kept her distance from standing at the side of Israel? Do you ever wonder how John Kerry has been even more assertive in his aggression on Israel? Do you ever wonder why the New York Times maintains their journalists that write pro-Hamas and pr0-Palestinian news items? There are many in the Obama circle that maintain visual and highly vocal opposition to Israel but one you should come to know and meet in Philip Gordon. Gordon was a senior policy advisor to Barack Obama during the 2008 presidential campaign. He was later named as the Assistant Secretary of State for Europe and Eurasian Affairs, responsible for 50 countries. NSC top advisor Tom Donilon completely endorses Philip Gordon. All involved completely ignore Hamas, the PLO and the fact that 20 years of peace negotiations have never advanced, so Israel is to blame according to Gordon. Why you ask? 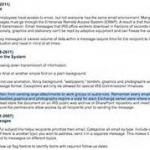 Who knew that the IRS was the only agency that runs an internal chat communication system? Seems, Lois Lerner and her inner circle made full use of it after getting full confirmation that those chat exchanges were not recorded or archived, giving full freedom to discuss with co-workers to continue to ambush of non-profit conservative groups.  Read more... 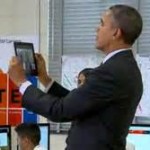 Ah, I learned about it in media reports. This is Barack Obama’s canned response to any crisis nationally or globally. Likely the best suggestion is for Barack Obama to purge his National Security Council, to purge his CIA leadership, to purge his FBI director.  Read more...