Was any of this actually discussed in that summit between Biden and Putin? No mention of any of it during the press conference. Read on…

The state trials of Russia’s newest Zircon hypersonic missile from a surface carrier will begin in August 2021, a source in the military-industrial complex told.

Moscow has warned the Pentagon that the U.S. deploying hypersonic missiles in Europe could unintentionally spark hostilities, just hours after Russia test-fired a weapon it wants to equip its warships and submarines with.

On Monday, Pentagon Press Secretary John Kirby was asked about Russia’s claims that it had successfully tested a Tsirkon hypersonic cruise missile.

“The tactical and technical characteristics of the Tsirkon missile were confirmed during the tests,” the Defense Ministry said, also releasing video of the weapon, which President Vladimir Putin had previously boasted would be able to reach speeds of Mach 9, and hit targets up to 700 miles away.

When asked about the test, Kirby said: “We’re certainly aware of President Putin’s claims, […] it’s important to note that Russia’s new hypersonic missiles are potentially destabilizing and pose significant risks because they are nuclear capable systems.”

Kirby added: “By contrast, the United States is developing solely non-nuclear hypersonic strike capabilities. So alongside our NATO allies we remain committed to deterrence while promoting greater stability in the region.”

But then we have the matter of the Havana Syndrome.

The US government is investigating a series of health incidents in the Austrian capital Vienna involving its diplomats and other administration staff.

The syndrome is unexplained, but US scientists say it is most probably caused by directed microwave radiation.

US and Canadian diplomats in Havana complained of symptoms ranging from dizziness, loss of balance, hearing loss and anxiety to something they described as “cognitive fog”.

The US accused Cuba of carrying out “sonic attacks”, which it strongly denied, and the incident led to increased tension between the two nations.

A 2019 US academic study found “brain abnormalities” in the diplomats who had fallen ill, but Cuba dismissed the report.

The Vienna cases first came to light in the New Yorker magazine on Friday and were later confirmed by the US State Department, which said it was “vigorously investigating”.

Reuters quoted an Austrian foreign ministry statement saying it was “working with the US authorities on jointly getting to the bottom of this”.

Vienna has long been a centre for diplomatic activity and has had a reputation as a hotspot for espionage, particularly during the Cold War.

Countries like the US have a large diplomatic presence there.

The city is currently hosting indirect talks between Iran and the US over attempts to resurrect the 2015 Iran nuclear deal.

Cases of the condition have been reported elsewhere in the world, but US officials say the numbers in Vienna are greater than in any other city apart from Havana.

In June, US Secretary of State Antony Blinken announced a wide-ranging review into the causes of the illness.

Then there is the matter of that pesky pipeline…Russia’s….Biden shuttered our own Keystone pipeline  on day one. 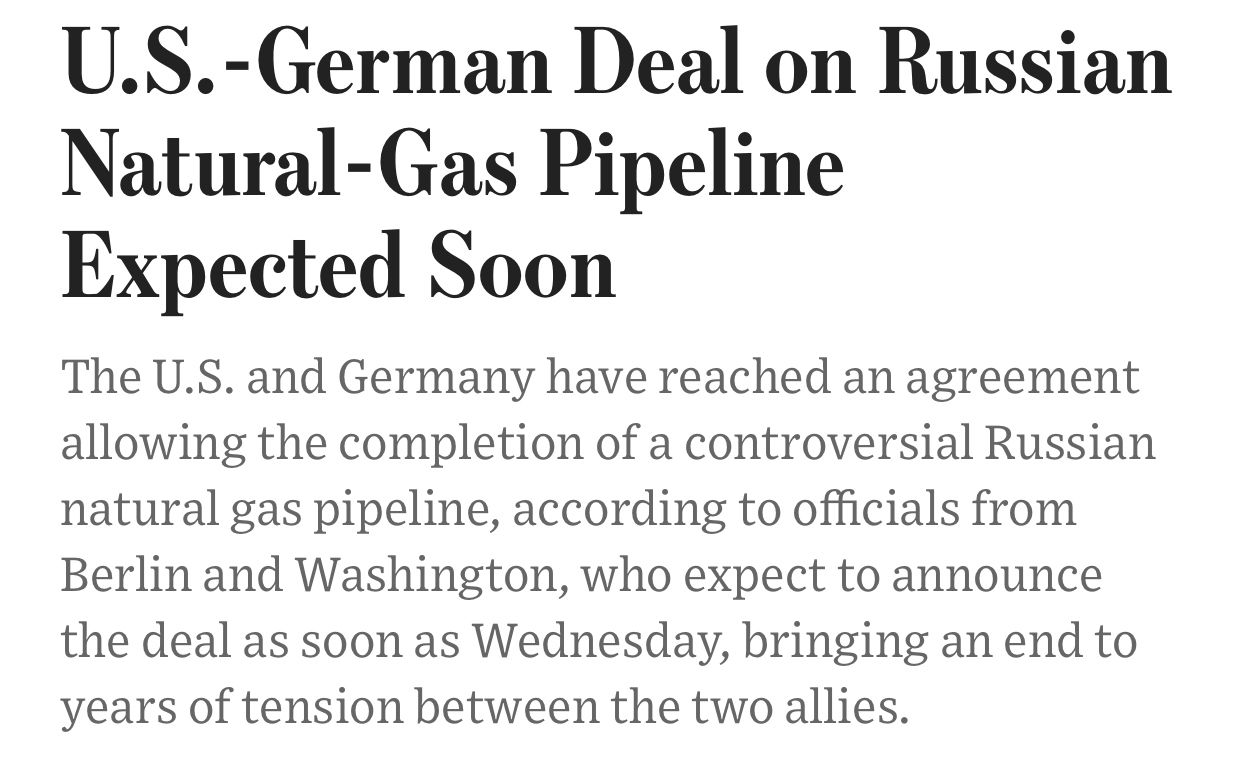