NR: The saga of Mayor Catherine Pugh is only the tip of the iceberg.

Baltimore, a once-great American city, has all but imploded thanks to decades of corrupt leadership, crime, and the progressive policies now trumpeted by Democratic presidential hopefuls as solutions to the country’s cultural and economic divisions.

The latest dramatic, if not unique, chapter in Baltimore politics is the still-unfolding story of Democrat Catherine Pugh, the long-time state senator who won the city’s 2016 mayoral election. Pugh is taking an indefinite leave of absence (but will still collect her $185,000-per-year salary) following news that she had received $500,000 from sales of self-published children’s books to the University of Maryland Medical System, where she was until recently a board member, and $300,000 from other businesses and organizations, some of which had won multi-million-dollar contracts from the city and state during her tenure in Baltimore and Annapolis. She also bought her house below market value and renovated it at a deep discount thanks to one of the businesses that bought her “Healthy Holly” books, which teach, according to one Amazon reviewer, that “Exercising is fun, but money laundering is funner.” 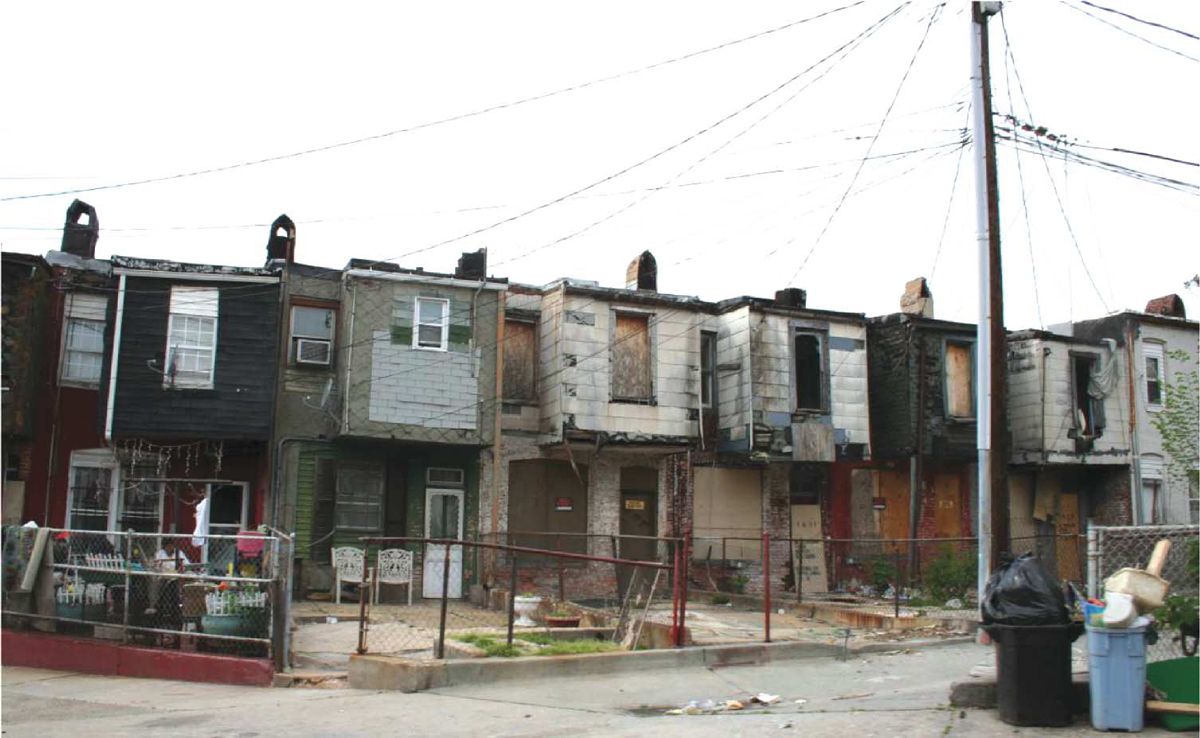 Pugh, whose homes and City Hall office were raided April 25 by the FBI amid calls from Governor Larry Hogan and other elected officials to resign over her book deals, won a tight primary race in 2016 against former mayor Sheila Dixon, who had been convicted of stealing gift cards meant for poor residents. At the time Pugh was, by comparison, the clean candidate. Which is not to say she was an exemplar of high character—in 2010 as a state senator she was the lead sponsor of the first law in the nation requiring the census to count inmates as residents of their last permanent, address rather than of their prison. This law boosted Baltimore’s declining population by some 12,000 people—and saved the city’s powerful delegation from losing seats in the state legislature. Perhaps Bernie Sanders and other Democrats should tap her for insight on the hot topic of felons and terrorists voting from prison if she is unemployed thanks to the self-dealing noted above.

Baltimore has seen better days. Established in 1729, it was the first ‘boom town’ in the United States, home to an expansive shipbuilding sector and the nation’s first common-carrier railroad (B&O) connecting Baltimore with cities as far-flung as St. Louis and Chicago. Today it is known to Americans via “The Wire,” HBO’s 2002–2008 television series that viscerally captured the hopelessness of the city’s drug-infested streets, failing schools, corrupt police department and power-hungry City Hall.

Crime is so pervasive today that Johns Hopkins University, the city’s largest private-sector employer, won approval this year from the state legislature to create its own armed police force to protect students, faculty, and its medical campus. The rate of violent crime has been terrible for years and last year Baltimore topped the FBI’s homicide list at a time when violent crime has been decreasing nationally. Security company ADT just ranked Baltimore’s residents the “most robbed” in the United States. This, four years after former mayor Stephanie Rawlings-Blake, a Democrat like every Baltimore mayor since 1967, told residents they needed to give looters “space” to “destroy” during riots following the death of Freddie Gray, a black man who died in police custody in 2015, and earlier told residents who complained about spiking crime during her tenure that they were “part of the problem.” (She decided not to run for a second term, by the way.)

But crime is only one of Baltimore’s many problems. The vast majority of the city’s public-school children can’t read or write at grade level. When they graduate from high school, 70 percent of Baltimore City public school students who enter a two- or four-year college need remedial help in basic reading and math. And then there are the massive water-main breaks that regularly halt commerce, and the 17,000 vacant houses pockmarking the city like ghosts of the city’s past stature.

What makes a bad situation worse are decades of economic policies that by design create two Baltimores—one for the connected, and one for everyone else. The city’s 2.248 percent property tax rate, more than twice as high as that of other counties in the state, drives people and businesses away from a city that desperately needs new families. Owning a $500,000house costs $11,240 per year in city property taxes, as opposed to $5,500 in the surrounding county. As more and more people leave, those same beleaguered taxpayers are forced to shoulder a larger share of the tax burden for city services. Connected developers, on the other hand, regularly receive massive tax breaks to build luxury developments like the Four Seasons, hotels like the Baltimore Marriott Waterfront, and myriad other projects that continually drain city coffers of millions without boosting employment, while homeowners effectively pay tax rates sometimes 16 times higher.

Amid these ashes, what do elected and appointed officials think will ignite Baltimore’s economy? A bigger convention center and new horse track for the Triple Crown’s Preakness, businesses with such vibrant futures that both must be massively subsidized by state taxpayers to survive. Securing public funds for both was the main focus of Ms. Pugh’s administration before she went into hiding.

And nothing is going to change soon. The acting mayor, Democrat Jack Young, is content to act as a “place holder” for Ms. Pugh until she decides—if ever—to return to office before the 2020 election. As he told the Baltimore Sun, “People should understand we’re still moving the city forward with a steady hand.” This particular “steady hand” has spent 20-plus years on the city council, overseeing its decline.

With the FBI probe casting a wider net than Ms. Pugh, the city needs to eject her from office along with the corruption and mismanagement that has plagued it for decades. The people of Baltimore deserve better.

They need someone who did not learn the Baltimore Way from their mentors and who knows how to earn the city money, not redistribute it to friends, family, and his or her own bank account. They need someone willing to make schools compete for students by becoming places where those students learn, and brave enough to make streets safe and neighborhoods thrive—not someone who will do anything to cling to power. And they need someone willing to make the structural economic reforms necessary to create jobs and lure businesses over the long-term instead of someone who can only recycle ideas that have been failing for decades.

Long-time city politicians need not apply. The city needs someone with courage, not connections. May the 2020 mayoral race, for the first time in a long time, draw candidates devoted to securing the city’s future, not their own.