Throat slit and dozens of stab wounds. This happened at a weeek ago…great job media. No suspects yet? No worries, French investigators say this may be politically motivated….really?

The murder of an unidentified man at the Hôtel Coq Hardi near Lille train station was first reported on 30 January by La Voix du Nord, a local newspaper. According to the paper, the body of the man was found in his room by the cleaning staff after he failed to check out of his room. The body bore multiple stab wounds to the neck and a knife, the suspected murder weapon, was also found in the room. 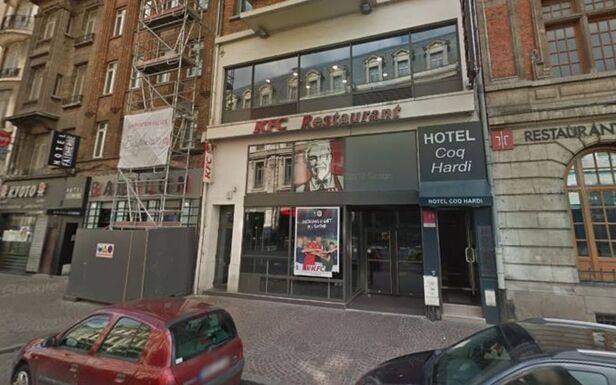 Chechens living in exile who have fought or spoken out against Kadyrov – the ruthless Chechen leader appointed by Vladimir Putin – have often been targeted for assassination. Last year, a former Chechen rebel commander was shot twice in the head in a targeted killing in Berlin’s Kleiner Tiergarten. The suspected assassin is Russian.

Imran Aliev, who settled in Belgium after leaving Chechnya, was described as an eccentric and divisive figure who often published YouTube videos critical of the Chechen government under the pseudonym Mansur Stariy, or Old Mansur. He had also sparked conflicts by targeting natives of Ingushetia and Dagestan, regions that neighbour Chechnya, in profanity-laced tirades that had earned threats on his life.

Those who knew Aliev expressed surprise that he had been targeted because he was seen as a marginal figure suffering from debilitating health issues.

“He was murdered especially cruelly,” wrote Musa Taipov, a Chechen opposition journalist based in Strasbourg who said he was in regular contact with Aliev. In a Facebook post, Taipov described Aliev as a “difficult but honest” acquaintance who was managing a difficult illness with painkillers and would sometimes issue “not entirely proper declarations”.

“Some people, they offended. For others, they were ‘funny’,” Taipov wrote. He sometimes urged Aliev to delete the YouTube videos, Taipov said, and “most of the time he agreed”.

Police have not publicly identified any suspects in the case. A lawyer who knew Aliev told the Caucasian Knot website that the blogger had received a visitor from Chechnya several days before his death. The man had asked for Aliev’s help with a health condition and the two travelled from Belgium to Lille together, where Aliev was last seen alive. The man then disappeared. Minkail Malizaev, a Chechen blogger who left Grozny under pressure and now lives in Germany, also claimed in an online post that the man visiting Aliev had also sought a meeting with him.

Thousands of refugees and emigres from Chechnya live in Europe. Many fled the two wars that devastated the region from the 1990s, while others escaped the brutal crackdown against dissent under Kadyrov, who has headed the region since 2007 and runs it as a near-fiefdom. Aliev had political asylum in Belgium, the lawyer said.

‘We can find you anywhere’: the Chechen death squads stalking Europe

The trail of assassinations of prominent Chechens in Europe and the Middle East stretches back more than a decade, and includes former rebel commanders and government critics. Increasingly, the attacks have targeted people who posed no real political danger to Kadyrov, but merely took to Instagram or YouTube accounts to voice their dissatisfaction with Chechnya’s leaders in Grozny.

“I have no doubt that [Aliev] was on a list of people who have been sentenced to death,” said Tumso Abdurakhmanov, a video blogger living in Europe who has received threats from allies of Kadyrov for his criticism on YouTube of Chechnya’s government.

Abdurakhmanov claimed that before Aliev’s murder, he had received information that a hitman from Chechnya had been dispatched to western Europe, and shared the details of the man’s itinerary with German police. Abdurakhmanov said he initially believed that the hitman was targeting him. He declined to reveal the source of that information. More here from The Guardian.