Any of these organizations calling for a restoration of law and order yet? Biden or Harris? Nah, but read on….

A judge in Portland, Ore., is proposing that the uniforms of federal agents responding to long-running protests and unrest in that city be emblazoned with easily visible numbers so officers can be easily identified if they commit abuses.

U.S. District Court Judge Michael Simon aired the suggestion Friday in connection with a lawsuit he’s overseeing that accuses city police and federal law enforcement officers of unjustified use of force against journalists and legal observers monitoring the protests, which have centered in recent weeks on the main federal courthouse in Portland.

“I do think it might be appropriate to require any federal law enforcement officer who steps out of the federal courthouse building to wear a unique identifying code,” Simon said during a 90-minute teleconference with lawyers involved in the case. “I’m taking this very, very seriously.”

The judge said he was considering ordering that federal agents — including scores of officers the Trump administration dispatched to the city from across the country — wear numbers about 8 inches high that would make it easier to assess whether some officers are violating a temporary restraining order the court issued last week.

Simon said he was thinking of something like the jerseys professional sports players wear, minus the names, which he said would expose law enforcement officers to the threat of doxing by the public.

The judge’s restraining order bars law enforcement from targeting journalists or legal observers and also gives those categories of individuals the right to remain in areas even if authorities require the general public to disperse because of riotlike conditions. More here. 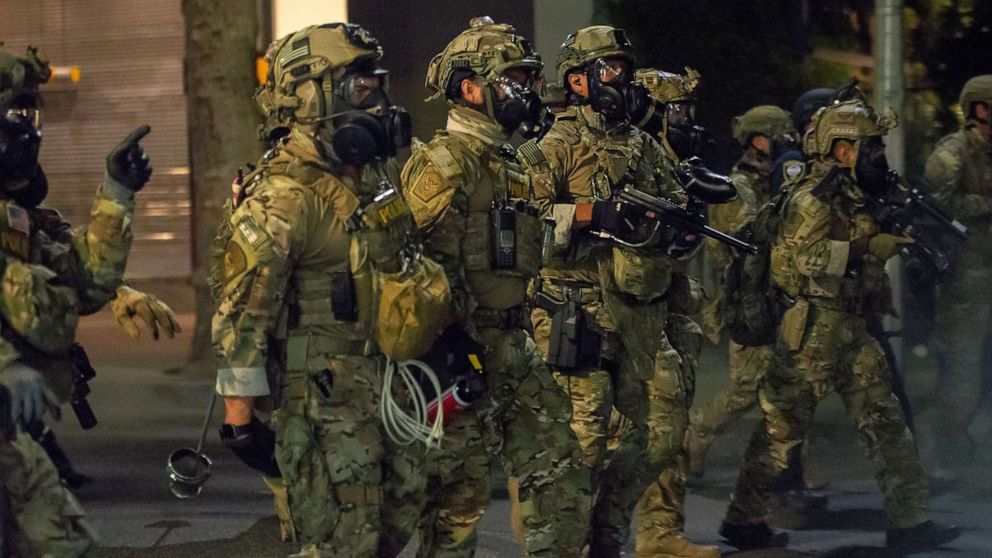 Note police on the uniforms

So, we now have judges that condemn the actions of law enforcement while the judges never seem to ask questions of Soros DA’s not prosecuting the militants in these cities. And the ACLU is for the most part taking the same position without consideration to all the work and departments within DHS. 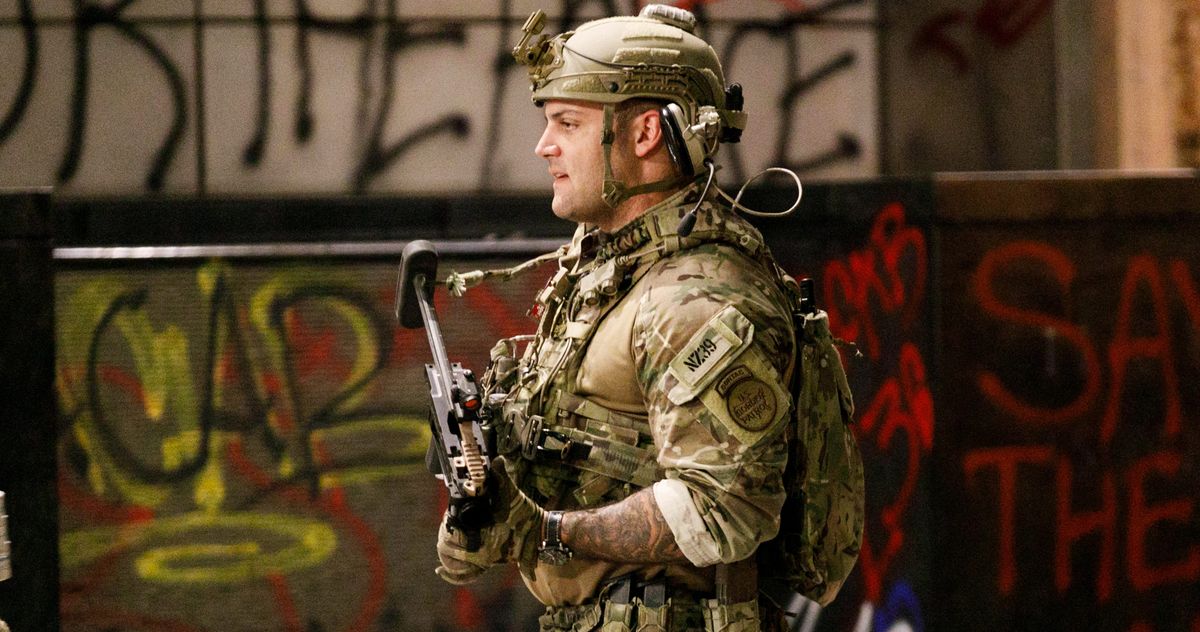 Note here he has identifiers.

The American Civil Liberties Union on Monday called for the dissolution of the Department of Homeland Security, calling it a “fail[ed] experiment” that has become a “badge of shame” under President Trump.

“Nearly 20 years of abuse, waste, and corruption demonstrate the failure of the DHS experiment. Many knew DHS to be an ineffective superagency, but President Trump has converted DHS into our government’s most notable badge of shame,” the organization said in a series of tweets Monday.

“Dismantling DHS, breaking it apart into various federal agencies, and shrinking its federal budget will allow for more effective oversight, accountability and public transparency,” it added.

The organization linked to a USA Today op-ed by executive director Anthony Romero that specifically cites the “unlawful and shocking” deployment of DHS personnel to Portland, Ore.

In the op-ed, Romero noted several former DHS and national security officials who have expressed dismay at the recent trajectory of the department.

Former Secretaries Tom Ridge and Michael Chertoff have both criticized the Portland deployment, while former White House counterterrorism adviser Richard Clarke has called for DHS to be dismantled.

In addition, Romero wrote that DHS is an “ineffective superagency” made up of 22 different agencies with contradictory mandates.

“Dismantling DHS, breaking it apart into various federal agencies, and shrinking its allocation of federal dollars will allow for more effective oversight, accountability and public transparency,” he wrote.

DHS was set up by Congress after the Sept. 11, 2001, attacks. The idea at the time was to increase the importance of homeland security by unifying various parts of the government under one umbrella.

But criticism of DHS has increased over the years, and particularly over the last few months amid reports of federal police in unmarked vans detaining people in Portland.

“The spun-off agencies will have clearer missions and more limited functions,” Romero wrote. “A behemoth of a federal agency too easily hides its problems and failings. Congressional oversight can be more readily divided among various congressional committees. Smaller agencies with clearer mandates will make the Cabinet-level jobs more attractive to top-notch professionals.”

The ACLU in July sued DHS and the U.S. Marshals Service over the Portland deployment. Plaintiffs in the case include the Portland Mercury as well as several journalists and legal observers who claim agents assaulted them.