Severodvinsk is a well known Naval Testing Range and Russia is concealing data after the explosions at the missile test site.

Two Russian nuclear monitoring stations—specifically designed to detect radiation— “went silent” in the days following an explosion of what many believe was a nuclear-powered missile earlier this month during tests at a remote base, a nuclear official said in an email Sunday.

Lassina Zerbo, the head of the Comprehensive Nuclear Test  Ban Treaty Organization, told The Wall Street Journal in an email that two days after the explosion that the monitoring stations in Kirov and Dubna suffered “communication and network issues.”
Explosions rock Russian ammunition depot in Siberia – YouTubehttps://www.youtube.com

There have been reports that Russia has not been fully transparent about what occurred at a military base in the far northern Arkhangelsk region. The initial report from the country’s nuclear agency said that five workers were killed in a rocket engine explosion. The Guardian reported that radiation levels in Severodvinsk, a nearby city, increased 20 times above normal for about a half hour after the explosion. More here. 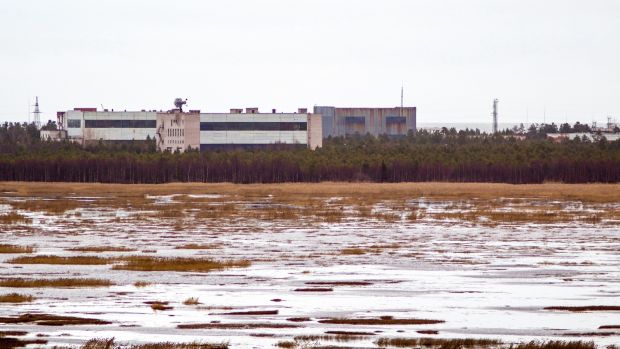 FPRI has more detail in part:

Why would Russia stake its prestige on a weapon system that the United States abandoned in the early 1960s? One reason might be a nuclear-powered cruise missile’s asymmetric deterrence impact, which given unlimited range, could alleviate “some of the difficulties associated with this medium/long range challenge, helping the Russians navigate around pockets of NATO aerospace and sea control to strike at assets supporting NATO and U.S. force projection,”[18] writes Ryan Kuhns, a Program Analyst with the National Nuclear Security Administration’s Defense Programs. The Severodvinsk incident might have been a Burevestnik prototype test gone wrong. While from an engineering perspective, it is certainly possible with a nuclear thermal reactor based on a solid uranium core, a liquid radioisotope core, or even gaseous uranium to use thermal energy generated from radioactive decay to heat liquid hydrogen fuel, such technologies are unproven with regard to missiles.

On the other hand, the limited facts that exist in the public domain support an alternate, more plausible thesis: if a radioisotopic power system was involved and a liquid-fuel engine exploded, the Severodvinsk incident might well have been a Russia space program test gone wrong, possibly involving a small, uranium-235 based fission reactor. The Severodvinsk venue makes sense: the Russian Navy was involved in the country’s space program in the 1990s and 2000s. There is ample technical precedent as well. In April 1965, the United States successfully flight tested a flight-qualified fission reactor, the SNAP (Space Nuclear Auxiliary Power) 10A. The SNAP 10A converted heat from radioactive decay directly into electricity by means of a radioisotope thermoelectric generator (RTG). The radioactive isotope strontium-90, for example, has been used in both American and Russian RTGs.

If true, it could be suggested the Russian government used a false Burevestnik accident narrative to support a larger, perhaps equally fictitious one regarding Russian missile prowess and the penetrability of Western anti-missile defense. The Office of the Secretary of Defense’s 2019 Missile Defense Review[19] noted that “Russian strategy and doctrine emphasize the coercive and potential military uses of nuclear weapons, particularly including nuclear-armed, offensive missiles”: