Primer: He’s a marine who has served at CIA bases in Iraq and was found with specialized weapons and a large amount of USD. In April of 2020:

(Reuters) – Venezuela has received refining materials via plane shipment from Iran to help it start the catalytic cracking unit at the 310,000 barrels-per-day Cardon refinery, which is necessary to produce gasoline, an official said on Thursday.

The shipments mark a new stage in cooperation between the two OPEC nations that are both facing crippling U.S. sanctions, with their levels of oil production and exports declining in recent years due in part to the pressure from Washington.

Erling Rojas, vice minister for refining and petrochemicals in Venezuela’s Oil Ministry, announced the arrival of the material on Twitter. “Thanks to the support of our allies in the Islamic Republic of Iran,” he tweeted.

Word of the alleged U.S. spy came after a Venezuelan court last month sentenced two former U.S. Green Berets to 20 years in prison for their role in a failed incursion in May.

Separately during Friday’s broadcast, Maduro said that in recent days security forces had also foiled a plot to cause an explosion at another oil refinery, El Palito in Carabobo state. He did not elaborate.

The President of Venezuela, Nicolás Maduro, announced on Friday the arrest of an alleged “American spy”, who was reportedly arrested near the largest oil refinery complex in the country. The alleged spy, who has not been named, was reportedly in the vicinity of the Paraguaná Refinery Complex, which is known as the third largest refinery complex in the world. It combines the Amuay, Bajo Grande and Cardón refineries, which together produce nearly a third of Venezuela’s daily oil output. 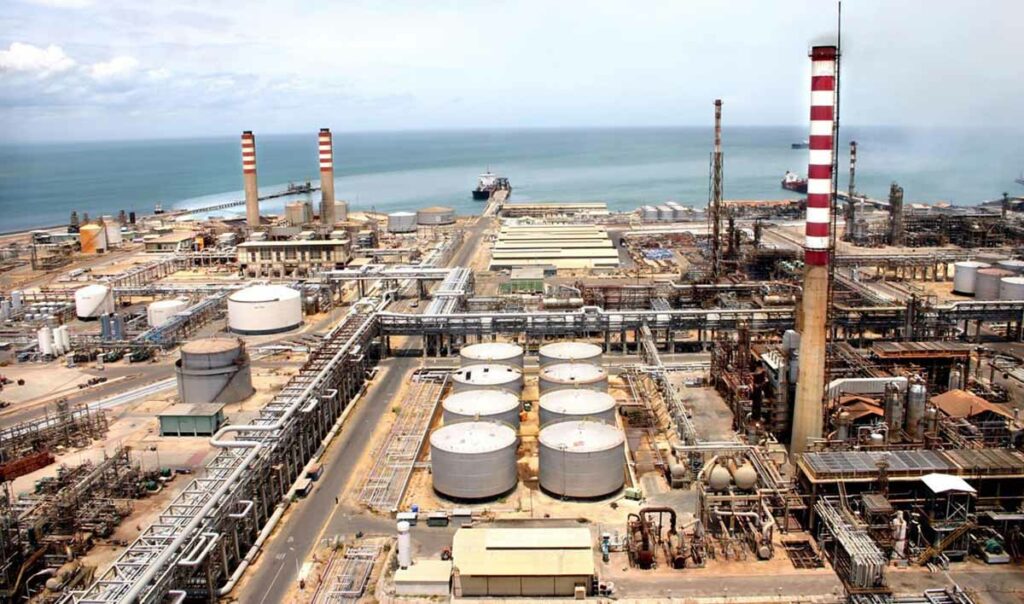 During a live address on Venezuelan national television, Maduro said an American citizen had been arrested on Thursday in Falcon State, in Venezuela’s northeast. Falcon is the site of the Amuay and Cardón oil refineries and much of the local population is employed in the state-owned oil industry. The Venezuelan president said the alleged spy is “a marine” who was “serving on [Central Intelligence Agency] bases in Iraq” prior to arriving in Venezuela. He added that the alleged spy was “captured with large amounts of cash, large quantities of dollars and other items”. He did not elaborate further, but said the detainee was in the process of “giving a statement in custody”.

Maduro also said that Venezuelan security forces had foiled a separate plot to bomb El Palito, which is another oil refinery, located in Carabobo State. He then urged workers in oil refineries to “be on alert” in case more attacks are planned. Venezuela’s oil production has fallen to nearly a third of its peak output in 2009, when the country was producing 3.2 million barrels per day. The government blames the oil shortage on acts of sabotage from domestic and foreign enemies of President Maduro, but opposition parties claim that mismanagement and corruption are behind the demise of the Venezuelan oil industry.

Earlier this year, a Venezuelan court sentenced two American former servicemen to 20 years in prison for their role in what the Venezuelan media refer to as “enfrentamiento en El Junquito” (“El Junquito raid”), or “Operación GEDEÓN”. GEDEÓN refers to a failed coup plot carried out on May 3 and 4, 2020, by a group of up to 60 armed men. It is alleged that the coup was masterminded by Major General Clíver Alcalá Cordones, a retired member of Venezuela’s Bolivarian Army, with the support of Silvercorp USA, a private security group led by Jordan Goudreau, a Canadian-born former sergeant in the US Green Berets. The United States government has denied involvement in the coup plot.

Posted in #StopIran, Citizens Duty, Department of Defense, DOJ, DC and inside the Beltway, FBI, The Denise Simon Experience.