Actually we should all be grateful to Edward Snowden for what he revealed about the NSA and the sweeping indiscriminate spying on U.S. citizens without a warrant or approval. This caused a real debate and formal discussion where the checks and balances should be a mission of all citizens.

Snowden has the proof for the sake of validation but should there be limits to what is published globally?

Glen Greenwald along with some partnerships that included the founder of eBay has exposed worldwide documents that exposed sources and methods that likely has crossed the Rubicon. The debate has caused alarm and decisions are underway to address the intrusion into the privacy of common citizens. What is surfacing is social modeling and behavior control, something that has little attention, yet should.

Greenwald is publishing more yet to what end? The other question should be what is the solution to protect privacy, maintain limits of Constitutional protections and use of information for the sake of national security

Use of the social networking not only profiles all users regardless of their methods of communications, it does the same with terrorists, and it should. A deeper look is required however. 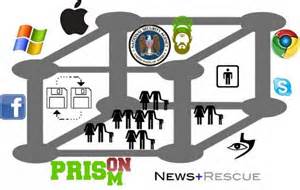 Ever since The Guardian reported that the National Security Agency (NSA) has been collecting the phone record metadata of millions of Americans, the cable talk circuit has been ablaze with pundits demanding answers to what should be obvious questions.

Who knew about the program to collect data? (Apparently, all three branches of government). Who else has been supplying data?  (Just about everybody, according to the Washington Post). What is metadata?  (It’s data about data).

The question that nobody seems to be asking is probably the most important one:  What is the NSA doing with the data and why do they need so much of it?  The answer is a relatively new field called social network analysis and, while it may make people uneasy, the benefits far outweigh the risks, so it is probably something we will just have to accept.

The New Science of Networks

The story of networks starts in 1736, long before the United States became a country, when Leonhard Euler set out to conquer a famous math problem concerning the Seven Bridges of Königsberg. To solve it, he created a new form of mathematics called graph theory, which concerned itself with links and nodes in a network.

In the 1950’s, interest renewed in Euler’s networks.  First, Anatol Rapoport introduced the concept of triadic closure, which asserted that networks grow when people meet through a central friend that they both know.  Later, Erdős and Rényi showed that as networks got bigger, communication among the people in the network got much more efficient.

In the 1970’s a sociologist named Mark Granovetter argued that we get most of our information not through close friends, but through weak ties and in the 1990’s Watts and Strogatz built on Granovetter’s work by showing that small clusters of people naturally organize themselves into far flung networks.

So by the late 1990’s, the small field of network analysis had built into a full fledged science and it was about to be applied to an increasingly important problem:  Terrorist networks.

Valdis Krebs of Orgnet is a network scientist who in 2002 published a widely praised paper on mapping terrorist networks and has since consulted with the Defense Department on methods and approaches of evaluating and dismantling terrorist organizations.

It used to be that law enforcement officers would simply watch the two men closely, but in the era of global jihad, that’s much too slow to save lives.  The two might be peripheral to the conspiracy and it could take years before you could connect them to the leadership of the network, if ever.

Here’s where the data from Verizon and other companies comes in.  If you can analyze communication records, you can move much more quickly.  However, you don’t want to look at everyone the suspects talk to because you’ll end up with mostly incidental contacts, like friendly neighbors and delivery men.

But if you kept Rapoport’s concept of triadic closure in mind and had full access to communication records, you could look for contacts the two suspects have in common and start to build out a map of the conspiracy.  Read more here and see the graphic illustrations.

Now is the time to question boundaries, collateral damage and protection results with regard to offensive measures against terrorists.