The Biden administration is blaming the Taliban for blocking 6 aircraft full of Afghan refugees in Mazar i Sharif from departures, but it is really our own State Department. 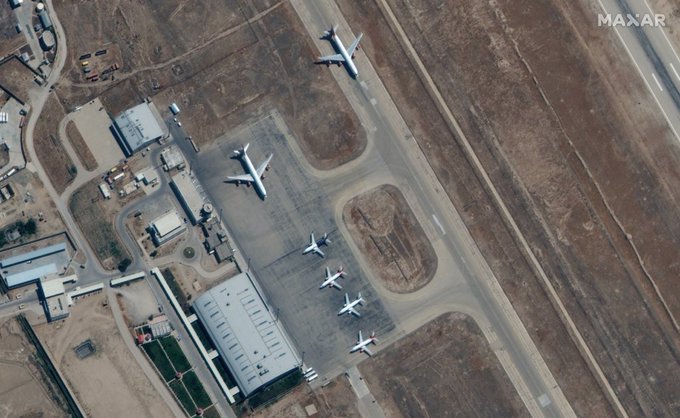 Congressional and NGO sources say here are at least two physical plans on the ground and six more with approved clearance. The obstacle is the Taliban — which controls the airport and is not letting people board or the planes take off.

The Taliban is being blamed…is that really the case?

“Multiple planes that are ready to take American citizens and green card holders out of the country are being denied permission to leave by the Taliban,” CBS News reported, according to congressional and NGO sources. An email viewed by the network said that the flights were cleared to land in Qatar “if and when” the Taliban agreed to let them leave.

A senior congressional source told the network that “the Taliban is basically holding them hostage to get more out of the Americans.”

“The group Ascend, an NGO that teaches young women leadership through athletics, told CBS News they have two planes that have been waiting for six days ready to take between 600 and 1200 people — including 19 American citizens and two permanent residents,” the report added. “The planes are not currently loaded. The passengers are being held nearby, because the Taliban won’t let them into the airport, according to a senior congressional source.”

It is in the Taliban’s best interest to allow international air traffic for basic supplies and humanitarian operations. You see there are other flights operating in Afghanistan actually.

A civilian plane has flown daily sorties from the closed facility to the southern city of Kandahar, flight records show.

The “morning shuttle to Kandahar,” as aviation-watchers have dubbed the daily flight, appears to have taken place in the chaotic aftermath of relinquishing airport control to the Taliban, according to records viewed by Just the News.

Data on flight tracking sites have shown empty airspace over Afghanistan at least since the early evening of Aug. 30, after the last U.S. military plane took off from Kabul.

As of Thursday, Qatari Foreign Minister Mohammad bin Abdulrahman Al Thani said that the airport is closed, with “no clear indication” of when it will reopen. “We remain hopeful we will be able to operate it as soon as possible,” Al Thani told reporters in Doha. “We are still in the evaluation process. … We are working very hard and engaging with the Taliban to identify what are the gaps and the risks for having the airport back up and running.”

Officials from two Afghan civil air carriers — Kam Air and the state-owned Ariana Airlines — have said that their operations in Kabul have been paralyzed by damaged aircraft and systems and by losing access to key personnel, such as pilots and engineers. Additionally, systems in the airport itself have been damaged, officials said.

Should we rally be trusting Qatar? For more than ten years, I have said NO. As an update –>

Ariana Afghan Airlines has resumed flying between Kabul and three major provincial cities after a technical team from Qatar reopened the capital’s airport for aid and domestic services.

Flights between Kabul and the city of Herat in the west, Mazar-i-Sharif in the north, and Kandahar in the south have restarted, the airline said in a statement on its Facebook page.

Lauding this as a step taken to return the country to relative normality after a tumultuous period, the ambassador added that the airport runway has been repaired in cooperation with Afghan authorities.

Reopening the airport, a vital lifeline to both the outside world and across Afghanistan’s mountainous territory, has been a high priority for the Taliban as it seeks to restore order after they completed their lightning seizure of the country by taking Kabul on August 15. 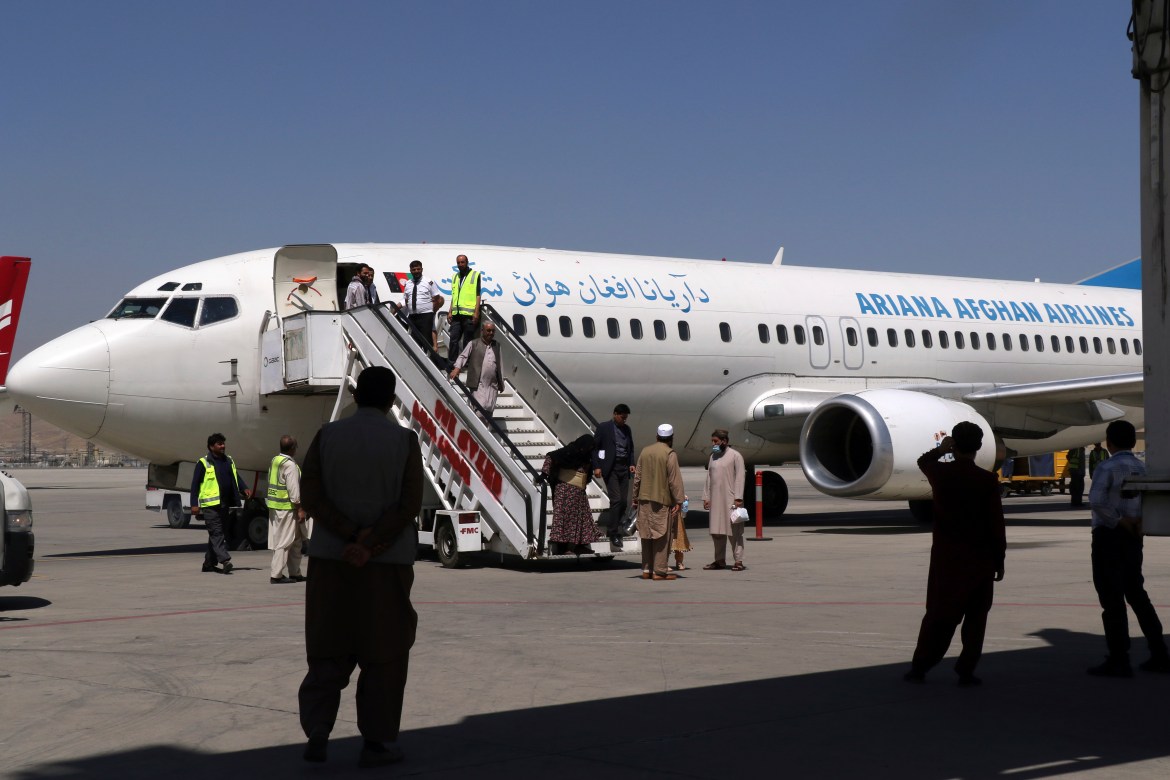 While all this is going on, no one is discussing the involvement of Pakistan. The Taliban has been supported since inception by the ISI in Pakistan. So, where is the Biden administration on this? How about those stranded planes just take off and fly to Karachi and land under an emergency status? Let the formal confrontation begin where it should be and stop with the alleged Qatar diplomacy? Some strategic thinking is needed here and now.